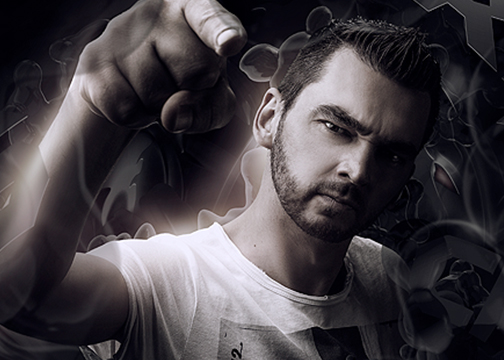 DID YOU KNOW: CRYPSIS

…used to be a Hardcore producer back in the days? He is broadly known for his early Rawstyle sounds and his brilliant producer skills. But a member of the ‘Minus is More’ label had Hardcore in his veins? His Rawstyle tracks like ‘Torture’ or ‘Break Down Low’ are made for history and still played on nearly every bigger festival. Let’s have a look

Grzegorz Luzynski aka Crypsis suddenly appeared on the hardstyle radars in late 2008 / beginning of 2009 when his first tracks like ‘Get hit’ got played by all the major hardstyle DJs. But he did not appear out of nowhere.

Before 2009 he focussed on producing hardcore under his alias Crucifier mostly together with Angerfist. Tracks like ‘Sensational Gargle’, ‘Broken Chain’ and his Remix of Despairful Tomorrow’s ‘And hell followed’ where big hits back then

The crowds used to go really mad when those gems got spun at the festivals. If we remember correctly the last track he produced as Crucifier was his collab with Angerfist ‘Tonight’ before he completely switched to hardstyle and became one of rawstyle’s pioneers. Let’s hope Crucifier will have his comeback – even if it was just for a one-off-release.