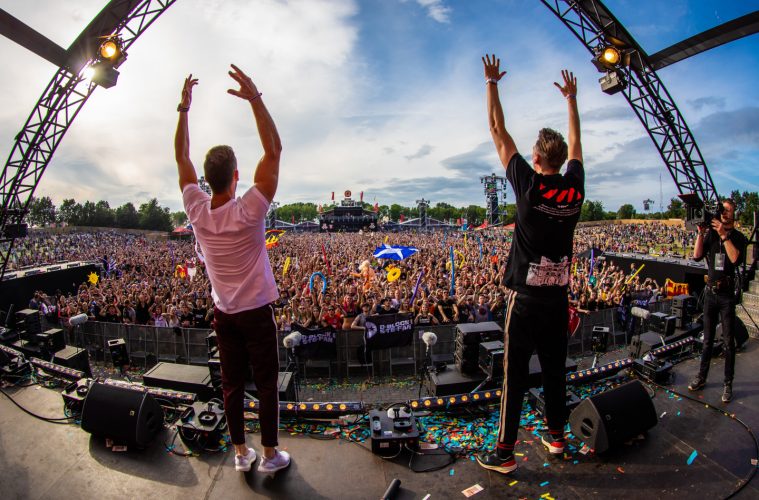 Did you know that D-Block & S-te-Fan…

… used to be on Dana’s label Danamite? The world of Hardstyle is a creative and unique one. But a lot of interesting stories get forgotten over time or are sometimes even buried. Hardstylemag digs out some stories from the past

D-Block & S-Te-Fan, born Diederik Bakker and Stefan den Daas respectively, are a euphoric hardstyle duo from The Netherlands who started producing in 2004.

Before becoming a duo, they both experienced moderate success as solo artists, but their coming-together gave them the most success with tracks such as’ Angels & Demons’, ‘A Decade of Dedication’ or even the Defqon. 1 Anthem 2020 ‘Primal Energy ‘.

Performing and recording together they had their first release as D-Block & S-te-Fan in 2005 called ‘Fresh New Beat’ on the label Danamite from Dana. The pair had a string of releases on various labels before signing for Scantraxx and launching their own sub label, Scantraxx Evolutionz, on which they continue to release as of 2014.

During their career, they have performed at many events including Qlimax, Mysteryland, Thrillogy, EDC and Decibel.

In 2015 D-Block & S-te-Fan had released three singles with their house productions dubbed DBSTF. Blasterjaxx had collaborated with them to release a track called Beautiful World on January 5, 2015 with vocals from British Vocalist Ryder on Hardwell’s Label Revealed Recordings. They also made of it a hardstyle remix with their original alias D-Block & S-Te-Fan. They released another Track on Doorn Records called Do Your Thing on April 6, 2015. They released a new track under Mainstage Music with Hilversum Progressive House Duo Sick Individuals titled Waiting for you on August 3, 2015.

They still produce hardstyle with their original alias D-Block & S-Te-Fan.