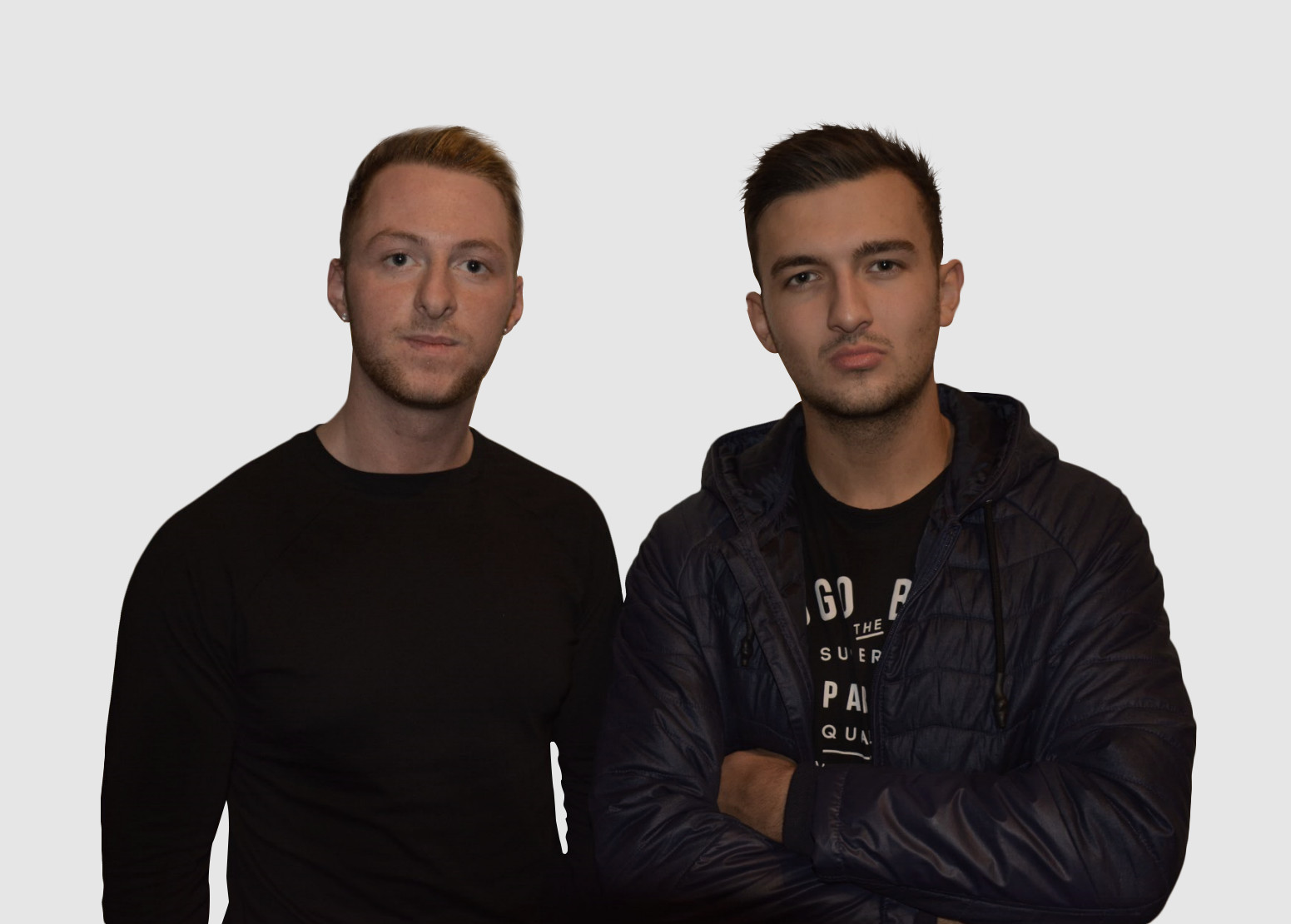 Interview with Rebelion – The Uprising

Two guys, one passion, one vision. These guys are ready to unleash their sound upon the Hardstyle scene. Prepare for demolishing kicks and destructive basslines. You’d better join the Uprising, there is no way to avoid these two youngsters anymore! We are excited to catch up with Raymond and Gary, better known as Rebelion, from the label Gearbox Digital! Let’s have a chat about their vision, the past and future, the tour and their upcoming album!

Hi guys, we are very honoured to have you here! Your fan base is growing insanely fast, the bookings are going well, the preparations for a new album, how are you dealing with all this madness?
Hi there, it’s our pleasure! Well the good thing is amongst the madness everything is going great! We have a strict schedule to make sure we are on top of everything for the album, but of course sacrifices have to be made which has an impact on our ‘social’ life!

How did you guys come up with the name Rebelion? And why did you guys choose this way of spelling it?
It was Gary that came up with the name ‘Rebellion’ and after a few weeks of being in the studio together, putting our ideas together we knew we were on to something! So we set up a Facebook page and started designing our logo, to which we found spelling ‘Rebellion’ with one ‘L’ looked a lot cooler, therefore the name ‘Rebelion’ was born haha!

As mentioned above, your career is growing fast, you guys get big attention in a short amount of time. Do you experience any up- and downsides? How do you handle these situations?
I guess so far we can only say there is up-sides, everything is going well and we hope it will continue that way!

Hardstyle is not very known in your country, how did you get in touch with the Hardstyle sound? Did you guys directly like the rough, rawer sound?
We both stumbled upon hard dance a long time ago, and from there our passion for Hardstyle/Hardcore grew! Of course back then ‘Raw’ wasn’t as popular as it is now, but over the last few years it has became our favourite style!

Luminite - Be The Baddest (Rebelion Remix)

What does your studio look like? Which equipment do you have and which software is installed?
Our studio is pretty basic; we have a Focusrite Scarlett 18i20 soundcard, a Subzero SPC61 Key Midi Keyboard and a pair of Adam a77x monitors (Which are absolute beasts)

The rougher side of the Hardstyle spectrum is taking over more and more. What are your thoughts about this? Why do you guys think that people like it rougher than a few years back? How do you see this Hardstyle evolution?
We both noticed a few years ago that the rougher side was about to explode, and with our passion for that style of Hardstyle that’s why we decided to focus Rebelion on the rougher sounds. That being said, we think its more popular now because there is more accessibility than ‘Euphoric’ there’s live acts, fresh Collab’s and there’s always one act willing to ‘push the boundaries’ which you don’t find as much in the Euphoric scene.

You guys are signed at Gearbox Digital, how did you come in touch with this label?
Almost two years ago now, we sent our first ever track ‘Extermination’ to Gearbox Digital as a demo, which caught the attention of the main dawg of Gearbox Phil McDonald, and he saw potential. So he set us the challenge of producing a track for the upcoming album ‘Mechanical Warfare’. Soon after that he offered us a contract which we were extremely happy with!

We’ve read many positive reactions and the label is growing just like you guys. Gearbox really seems like a family, can you tell us something about it?
Of course it’s like a family, everyone gets on great! We have a group chat which we all have a great laugh on and share feedback on upcoming releases. We get on well with everyone in the label. (apart from Rooler, fak u)

Let’s talk about the album, when did you guys start thinking about doing the album?
We always said from the start of Rebelion, we wanted to come onto the scene with a ‘BANG’ so at the beginning of this year, we moved out of Raymond’s bedroom into a proper studio, where we could spend as much time we wanted working on tracks and no mothers wanting to beat our asses for having the volume up too loud haha! The inspiration at the point was through the roof, and we already had 5 tracks waiting for release, and that’s when we had the idea of the album!

The Uprising is not the only album announced this year, why do you guys think your album will succeed and top some of the others? Did you guys feel forced to create an album because others were doing it?
We feel our album will top some of the others as its unique in its own way, as it is being released on a USB wristband which you can wear at parties and is instantly identifiable with the Rebelion and Uprising logo printed along it! We had the idea of the album at the beginning of the year so we wouldn’t say we were forced or influenced by other albums! But it has been good to watch how some of the albums have affected the scene.

What can we expect? Can you tell us a bit about the tracks?
There is 21 tracks on the album, these being divided in to 3 Stages of 7 tracks! Each stage will include a remix of a Rebelion track, huge collabs and diversity between each of our solo releases!

The album is available as a wristband with USB, a very original plan, how did you come up with this original concept? Will it also be released in other versions like a digital and CD version too?
We both wanted to do something different other than a standard CD release, like every other album this year.. So the wristband USB fit perfectly, its something much more than ‘just an album’!

Yes there will be a digital release for each stage so keep an eye out for that!

As for CD’s, we will maybe make a limited number but that idea isn’t 100% yet!

During stage one you guys will unleash 7 tracks, amongst them is a collab with Luminite and Thyron, we can also listen to a remix by D-Sturb, why did you pick these guys?
These guys have been good friends and colleagues through Gearbox Digital, and they are all very talented and great to work with!

What can we expect from stage 2 and 3? Can you give us a little hint?
Stage 2 will include our collab with Warface and our up-tempo track ‘Dead Wrong’ but we don’t want to give away to much..

Stage 3 will include our collab with Delete and the title track of the album ‘Uprising’ which we said from the beginning will be the last track we produce, as this album has been a huge learning curve and has helped us develop our sound hugely! So we want to put everything we have learned into this track to make it an absolute masterpiece!

Of course there is a lot more, so prepare for some madness!!!

We did spot some event announcements passing by. Can you guys tell us more about this? Where can we spot Rebelion the upcoming months?
Most importantly you can catch our album showcase at Loudness, that will be something special and a monumental moment for Rebelion! Along side that you can catch us at events such as Unlocked, XXlerator Raw, Rebellion and many more just check our events section on our Facebook!

As mentioned before you guys are in an absolute rollercoaster at the moment, the fan base is growing faster than you can imagine, do you guys feel any pressure?
Besides all the fans, there will always be haters, how do you deal with that?
Yeah there is a lot of pressure to be constantly bringing something fresh especially with an album, but we are always willing to break boundaries and push our sound to the limit! Hate only motivates us to keep working hard, so keep it coming!:D

Let’s head over to some funny and personal questions. How do you guys handle the DJ life. It is relatively new to you, right? Besides all the fun there are really stressing moments. Can you tell us a bit about your daily life?
The DJ life is pretty epic at the moment, it will be a lot better when we move to holland, flying every weekend can be a little stressful! Our daily life right now is pretty unsociable, we are dedicating every second of our free time to Rebelion and the album. But the hard work is paying off!

Who is the best wingman on a night out?
We are both absolutely hopeless.. Hahaha!

If you could choose one superpower, which one would it be and why?
Raymond : Ever seen the movie Chronicle? That would be pretty sick!
Gary : To fly, to get high as fuck

Rebelion, thanks fort his interview! Do you guys have any last words for your fans, family or friends?
Thanks to everyone and anyone who has supported us, and to anyone who thought we would never make it this far, get it up ye and stay tuned.