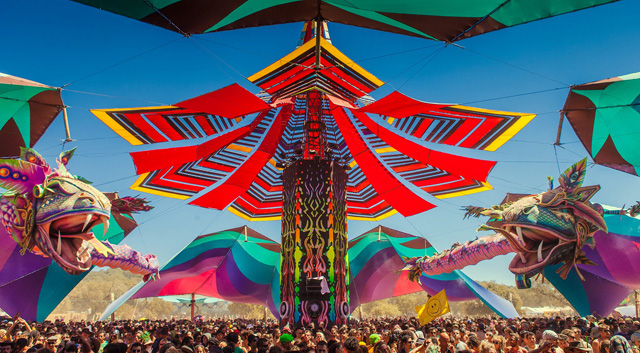 Sometimes you need to step back, to move two steps forward!

Hardstyle mixed with Psytrance? What? Yes, your sight is still operational, Hardstyle wants to make babies with Psytrance. There is a new trend that has taken the lead by the end of 2016 and beginning of this  year, and god it’s good to see that Hardstyle goes back to its major root: making us feel the Rave in the dancehall.

Hardstyle has reached another milestone, and whether you are a fan of Psytrance or not doesn’t really matter, as it will kick you right in the jaw as soon as the bassline gets dropped. It’s a whole new branch that is gaining ground and many artists are seduced by this idea of adding a good old Psytrance vibe to their music.

Technoboy & Tuneboy aka TNT have been one of the first to show their interest in producing Psy-Hardstyle with this banger track Psylent Hill.

Good stuff right? Now if you love this mind-blowing tune, I recommend that you check the brand new podcast of Dj Isaac where the full version of Psylent Hill is featured.

But they are not the only ones that have accepted the challenge of producing this ‘Psy–Hardstyle’ as Toneshifterz, Code Black and Sub Zero Project have also showed they could also go Psy on the social medias or during their latest sets.

Now as cool as it goes, as hard as it kicks you, this Psy–Hardstyle is not only making new friends in the scene. Some are more skeptical about it and would rather stick to what they already know and it’s totally fine to think this way, everybody has its opinion and preferences about music. But think about this, Hardstyle would have never been what it is today without these little changes, these little “new trends”.

The real question which grinds my gears is, why is everyone screaming “The hype is real”, or something similar. Why does every little change in our music is concidered as new hype? We even heard producer saying “I won’t follow this hype/trend, cause I don’t follow hypes!” … Seriously? Never heard such a bullshit!

Can’t we just accept that producer want to try out new things? If we do not get inspiration in other genres, Hardstyle would be stuck at one point since years. And why the hell is it wrong for producers to follow an idea another producer had and try it out on his own?

Let’s take the happy hardcore influence for example? We didn’t hear any complaints. But, since a few producer tried it, was this a hype as well? However, we’d love to see MORE influences by other genres. To be honest, spicing up your set with happy hardcore, a Psytrance baseline or even some Trap is the diversity this genre needs! There will always be the hardstyle tracks we all love, no matter if they are rougher, melodic, more “back to the roots”, cheesy or whatever! But in between, we need these slightly different tracks.

Note: We do not judge about the fact how producer handle these new influences. Those who try it are in no way pioneers or better and they should not considered as “out of the box”, compared to those producer who do not try it. We judge about the scene’s reaction!

We are curious to know what you think about Psy-Hardstyle, so don’t hold back and spit it out guys!