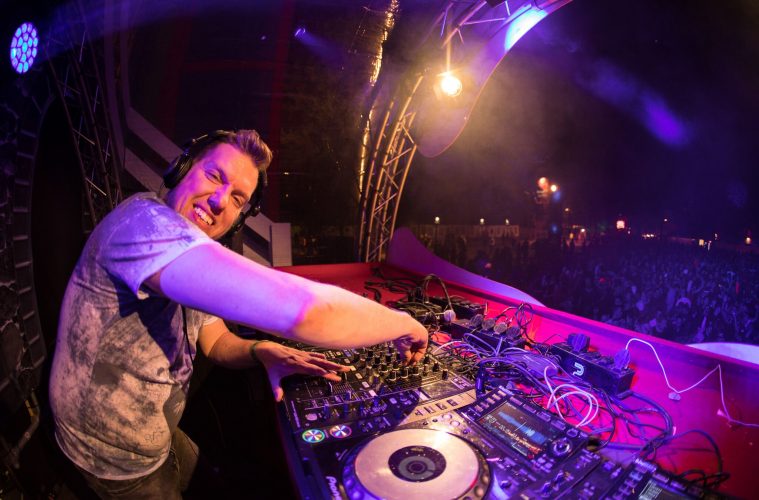 A while ago we had the chance to talk to Pieter alias DJ Thera right before the release of his awesome Album ‘The Harder Trance Collection’, now we talked to him again about his current situation, thoughts during the corona crisis and future plans.

Take your time to read this interview and get your daily dose of inspiration from one of the greatest minds our scene has to offer.

When did you first come in contact with electronic music/techno/harder techno?

Ever since I can remember I have been fascinated by keyboards and synthesizers and therefor also the music it created! I really became obsessed with electronic dance music in the early 90s with the rise of hardcore and the development of (hard) trance a bit later in the 90s.

We know how the scene developed here in Germany, how did you experience the rise of the scene?

At the end of the 90s, the hardcore scene in The Netherlands had a difficult time. In that period trance became hugely popular and I loved the emotional feeling in it. When those two worlds got combined more and more (by artists like Dj Scot Project, Kai Tracid, Cosmic Gate, Dj Isaac, Pavo, Dana) that truly became magical for me. From then on it was all about experimenting and developing. Very exciting times!

How did you meet Fabian (Brennan Heart) and how did you start making music together?

We first met in a local club where I found out the resident DJ there was playing a track from someone at that club. I was stunned (but also jealous, haha!) that there was someone else in my region producing dance music, so I had to meet him! We eventually ended up producing together for about 6 years.

What DAW did you use in your beginning period?

Which gig/festival/event is your all-time -favourite experience?

This is a question impossible to answer because, believe it or not, every booking big and small has memorable moments! If I really really have to answer this, I would say the two DJ Thera Solo events I did! Playing very long sets showcasing all various hard dance styles I ever did, is really something unique and special! I hope I can eventually take the DJ Thera Solo event concept to other countries!

How do you spend your time outside of the studio?

Well, during these corona times, that’s only doing groceries and walking with our dog Yoshi, haha! But in more ‘normal’ times that would be visiting friends and family, going to restaurants, bars and play indoor football every week.

Your music is very dynamic and shows influence of different styles, what music genre outside of our culture do you like to listen to?

Thanks for the compliment! I actually listen to all kinds of different music outside dance music, there aren’t many genres I dislike actually, haha!

Imagine: Your life would never have developed the way it did – what would it look like now?

Life already has been quite a roller coaster for me so the development has already surprised me a lot, haha! But if I didn’t end up in the music and following that passion, I probably would have been a writer or a journalist.

How are you holding up during corona, does it impact you a lot? ( You already told me but I think its important everyone should grasp how hard you struggle and STILL don’t give up) – They shall take that as inspiration

For me and my company we, of course, lose a lot of income because there are no events currently. That has a huge impact and especially makes the financial situation very insecure. I could end up sitting in a corner and crying about it 24/7 but that will not change anything. A time like this also creates room to be creative and come up with new ideas. To make it possible to do digital sales on our web-shop and to release this Hardertrance collection are some of these new ideas. This development makes me excited and at some point also makes me fight even harder to overcome this crisis!

What is the first thing you want to get done when corona is finally over?

Too much stuff to mention here! Hug my parents and friends, go out for dinner and of course: perform for people at events again!

Say something you really just want to say

I really want to say thank you to everyone that still supports my music during this time in any kind of way! That one time you streamed my track, mixed my track in your DJ mix or watched one of my videos, you guys give me the biggest inspiration to keep on going with new music, new mixes and everything! Thank you!

Do you have any recommendations for newcomers, who are afraid to step into the public because they think they aren’t ‘’good enough’’?

I actually think it’s a good thing when newcomers think it’s not good enough yet! Be sure to only send demo mails to labels and artists when you are absolutely convinced that you are good enough. When you feel that it’s not the case yet, work and learn to get better and to get to that stage. That way you can also word yourself much better when you would send out a demo.

You are the best! Without fans, I wouldn‘t be able to call this my job. Although it definitely doesn‘t feel like work when you love what you do!