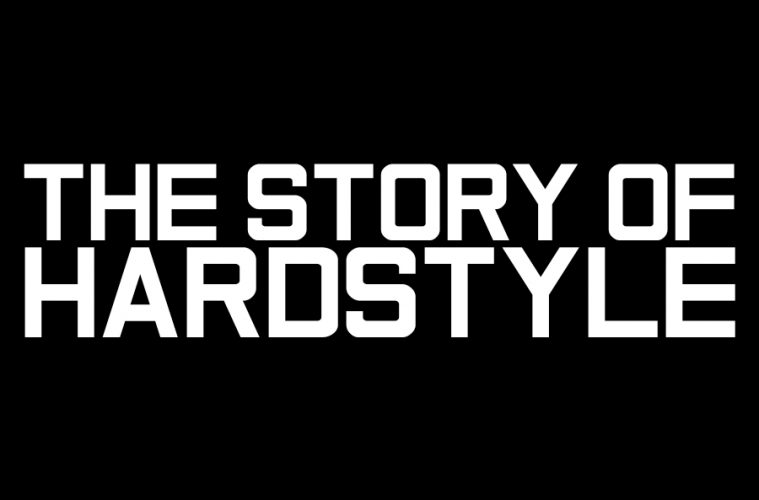 Just a brief summary of the hardstyle-History. This list is not complete but I hope that you get a good feeling what hardstyle is and will be in the future! As always we need your help to improve our content – is something missing or wrong? Tell us in the comments!

Hardstyle was born somewhere deep in the rave scene of the Netherlands. Producers like Dana, Luna or The Prophet made Hardcore at first, but started experimenting with the music while playing. In the late 90th most artists pitched Hardcore tracks down to 140-150 BPM.

Their goal was to make the music better for dancing and without even knowing a genre for a larger audience was created. Hardstyle also got influenced by Hard Trance, Gabber and Acid House as you hear it many tracks, even nowadays.

2001 – First hardstyle events
One of the first and still biggest hardstyle events is Qlimax. The first took place in Eidhoven (June 2000), followed by three events in 2001 and since 2003 Qlimax is an annual event at the GelreDome in Arnhem, Netherland. Every event is held around a theme, with a huge focus on the light show.

Unfortunately, you can’t find any artwork of the first events. The first pillars of Hardstyle where build. Those events brought the new style to the people. Certainly there were still smaller events in Germany, Italy, UK and the Netherlands too. The main focus there was not on hardstyle but on the rave scene in general.

2002 – Labels and music
More and more labels started releasing hardstyle music, since the scene was begging for new tracks and many producers were concentrating on hardstyle productions.

Among others, well known labels like Scantraxx and Fusion originate from this time and helped to establish hardstyle. Short screeches and vocals were combined with a bit dull sounding kicks. Tracks from that time are mostly known for their reverse bass or focus on a heavy dominating kick.

Hardstyle was slowly evolving his own style to stand out from Hard-Techno. Tracks like “Slaves” by “Tag9” – the first Scantraxx release – are good examples.

2004 – 2006 Pitch shifting
Hardstyle gets more melodious and longer melodies with saw leads were characteristic at this time. Also, many producers started aligning the kick to the baseline using “pitch-shifting”.

This was a major change for the music, adding more dynamic to the sound. Hardstyle from that time is mostly known as “Early Hardstyle” or “Oldschool Hardstyle”. Now, it was a fully dedicated style with his own defining elements > Example

2007 – 2009 Sub-genres
Rawstyle started to evolve as a new subgenre. Characterized by dark melodies and even stronger distorted kicks. Rawstyle is also known as the modern interpretation of Early Hardstyle. Even, if the actual word rawstyle was known since the beginning, it was not used to declare a sub-genre.


The counterpart of Rawstyle is called Euphoric hardstyle. Harmonic melodies, but also nuances from the mainstream music – like House – combined with most simple lyrics specify this genre.

In the early stages euphoric was also called nu-style. But the word nu-style is original coming from “nu-disco”, a subgenre of house. So, the syllable “nu” stands for mainstream or house music.

2010 – Dubstyle
Dubstyle is a mixture of hardstyle and dubstep. Hereby one uses the hardstyle kicks and plays them on the beat of a Dubstep song. The “wobble bass” from many dubstep tracks also finds his place in dubstyle.

Some tracks are also a mix of classic hardstyle and dubstep. “The MF Point of Perfection” by Headhunterz and Brennan Heart is one of the most popular dubstyle songs.


Did you know?
Tekstyle is one of the fusion between tek music influenced by jumpstyle and hardstyle.
2012 – 2014 Vocals
Until now, professional vocals were really rare in this genre. Most vocals were only used for simple vocal stutters or clumsy monologues. But more and more you find quite high quality vocal parts or even vocals that still continue in the main part.

“Vocal Hardstyle” was born. One of the best vocal hardstyle comes from Audiofreq and Teddy. Amazing hardstyle and a beautiful voice!

Now
Since hardstyle gets more and more attention by the public a new sub-genre was created. “Big Room Hardstyle” or “140 BPM Hardstyle” are two names for slower tracks with house elements. The kick is punchy but the distortion is missing, leaving just the hardstyle lead and/or the faster tempo of 150 BPM.

Headhunterz as the most famous ambassador of this new style created several cross-genre tracks for example with W&W. Other genres that can get used with hardstyle are Trap, House, R’n’b and Drum and bass. A counter reaction was that many procedures started focusing on Rawstyle.