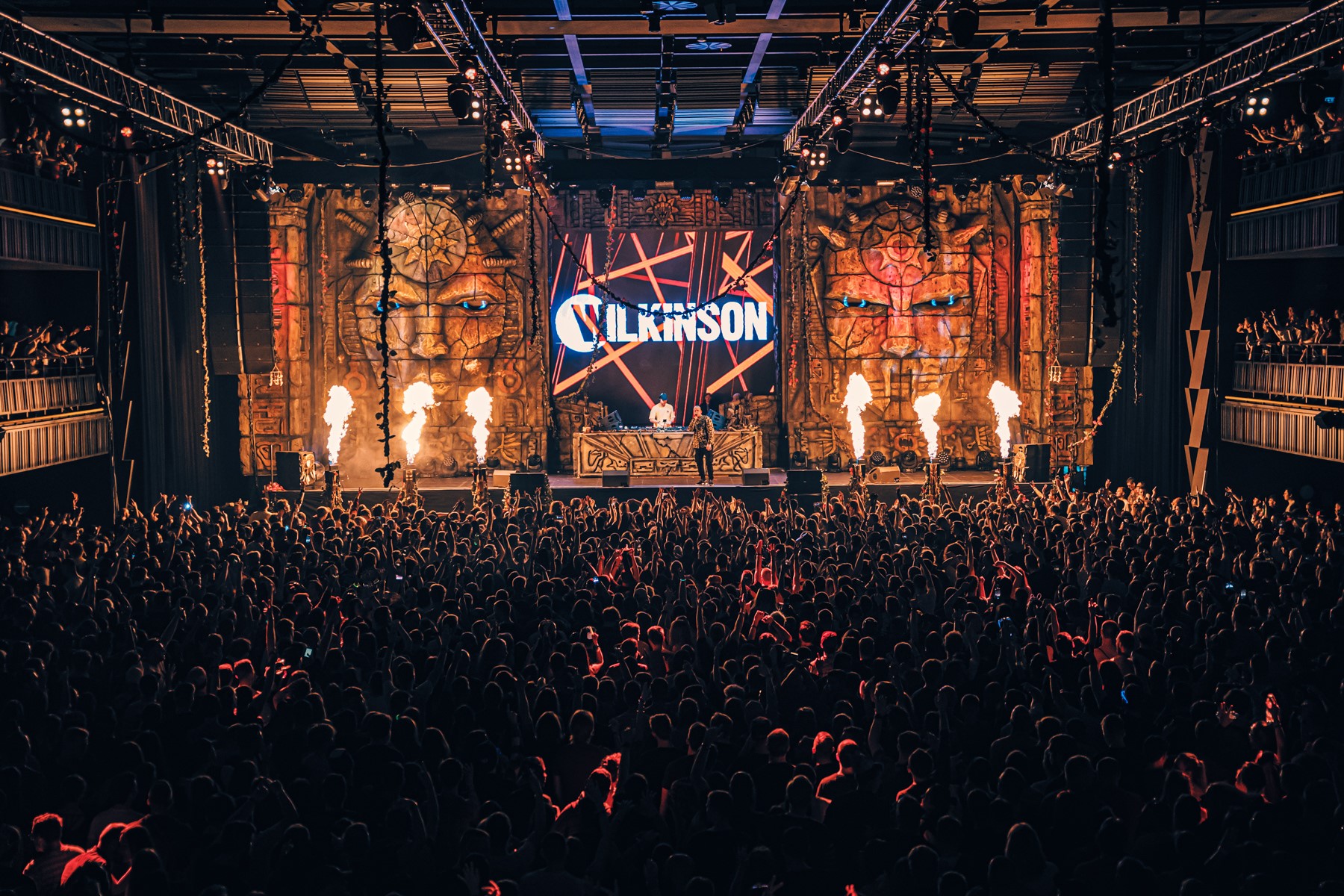 Think outside the box! Like music producers try other genres to get inspired – Hardstyle Mag does this by visiting other events. Cause you can also find great parties focussing on other genres. After our wonderful visit to Prague last year we did it again and booked our tickets for “Let it Roll 2020 Winter “

For 2020 they switched locations once again so we were really curious about it. We can already tell you, that we had a blast on both days we were there. We definitely had a great time and really enjoyed being there and experiencing a different genre. Here is why we loved it in particular.

The festival took place on Friday and also on Saturday night with a different lineup. Two days of Drum ‘n’ Bass madness! Each night the opening times were from 8pm until 6am. This meant we had 20 hours of partying in total for a price of 61 EUR including fees for both nights. We arrived at around 9 pm on Friday. There was a queue of around 200 meters, but it just took a couple of minutes to get access to the venue.

The venue itself is the so-called “Forum Karlin”. As far as we know this is specially designed for concerts and music events. We arrived at the ground floor. There were lockers for 100czk (4 EUR) per night – or you could leave your jacket at the wardrobe for 30czk (slightly more than one EUR) if we remember it correctly. The ground floor also provided toilets and access to the tribune where you had a nice overview and also some benches for resting. On the first and only upstairs floor there was a chillout area and the vip zone. Downstairs at the basement you could find the constantly cleaned toilets, several bars, a burgerbar and of course the main floor/stage.

We had tons of fun. The sound was totally clear and perfectly balanced in our opinion. The temperature got a little higher during both nights, but the venue’s air conditioning still managed to keep the temperature enjoyable.
At first, we went downstairs to get an overview. We ran into the merchandise-stall where you could find snapbacks, shirts, sweaters, hoodies, beanies and many more items. The prices were really fair. The current festival shirt had a 22 EUR price tag. All guests could pay via cash or cashless card.

The dancefloor itself had the size of an indoor sports field, the stage was located on the short opposite site.

After having a few beers on the floor and getting used to the genre we already went wild to Monrroe’s set – even though we did not really know many tracks. At 22.45 the opening show took place and told a story of ancient ruins which had to be awaken again so that we could become one with it. Costumed dancers and the really familiar “Q-Dance voice” from the off told the story that we are all part of bringing the stage back to life after a really long time. The opining show was accompanied by a light show, flame throwers and the Track “First contact” by Kove. At both drops the whole crowd simply went nuts.

Kove was also the first DJ to follow the Opening show. And what a set he delivered! He played tracks by Forbidden society or even Pendulum. The whole crowd really seemed to enjoy the set.

Next on the agenda were The Prototypes, Andy C, Turno and Black Sun Empire. Even without knowing most of the tracks we definitely had a great time and only took a break from dancing to get ourselves some beverages. The most played track was “Wilkinson – Machina”.

On Saturday night we arrived just in time for Forbidden Society’s set. This man was already a name to us because he already had several releases on PRSPCT recordings.
He played some tracks that sounded familiar and a harder DnB set with partly really dirty snares or sometimes just minimal sounds. While all the previous sets had a pace of 175 BPM, he ended with two really nasty (in a positive way) 140 BPM tracks. Kasra took over and played a great set which could also be considered as a harder kind ob Drum ‘n’ Bass.

Finally, it was time for Hybrid Minds. But their more liquid Drum’n’Bass oriented set did not seem to fit properly to us.
Wilkinson was the next one to spin and played a solid set. And of course, he played “Machina” – and the whole venue went wild again. Even though our legs were pretty much emaciated we kept going for the following sets from Friction and Kanine. Their sets had a good drive so we did not even noticed that time was passing by really fast.

We will most likely be back in 2021! We think that says it all.
This party was really close to perfection. The only thing we missed were lasers and a bigger variety of food, maybe fruits or fries.

The sound and the venue were just perfect. The staff was very kind. What we really appreciated, was that the staff continuously cleaned the venue and the sanitary.
Another great idea was, that they separated the bars (beer, booze and soft drinks), thus we never waited too long. Due to the deposit of one bolt for the cups, the floors themselves were really clean. But what we really enjoyed was that almost nobody used their phones to make videos the whole time (except for the opening show). Instead, the crowd was going mental nearly the whole time. That really contributed to the stunning atmosphere.