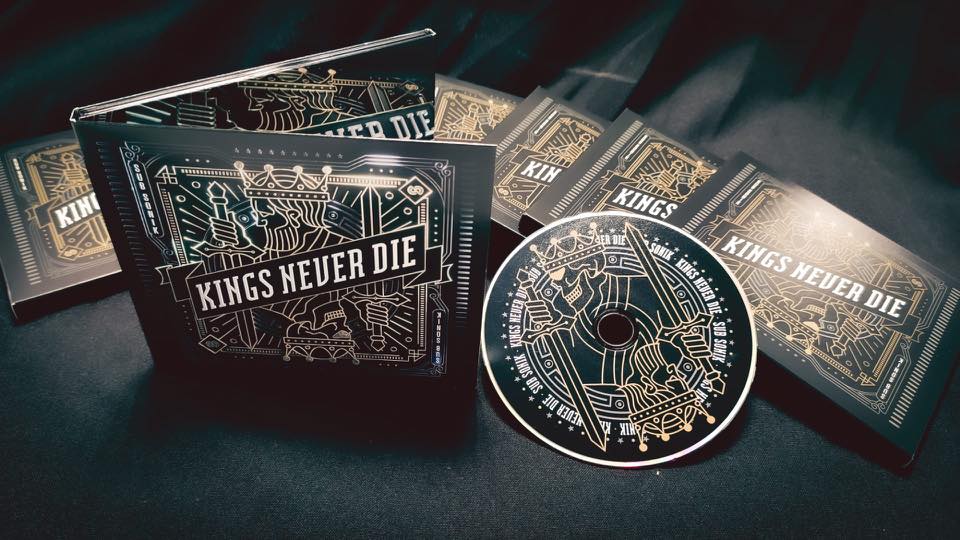 Sub Sonik announced his new album with the title “Kings Never Die”, and it will be released on the famous Belgium label Dirty Workz. The Release will take place on March 6th. 2020 and it marks album No. 2 in his career. Hardstyle Mag was granted the honor to take a first look at what is coming, and read now, what you can expect.

Sub Sonik who has been part of Dirty Workz since September 2019, is now offering the album on the Dirty Workz homepage in three variants.

Sub Sonik (given Name Ilmar Hansen) is a famous Rawstyle DJ from the Netherlands. His very first album “Strike One” was released on March 17th. 2017. He published several well-known tracks, which contributed to the raw scene as we know it today. Tracks like “Fight for Survival” are known across the scene. In particular his remix of the trance hit “Sandstorm” marks one of his biggest successes ever. In addition to that he joined some very famous collabs with DJs like “Warface” which led to the track “Set me free” or to the master piece “Bring it on” which he created together with the Scotland duo Rebelion. Several performances at many festivals like Defqon-1, Qapital, Intents Festival, Supremacy or Dominator are fostering his success in the music scene.

There is no doubt, that Sub Sonik is a fantastic artist, and we can say that his experiences and musical senses were brought perfectly into sound with this album. The diversity of the album is vast and offers a broad range of kicks and beats. Beautiful melodies and matching lyrics are creating moments of goosebumps.  My personal highlights and favorites are the tracks: Fight for survival with Alee, Music is My Suicide (with Rebelion), The Rain and Go F*ck Yourself (with Digital Punk) and in total the album convinced me and is definitely a “Buy” recommendation.

Thus, be fast and order your personal copy of the album, cause all pre-orders are signed and therefore limited.

13. Music Is My Suicide (with Rebelion)

15. Go F*ck Yourself (with Digital Punk)

Link Pre-Order: Get the full album

Those among you, who want to witness these tracks live, we recommend Sub Sonik’s exclusive album showcase on April 18th. 2020 at the Club Highstreet 2.0. The lineup looks promising and surely a big night is looming ahead:

I hope my article gave you good first impression on Sub Sonik’s album and we wish you a lot of musical pleasure when can finally listen to it. For those who want to attend the album showcase, follow the link below to the event page on Facebook.