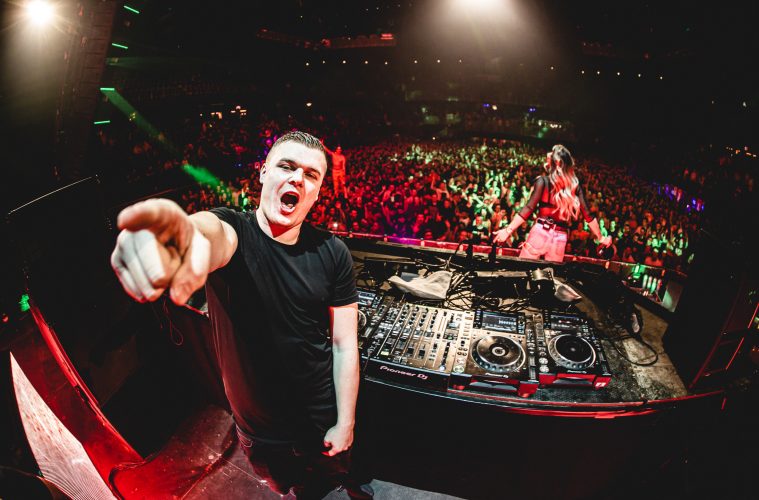 Sub Sonik has finally released his second album, and the echo on the socials was enormus. After we had a first look at this piece of art (Link to Review) which we rated as a great piece of musical art. The emotional tracks in combination with the typical Sub Sonik sound led to a 100% musical definition of himself.

This – of course – created a bunch of questions. We from Hardstyle Mag took the opportunity to meet him and to find out more about him and his music.

Hey Ilmar, thanks for having us and the time for the interview with Sub Sonik. We are really looking forward to this

How was the Idea developed to make another album?

After a bad period, I felt really inspired.. This inspiration gave me the idea to work on a second album to express my feelings and start the next chapter.

Is there a certain track which is your favorite?

The title track with Kimberly. This is pure Sub Sonik.

How long did you work on the album?

The idea of an album is already 2 years on my mind. The creative process took 1 year.

The album’s artwork looks really decent. Were you involved into that? Or did you focus on the music?

The album art is my idea. I gave the guy a mood board what I like to see and he made this sick artwork. I’m really happy with it!

For your fans out there. How does it look like, when working on a new album? Like 12hours each day in the studio? Or is there a special procedure you follow?

First you choose the amount of tracks you want to do. Do you want to feature old tracks on it or start a complete new album. I choose to make an album with only new tracks. I signed with DWX with this idea too.  After that you gonna write ideas and looking to collaborate with vocalist or other artists.

Why did you choose the name kings never die for the album?

The title Kings Never die is coming from, Gone but not forgotten. You always will remeber a King. When I’m gone people will remember this album (I hope ;p)

After the huge success after Bring it on I told the guys, we need to do a second track for my album. They agreed and Music is my suicide is the result. Working with the guys of rebelion is very good, love to work with them.

You’re since 2019 at Dirty Workz, what means this Label to you?

They help me with the best way possible to show the world my music. I have a really good connection with the people behind it.

You played at some of the biggest events/ festivals in our scene. On which other events/festival do you still want to play?

Tomorrowland! without doubt …  so maybe next year

What is your biggest dream of your career?

My own solo event in a big venue! I’m not at the level to this right now, so maybe in the future!

How is a normal day in your life? As Sub Sonik but also as Ilmar?

Waking up, having breakfast, start to work, lunch, work, dinner and then time to chill! so basicly the same as every person haha!

If you would describe yourself as an animal, what would you be? And why?

A sloth, could be in bed watching the whole day to the television (this is my sunday haha)

Are there any other big plans for 2020 you want to share with us now?

Right now I’m gonna chill a bit. The album took a lot of time and energy. But … . already talking to do some really cool collabs!

Hope to see you all soon!

Great, thanks for the interview Sub Sonik

Those among you, who are seeking for an album comprising a wide range of diversity, will be happy. Every track is a special proof of his dedication to the rawhardstyle music and the effort he invested. We wish you all a lot of fun when listening to it – and let’s hope that the musical journey of Sub Sonik will last for a long time.