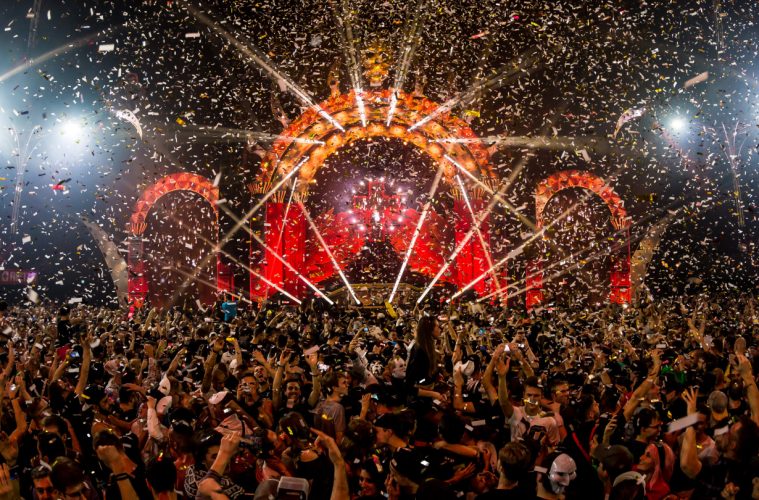 DID YOU KNOW THAT Q-DANCE…

…has had a long tradition of new year’s eve celebrations so far?

Q-dance became famous because of their successful and well organized parties within the last two decades. While the most famous parties are Defqon 1 and Qlimax there is another date of the year which is predestinated for throwing a big party: New year’s eve. The titles and mottos changed several times, so here’s a brief overview of the past.

Already at the end of 2001, when Q-dance was barely one year old they celebrated their first NYE at the mighty Heineken Music Hall in Amsterdam. The HMH remained Q-Dance’s “home” until moving to the Ziggo Dome at the end of 2012. Qontact focussed on Hardtrance and Techno, the term “Hardstyle” was not known then. You could find names like Yves Deruyter, Johan Gielen and Marco V on the lineups.

With the increasing popularity of Hardstyle Q-dance decided to let one of their “Qlubtempo” parties take place on new year’s eve. The NYE edition delivered names like Melanie di Tria, The Prophet and Deepack.

In 2004 Q-dance presented a new concept: QrimeTime. To contribute to the gangsterish motto you had to dress like one. This must have been a cool atmosphere. The first edition even featured a third area for hardcore. Hardtrance still was present back then.

From 2008 on Q-dance claimed their new year’s eve celebration was a gala and asked the visitors to wear suits and dresses. A big part of the concept was looking back on last year’s parties.

Once again dressing up was required. This time it was all about freaks and all sorts of lunatics or movie villains. This motto seemed to be the most famous, as almost everybody showed up as a freak. Also the Q-dance Hardstyle Top 10 got revealed before midnight.

The motto and the name changed – the new year’s celebration remained the same.

The name changed once again – the concept still did not change pretty much.

This was DID YOU KNOW THAT Q-DANCE…

As a conclusion we can say that Q-dance should revive the Freaqshow concept for 2021/22. The quota of guests arriving in costumes really contributed to the really special atmosphere. But this doesn’t mean that all the other new year’s eve celebrations were bad. They just lacked a special ingredient in our opinion. One thing is certain: We are really looking forward to what Q-dance is bringing us for the next editions!

Read more DID YOU KNOW