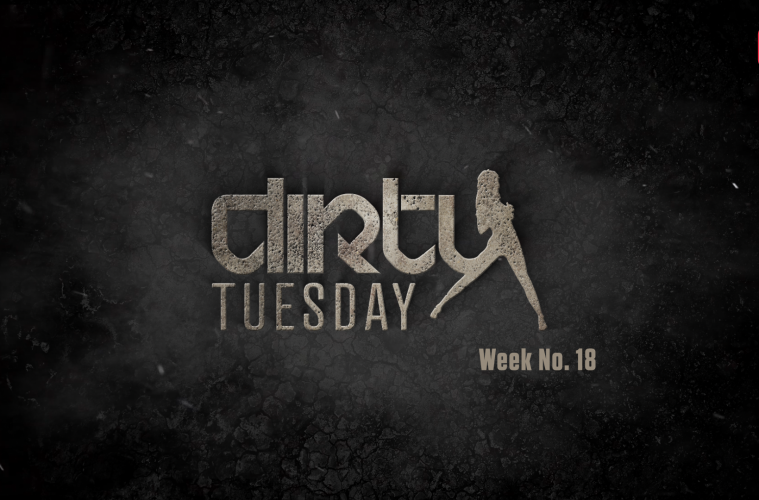 Welcome to another edition of Dirty Tuesday. This week you receive a lot of new information what happened last week at Belgium’s well-known Hardstyle Label

Jesse Jax – Run it up

21.04.2020 Jesse Jax released his new single ‘Run it up’. When you see the cover of his single, you get the feeling you are starting a new game in GTA .To match that you’ve got the cool “Gangsta” style lyrics that give the input  to this track. I like it! What about you guys?

Subraver realesed his new track ‘No Lie’ at the dwx copiright free platform on the 22.04.2020. With the nice female vocals, it’s a perfect track to combine dancing and singing. It creates a lot of positive vibes and „Summer feeling“. A really nice Hardstyle track.

Finally another Banger from Zatox – ‘Russian Empire’. He and Zyon realeased this track on the 23.04.2020 on Dirty Workz and we all waited for it. If you love the pure Zatox sound you’ll love this track. A crazy Bassline at the beginning immediately gets you hungry for more and you definitely get more while partying to this new banger.

Refuzion released his new track ‘Mayham’ feat. Wes Writer and Fawlin on the 24th of April. The combination of the rap part at the beginning from Wes Writer and the RNB flow froFawlin in the second part together with the crazy Bass sounds from Refuzion ad up to another cool and powerfull track.

Firelites – Fire in the Sun

What was up on Youtube and the social media last week?

A new week in Review is finally online, there you can listen to all the new released tracks from the last week take a look and enjoy the new music

A new Youtoube Video with Ecstatic is online on the Dirty Workz Youtube Channel. It calls THE FLOW. This is Episode number 5.There flow gives you more then a hint that they produce there own music. They explain their sounds and  techniques behind their music. In this episode Ecstatic take you into a highly-in-depth journey through the production process of their latest single the waking call. Let’s take a look and enjoy it.

A new classic Hardstyle Set from Zatox is online. He played his set at the Qonneqt live stream on Saturday. Wow, what a banger. If you love and live for the good old classic sound and you missed the live Stream enjoy the set now.

Last Friday Coone started a new Podcast called“Global Dedication“. This Episode was really special because Hard Driver joined the Podcast with an special No rest for the wicked mix. Global Dedication is a Potcast which gives you the purest Harddance music. Coones personal touch and the lively input of his fans will form every episode. In this Episode theres a lot of new music waiting to be listened to.

Especially the new „The Elite“ track – a global Premier at Global Dedication. The new Track from JNXD with his Brother in Crime MC Tellem is also Part of it, as well as a lot of good music from other Djs like Keltek, Wildstylez, Hard Driver, Ran-D, Frontliner, The Prophet and a lot more. Unfortunately the Podcast isn’t avaible anymore on Spotify because they deletede all music Podcasts but you can listen it on Youtoube, SoundCloud, Podbean and I Tunes

Da Tweekaz started their new Project Tweeka TV on their Youtoube Channel. Episode one started last Friday. The duo will launch a new episode every week on Fridays wich includes new music, Q&A, giveaways and much more. Join Tweeka TV for a lot fun with the 2 crazy Norwegians.

A new Episode of The Remedy by Sub Zero Project came out last week . The name of it is KICKS & FARTS . That sounds really funny. At this Episode was Warface the special guest per Facetime ofcourse. If you take a look you know what they talk about.

Last Friday Mark with a K and MC Chucky played a live set at a secret location and they streamed it  on Facebook, so you had the chance to party at home in these hard times.

The new Hard Driver All or Nothing shirt is now available at the Dirty Workz Merchandise store. We from Hardstylemag had the honor to talk with Hard Driver about his plans for 2020 and the upcoming things. Take a look to the Interview