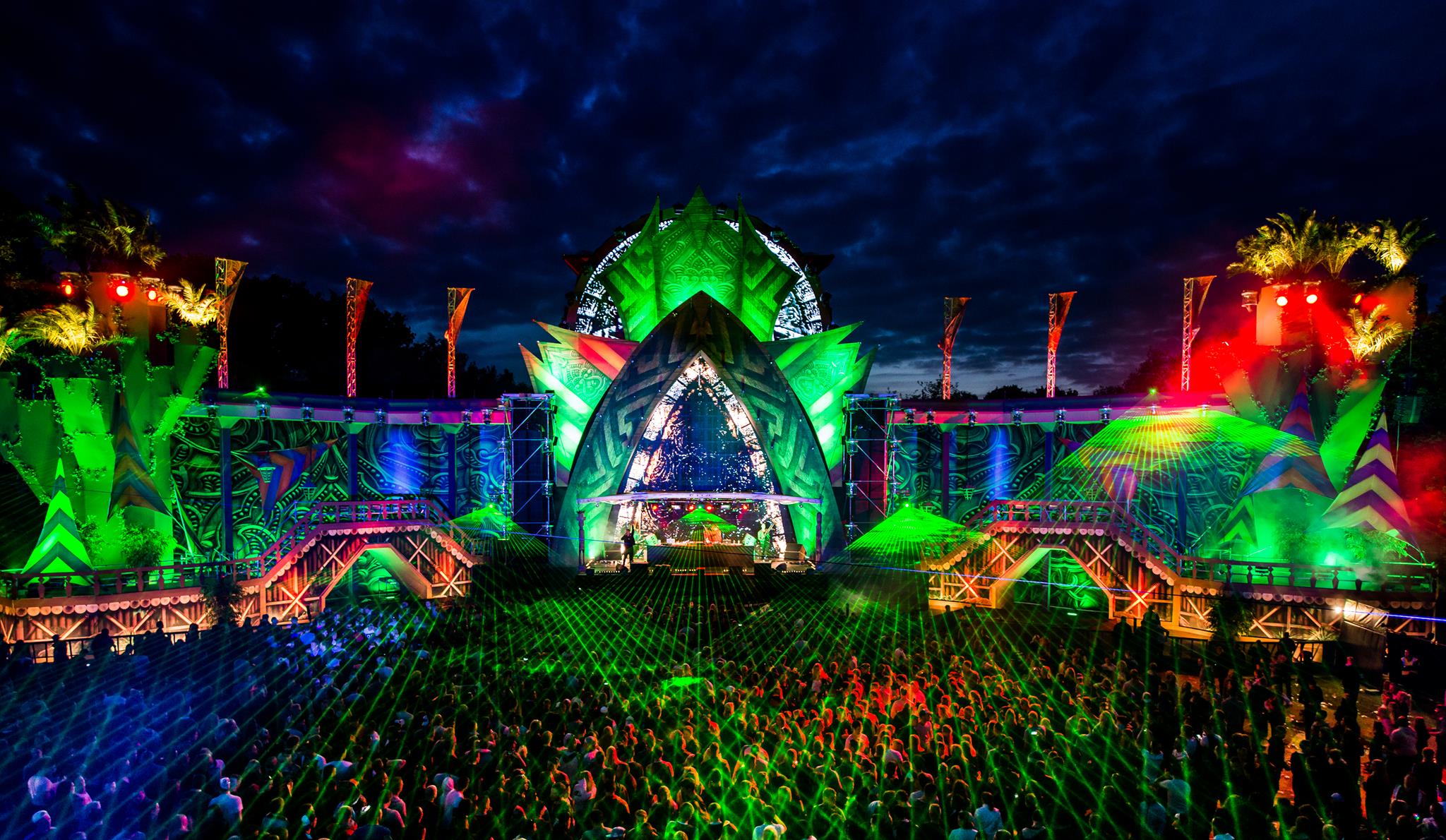 Let’s go on a journey!

It’s that time of the year again, when organizer Absolutely Fresh takeover Enschede to celebrate Fantasy Island Festival with thousands of people. Since 2008 it offers an awesome location, different stages with a huge line up and a cheap ticket price.

Last year was amazing and we are happy to present you our review of Fantasy Island 2015. Let’s take a look at the Location:

The first two editions of Fantasy Island took place in Oldenzaal, Hulsbeek. In 2010 Absolutely Fresh hosted a Fantasy Island Winter Wonderland, taking place in the Go Expo Planet Hall in Enschede. In 2011 they switched to their final location: Het Rudbeek in Enschede.

It’s a huge area, surrounded by trees and connected to a bigger lake with a small beach. There was enough space for all the 6 stages, facilities, a roundabout, you could have chilled in the water or go on a short trip on a small boat to the tiny island. It’s a lovely area and the perfect location for such a huge festival. Last year you could have danced in the water with a perfect view on the Mainstage, sadly they moved it a bit further this year.

So, besides music, what did Fantasy Island offered?

I think one of the best offers is the trip with the boat to the small island. Of course they set up some speakers on the boat and island to let you continue dancing to the harder styles. It takes some time until you get on the boat, but it’s definitely worth it.

Having a drink, while dance your ass off on this small island, reminds me of a pool party and it created the feeling of a Spring Break. Thankfully, the weather was not that bad, although we missed the sun and a clear blue sky.

Besides that, you could have gone on the carousel, which was very funny. It was a perfect opportunity to look down at the festival and take some nice pictures. In case you were hungry or thirsty, there were a huge variety of different facilities to eat and drink. Burgers, fries, fruits, yoghurt, Chinese / Vietnamese food, salad, Dutch classics, cocktails, ice cream and more.

The pricing was normal and not too expensive. You also had the chance to refill your water, which is always great and should be a standard!

As said before, this year’s Fantasy Island came with 6 different stages. The Mainstage, raw hardstyle stage, hardcore, millennium, classics and industrial/terror. The line-up was huge and everybody had the chance to take a peek at his favorite.

At the Mainstage it was a perfect mix between euphoric acts and a hard ending, with names like Adrenalize, Coone, Brennan Heart: Live, Hard Driver & Outbreak, B-Freqz & Radical Redemption.

At the classics stage you could discover Crypsis, Alpha2, Josh & Wesz and The Viper.

You’re in the mood for some old hardstyle beats? The Stunned Guys, Ophidian, promo, Bass-D and Tommyknocker brought you the best millennium sounds.

Our first act was Adrenalize. He recently released a new track and moved to the Netherlands. This talented fella showed the crowd his own vision of hardstyle and brought us a lovely euphoric set. With ‘Secrets of Time’, ‘Find You’ and his remix of ‘Gold Skies’ by Sander van Dorn he represents the new era of euphoric hardstyle. I’m glad he’s back in the charts and on stage!

Next up I wanted to discover some harder and faster sounds. We moved to the Death Row stage and went crazy to N-Vitral Live! Although I don’t even know the tracks it was incredibly awesome! It was different and his live performance was intense. Bassline after bassline, just a few breaks and no time to cool down.

We were in the mood for the faster styles, so we went over to the big Unity tent, where Korsakoff heated up the crowd. What a crazy lady! Beautiful to watch and awesome to listen to.

Time for a short break, as we went over to the Raw Hardstyle stage, nobody else than Ran-D and Adaro were playing. A perfect mix of Adaro, Ran-D and Gunz for Hire tracks. They always deliver a great performance.

Next up was Frequencerz, one of my personal favorites. Niels and Pepijn are such a great duo on stage. Their set was pretty nice and I couldn’t wait for B-Freqz at the Mainstage, but first Brennan Heart: Live!

It was intense and f*cking amazing! He played all his euphoric bangers like ‘Lose my Mind’, ‘Imaginary’ and ‘Follow the Light’, but also some classics and his new Blademasterz track! The people went crazy and it was so fun, to dance in front of the Mainstage. Surely, this was one of our highlights!

We continued with B-Freqz! 30 minutes pure madness, closing down their set with Crypsis remix of ‘Bitch’ and underlined by an awesome show. It was just amazing!

The closing act was Radical Redemption and it was a hell of a ride. It was not only his set, but also the endshow, which was created by Radical himself. A highlight of his set was Brutal 5.0. It’s sooooo Bruuuutal! He ended up with hardcore to create a perfect transition to the follow up. The floor was packed and all the people were gone wild. No normal salvation but radical redemption!

What do we expect at a festival? Of course a massive show and a banging sound system. Made Absolutely Fresh fulfil our expectations?

The Raw Hardstyle stage was not that spectacular, but it did its job. A huge Dark Universe above the Dj booth and a smoky, dark atmosphere determined the tent. Two huge speakers on each side, fire and confetti canons, spotlights and later lasers. Nothing to complain about.

The Unity tent was a bit bigger and actually a little more ‘friendlier’ designed, but also offered everything the people wanted to see.

Death Row was the second outdoor stage, which exactly delivered the rough and gloomy atmosphere we expected.

Last but not least, the most important stage: the Mainstage! Actually, it was really sick and fitted to the topic, but I think the extraordinary touch was missing. In the center over the Dj booth, they placed a huge bow, surrounding the huge LED Screen.

On the left and right, obligatory speakers and the water fountains! They also set up a bridge on each side and during the sets some original looking dancers showed up. The light show was amazing, perfectly timed and impressive at the same time. CO2 canons, huge confetti canons, different colored fire, lights and lasers made the show complete!

Especially later at B-Freqz and Radical Redemption, you realized how powerful the combination was. Furthermore, some spots in front of the stage let it shine in different colors during the show! The endshow was spectacular and just awesome! It was a closing ceremony like we want to see it.

Fantasy Island 2015 was an amazing experience and we can’t wait for next year’s edition. It’s not as big as Decibel or Defqon, but still worth to go! You should also check out Absolutely Fresh’s upcoming events – SuperBash and Unity!