ON THE ROAD TO REDEMPTION – HAMBURG 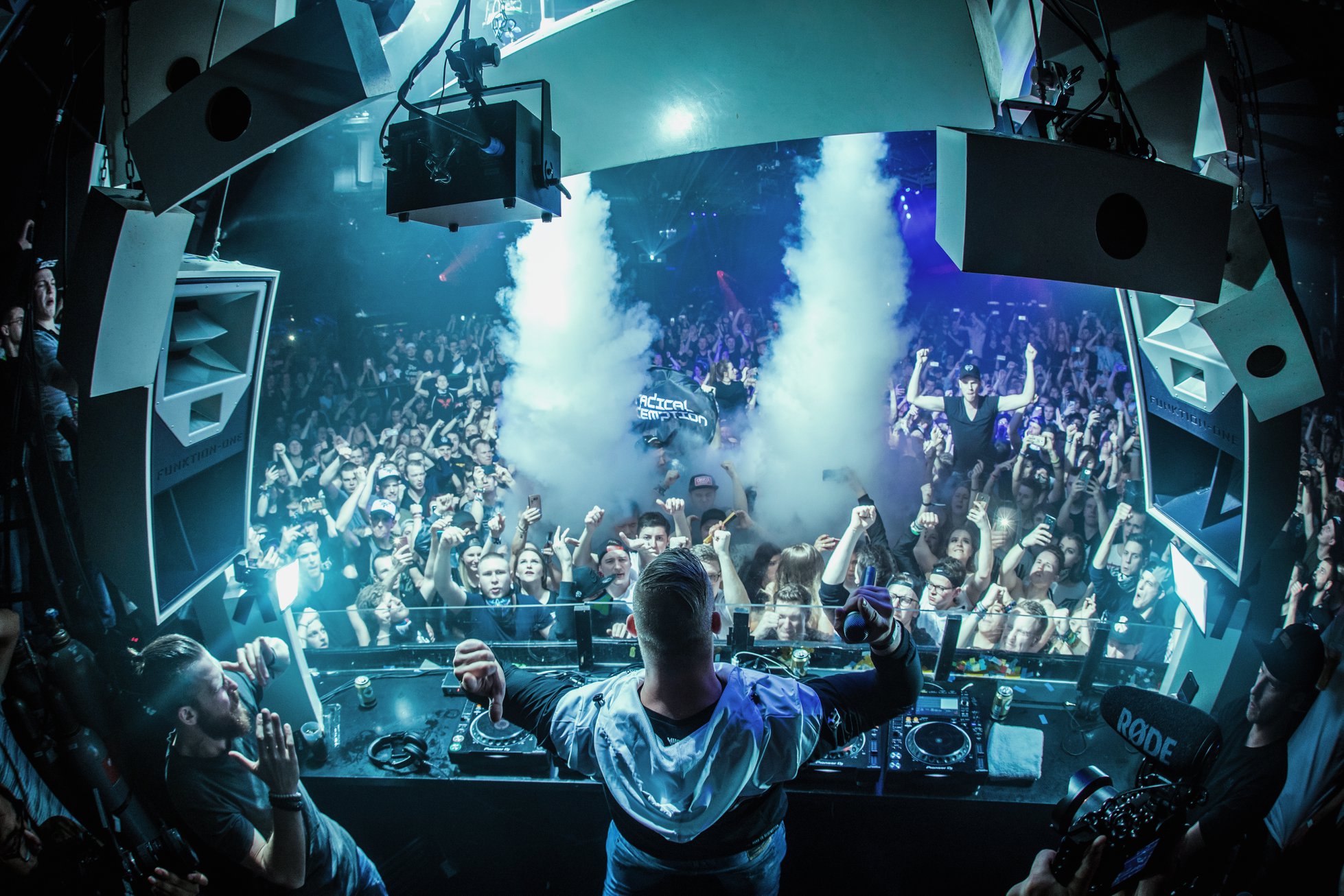 On the Road to Redemption – first stop: Hamburg
A perfect kick-off for the upcoming club tour of Radical Redemption!

The club tour itself was meant to be a really personal thing between Joey and his fans. After he played numerous sold out events with thousands of dedicated fans, he decided to strengthen the bond between him and his fans by bringing the Radical sound to several smaller locations across Germany and the Netherlands.

Starting with a meet and greet at 9pm in the back of the location an amazing evening was about to begin.
Many loyal fans took the chance to visit Radical, Nolz, D-Sturb and Act of Rage at the bus to get autographs, take pictures or just talk to their hereos. As a little gift everyone received a poster as a souvenir.

Right after the meet and greet the crew went to the location for a little soundcheck, to make sure system and speakers are prepared to deliver the devastating sound everyone was waiting for.

Doors open at 11 pm – A queue of approximately 80-100 fans were impatiently waiting to finally enter the location. The security was friendly, the entry was quick and well-organized.
Inside the location a motivated team was about to sell the latest RR collection at the merchandise.

The start was made by Amentis who heated up the crowd from 11-0.30.

Right after from 0.30-1.45 D-Sturb delivered the perfect composition of strong kicks and melodic sounds the people love so much.

THE TIME HAD COME – RADICAL REDEMPTION

Finally the crowd was ready to be pleased by the king himself: Radical Redemption!
Starting with a heroic introduction his unique sound echoed through the location like a disastrous promise. From all time favorites through the latest releases up to the masterpieces he’s working on for the upcoming album – 1.5 hours of pure Radical sounds.

Next in line was his ‘brother from another mother’: At 3.15 Act of Rage picked the crowd up, where Radical left them – exhausted, but happy and ready for even more RAW!

TIME FOR THE CLOSING

At 4.30 Final Form took over the DJ booth for the last set of the night, to demand the extant energy of the last men standing.

When the doors closed at 6 am the remaining die hards left the location with consequently only one thought:
WHAT A NIGHT TO REMEMBER!

If you haven’t purchased a ticket for the upcoming club tour dates, you really should, or you’ll regret not being there.