Someone once said to one of us that “us Hardstyle fans see fireworks every other week in summer, it’s just fair that we celebrate New Year’s Eve indoors” – and it couldn’t be any more true. This New Year’s eve was special in it’s own way though: it wasn’t just the end of 2017 but also the end of Freaqshow, Q-Dance’s New Year’s concept.

Arriving early is key in the Netherlands when celebrating on New Year’s Eve. While other countries schedule their public transport in double shifts throughout the night, the Dutch decide that there simply is no public transport after 20:00. The Ziggo Dome is not necessarily our favourite location due to it’s badly accessible second area, a plus are the lockers are often early gone but just 2€ deposit. Drink prices were a bit over average, but Ziggo tokens could be re-used throughout entire 2018. 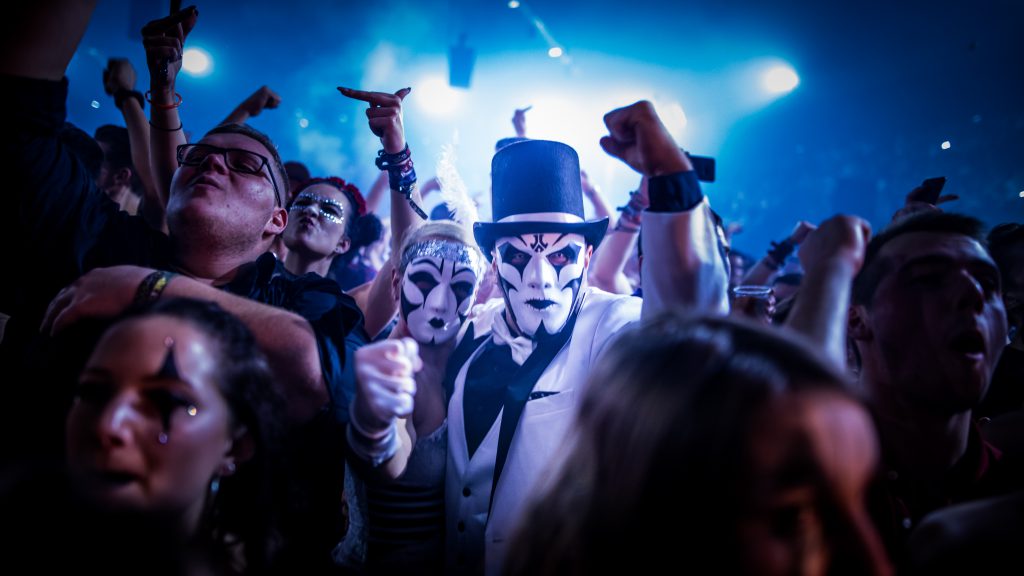 We arrive right at the end of Ransom’s set, a great kickoff from what we were able to see! Sound Rush delivered a great set, but could have done better in our opinion, as their set sounded more like a Sound Rush & Headhunterz b2b rather than a solo set. We got some tokens and decided to rush for some drinks with our friends! Watching Audiotricz deliver one hell of a set, we finally have some time to sit down at the tribunes before meeting up again for the Top 10. The stage was a bit of a homage to all previous Freaqshow stages: dark, fun, playful. It was designed after a church with a graveyard and quite tall for the Ziggo Dome. Lasers and lights were on point and the gloomy but fun atmosphere translated quite well.

The highlight of the night was of course the Top 10! Hearing Radical’s “America” in it was a bit of a surprise to us and we also expected Project One’s “Luminosity” on Nr. 1 rather than Headhunterz’ “Destiny”, but overall there were no really unexpected tracks within the Top10. The moment though, the show, will forever be one of a kind – there’s nothing quite like hearing all the tracks that you heard while making memories on festivals all year when counting down to the new one!

And there it was, 2018! Happy New Year! Brennan Heart was the first DJ we heard this year, and a very driven and somewhat unusually diverse set from him surely made our first night of 2018 one to be entered in style. After some New Year’s dances and exchange of New Year’s greetings to present friends, we rushed off to Area 2 to see the rest of Demi Kanon’s set, who was playing the same time slot as Brennan Heart. The line at the elevator was bearable at this time and the second area not too overfilled. 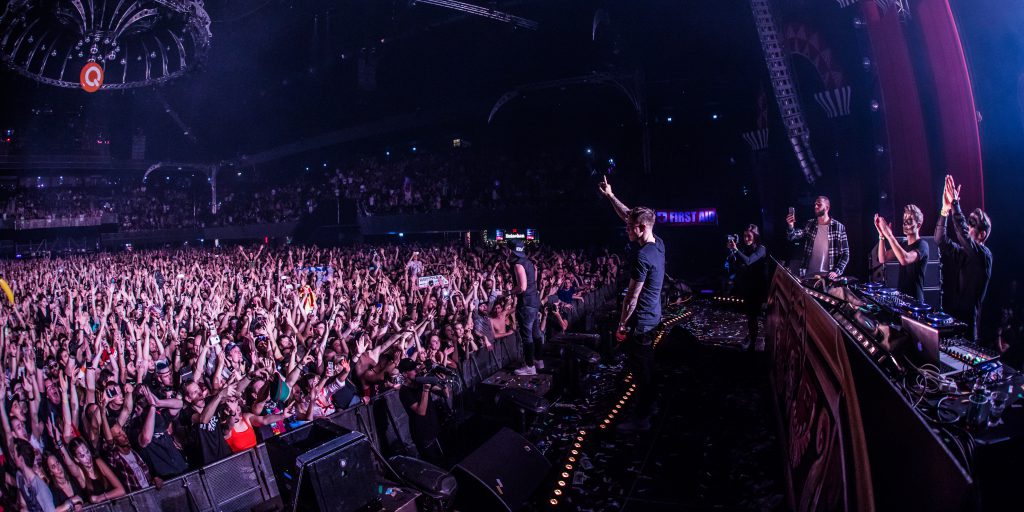 After a short break for us came the surprise: Headhunterz! With number one in the 2017 Q-Dance Top 10 it wasn’t too unexpected after the countdown but still a nice gimmick for this very last Freaqshow. Ran-D’s live act afterwards passed way too quickly for how good it was and B-front then finally set the stage for the darker, harder part of the night. E-Force got us kickrolling for the first time in 2018 and  D-fence delivered an unbelievably energetic (and fun!) end to the night. Next to some D-fence favourites we also loved the sneaky bit of Frenchcore at the end! Are we going to see Q-Dance come back with a new concept for 2018? The booklet we got when leaving says “Yes”! And we sure can’t wait for what 2018 has in store for each one of us!

We thank Q-Dance for having us!