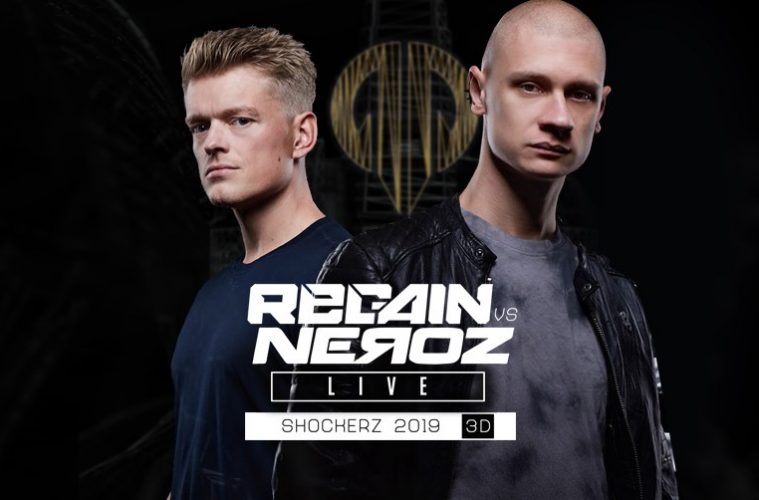 Heart for Hard is inviting you to another virtual reality festival. After the fulminant debut with Udex at the virtual Rebirth Festival, the makers of Digital World present you Regain Vs. Neroz live at Shockerz.

Attending a festival in a complete 3D virtual environment might sound like pure future stuff – but it isn’t. Thanks to a cooperation with YouTube the music label Heart for Hard enables hardstyle fans a very unique experience. Whilst most of the video streams from artists and organizations are currently based on a normal video stream, attenders of Digital World dive deep into a complete 3D festival scenario. This either via common VR glasses (like for Playstation 4) or a virtual D-Pad. This is the VR event Shockerz.

At the debut edition, “Neroz at Rebirth Festival” visitors could watch a fully animated Rebirth stage, with a dedicated DJ booth. Even an animated dancing crowd was there.

The designers already announced that the next episode will have enhanced visuals like lasers.

‘We noticed, that many visitors gave us enormous positive feedback. so we created a poll, what people would love to see next time. Most of the participants voted for Lasers. Consequently, we knew what we had to do.’

For the upcoming show, virtual visitors will enjoy the virtual reperformance of Regain’s and Neroz’s set, which they played at the last edition of Shockerz. Thus all those, who attended last year’s Shockerz know what they can expect. Those who missed it will now have a new chance to witness this exclusive act.

Exclusive edits and a track premiere

But Regain and Neroz prepared some additional extras. So all visitors will have the opportunity to witness the premiere of Neroz new track. On top of that, they prepared some very exclusive edits like ‘Supersonic Star (Live Edit)’ and ‘This is Regain (Live Edit)’

Dive into the Digital World and enjoy the VR Event Shockerz with Regain and Neroz. Compatible with Android, iOS, Oculus, and Playstation VR. The show starts tonight at 7:00 pm CET. All information can be found on the event page here.