What the F#CK is QULT? 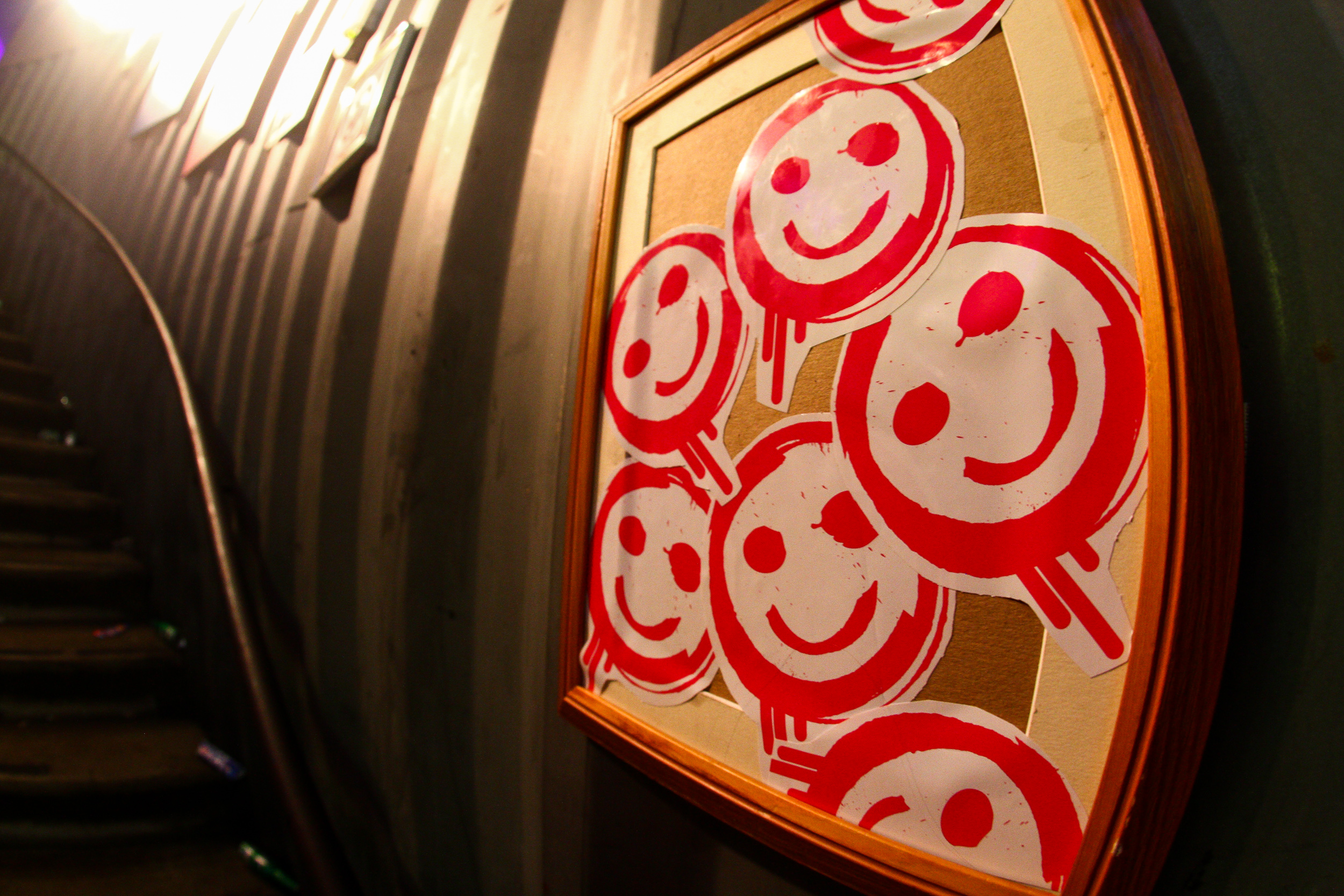 Joining the QULT with Geck-o!

For me, as a hardstyle and festival enthusiast, who is always on the go to an event, the word QULT was nothing new. I see it every year at Q-Base, Defqon.1 and people seem to enjoy the corresponding stages. But ultimately this music or this ‘QULT’ was still something strange for me. It was an underground thing, something unknown.

So, I started asking myself: What exactly is QULT ? And how the hell can I join it?

Questions, whose answers brought me to an exciting musical journey. I got myself some help with Geck-o, who gave me an insight on his perspective of QULT and showed me his new album “A New Wave”. Without further ado, let me take you on this journey to join the QULT !

The quote you see right now was the first definition I ever heard of QULT. It comes from a nice stranger who tried to explain this extraordinary music to me. He was quite hooked by it and his words made me curious. In the end, I should realize how true this first definition was.

QULT isn’t a music genre, even if many would talk about it as ‘QULT music’. It’s a brand and label, covering experimental and overall unknown/ underground music, one of the many SFX Companies and directed by Q-Dance.

QULT represents a big variety of genres: hardstyle, acid, trap and everything that’s more ‘underground’. Most QULT artists combine different styles so it’s nearly impossible to agree on one after all. But the word QULT is already more than a label. For many artists and fans, it’s representative for harder underground music, far away from any mainstream.

You might see it as an anti-commercialization movement, against limits and boundaries. An open minded scene like QULT also inspires artists and fans to create and enjoy music beyond trusted hard dance patterns.

We asked Geck-o about his definition of QULT: “In my eyes QULT is a musical laboratory, where people come together who want to party hard, but also go a little deeper with their music taste. QULT as a platform mashes many styles together, with the new subground sound as the main ingredient. If you are open for new things, willing to be surprised, QULT is something for you.”

Despite the fact that QULT does not represent one single genre, the music still ranges between 125 and 150 bpm and contains mainly synthesized sounds, deep basses and originated out of electro dance, house, techno and hardstyle. Repetitive parts, seen in hardtechno, are also found in many tracks and are characteristics of this music. Geck-o told me what makes QULT so special and in which genre he sees himself and his music.

“What makes it so special is that it’s so hard to catch within a genre. I have a hardstyle background, but I’ve been expanding my producing range a lot. Now, with my album, I have showcased my broad view on the sound of QULT. This resulted in a lot of very different tracks, still bound together by a signature sound. If I was to drop a genre name, it would be subground, the 130-135 bpm style with heavy bass drums and rough sounds. This style was once created by ACTI, and then picked up and developed by QULT and its artists. Witnessing and contributing to this evolution of style is very exciting for everybody involved.”, Geck-o

QULT as a unit

After several hours of QULT podcasts, live sets and events I found myself between the allied and dedicated fans of the subground sound. And let me tell you: it was really refreshing to see this solidarity between the music, the artists and the label. The audience is grateful for the music and in return artists are driven to deliver something that the audience can be grateful for.

In the middle of this relationship we find QULT, creating a platform for experimental musicians. Different QULT events become the showplace for banging extraordinary sounds, dedicated crowds and almost spiritual experiences. The combination of deep basses and flickering colors can be compared to something you find at a goa party. But everything just a bit harder. The small and cozy stages at QULT events, where you can be close to your idols, accompany this feeling of unity.

Handling a music community in this innovative way, where new approaches are not punished with hate or rejection, leads to something powerful and durable. If you check their Facebook fan page you will see, that QULT supposed to be a church or religious organization and I can’t even complain about it, since it feels kind of superior.

While talking about unity within a music community I had to think about hardstyle and the challenge of “staying united”, that we face right now. Especially hardstyle fans feel the split between different sub-genres. And while the QULT community is busy with dozens of sub-genres without facing any problems, hardstylers are already fighting about the intern split of just two.

So, Geck-o? Could we use QULT as a model for unity between musicians and fans?

“Yes, I think so. As said earlier, many styles of music come together and form an exciting blend. The same goes for the audience. People from many different backgrounds, musically but also ethnically, unite on the dancefloor, partying to the same music. That feeling of unity, all together synchronizing to the same frequency, goes generally for music events and is truly a spiritual experience.”

I must admit the slogan above got me a bit confused at first glance. There is no online form to actually join the QULT, church to go or ritual to endure, but more mundane things you can do. Joining the QULT is not only a great metaphor for being part of a music community, but also a shout out to all music junkies, looking for new inspiration. Geck-o’s recommendation for all QULT newbies should provide you with a good approach.

In addition, you should get a regular QULT dose with the QULT Radio podcast hosted by Geck-o, available on the official QULT Soundcloud channel. Next step on the list is to visit one of the few QULT events. You will find different dedicated events by Q-Dance now and then or you can visit the QULT stages at Tomorrowland, Mysteryland, Defqon or Q-Base. So, if you are on the go to one of those events, give it a shot and look out for the QULT smiley, guiding you.

An uncommon combination you say? Think again! A hand full of QULT artists origin from hardstyle or produce tracks in both genres, subground and hardstyle, like Audiofreq. Subground music uses many of the characteristic patterns of hardstyle. Screeches, saw leads and distorted kicks. It’s mostly the slower tempo that makes the major difference.

Organizers are using this consonance to introduce hardstyle music at an event for example. Starting an evening with fresh QULT, subground sounds are more welcoming to most of us and it opens the possibility for a smooth transition into hardstyle. One of the most used subground sounds is Geck-o’s track “Craving”. If the name is not saying anything to you, you should definitely check the track out.

“I see Craving as a fusion of the subground sound with hardstyle. A sonic adventure, maybe you could call it a march even. The interpretation of the emotion in the track is free for everybody, but it’s sure to get to you in some way.”

Geck-o playes with styles and switches between them with ease. Producing in one genre can create repetitive sounds. In the same sense more genres require more ideas. But where does this creativity come from?

“I can’t help but to do something different every time. Something that is not out there yet. It’s just the most exciting. Most of my inspiration comes from listening to a wide range of music styles. It gives me all these little ideas and elements I can combine in my own music to create something fresh. I think all ideas, no matter how strange they might seem, just have to be tried out and given a chance.”

A NEW WA VE Is the title of Geck-o’s new album and it caught me right away, lured me out of my comfort zone. “A New Wave” is a meaningful title that comes with a clear suggestion. Let’s ask Geck-o what we should expect and if the title can meet these expectations!

“I surely hope the listeners don’t go in with too many expectations, and are open to experience something new. In that sense though, if experiencing something new is the expectation, I think it’s likely to be met. I went to discover new sounds and combined styles, resulting in some really fresh stuff.”

While listening to the album I felt that Geck-o’s music causes confusion with the listener that is provoked. If we look back to hardstyle, where many tracks use the same pattern over and over, it was very refreshing for me to get surprised, get swept away with the music and lose myself in the creation of the artists, to receive and read his message that I could hear in his music.

Every piece of art is a reflection or a just a fraction of the creator that gives authenticity to the music. Why should we lose this essence in hardstyle? Comparing this idea with Geck-o’s album, I was curious if the calm but powerful atmosphere of this album is representative for his personality.

“I think that is a good description of my personality. So yes, the music is definitely an image of myself. In my life I like to create contrast between an easygoing, calm lifestyle with intense experiences and rough parties. This comes to the fore in my music. By creating this contrast, the intense parts come through so much stronger and really hit you hard.”

I hope you enjoyed this article from the latest printed version of HardstyleMag!