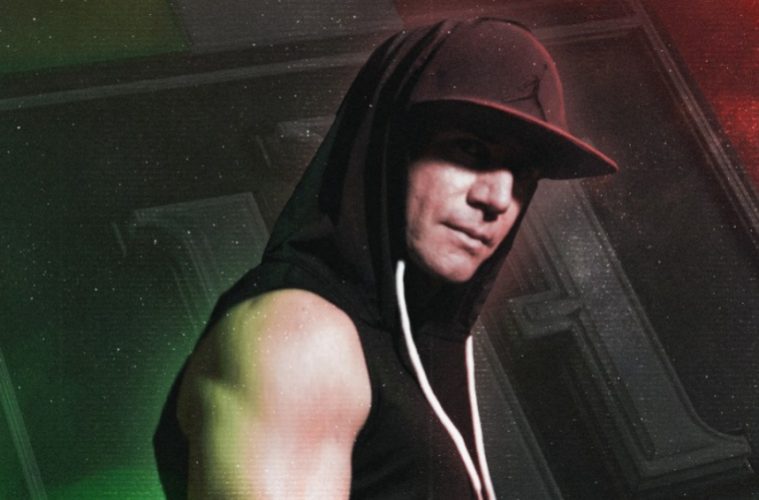 Times are changing. Old forces unite again to pave a path to the future. Zatox is proud to present the return of a legendary label in the Scantraxx universe – Italian Hardstyle is back.

The Italian Maestro Zatox is a name that is synonymous with the legendary legacy of the Harder Styles. His unique style, modern yet with signature classic Italian Hardstyle power, will be fully represented in the label. A new chapter with new music awaits. New musical adventures are ahead.

Born in 2010, Italian Hardstyle was initially formed as a collaboration between Zatox and Scantraxx. Moreover, Zatox is most known for hosting classic releases such as the Creation EP. This EP was known as the original Raw Style EP, which gave birth to the genre we know today as Raw. Furthermore, Zatox was responsible for the 2012 Decibel anthem. Consequently, Italian Hardstyle left a deep mark on the scene and it was undoubtedly missed when it departed.

The first release, Drop The Bomb, will see the light of day on the 1st of December. Subsequently, Zatox will present an exclusive showcase of his upcoming new music and label on the 3rd of December at the 20 Years of Scantraxx event.

We sat down with Zatox…

Congratulations on the big news! How does it feel to be back at Scantraxx?

It feels just right, it also feels like just the right moment, so everything considered it feels great.

Music is constantly evolving. Back in the day we were fixated on different aspects like finding the right tension in the melody and have lyrics that make an impact, that was the winning formula. Take the Wild Motherfuckers’ Hardbass anthem for example, the whole atmosphere is raw and dark, but nevertheless it’s a very catchy track. But we never consciously created a sub-style, we tried to distinguish ourselves within the genre, and somehow the term Raw caught on. It took on a life of its own. Maybe it was also a response to tracks that were getting poppier. Those tracks expanded the scene, but not everyone was happy about that. Some liked underground music more. Fast forward to 2022 and you’ll find that most raw producers mainly focus on creating many different kicks. Things have evolved and I hope to play a role in the next step of the evolution.

The hard dance industry is of course predominantly Dutch, has it been more difficult to succeed in the scene as a non-Dutch person?

I always felt very welcomed by the Dutch audience so being a non-Dutch person isn’t the issue. Of course there is a disadvantage to being a Hardstyle DJ and producer and not living in the Netherlands. Here I sometimes miss the network of the countless people who are active in my beloved music style. Without the Dutch scene I could never have become the artist called Zatox that you now know and my career would probably be nothing more than a hobby. But not living in the Netherlands also brings opportunities. That fact alone makes me special. I stand with both feet on Italian soil and will do my very best to anchor my Italian roots in my sound and to enthuse more Italians for Hardstyle.

The Italian hardstyle sound and scene are so distinctive, what do you think sets it apart from the other styles and subgenres of hardstyle?

First of all I would like to say that I personally don’t like to split a subgenre of dance music into even more fragmented subgenres. We all make hardstyle music and try our very best to stand out as an artist. Most Italian producers I know have their own recognizable sound. Close your eyes and you can easily tell the difference between Zyon or Tatanka, TNT or Zatox.. Italians have a certain sense of style and a high regard for quality. This is reflected in the countless famous brands from Italy such as Gucci, Prada, Fendi, Versace, Armani, Cavalli, Ferrari or Lamborghini. And if you look at ancient Rome, you see that Italians are able to make something that is future-proof. In that tradition I would like to see Italian Hardstyle.

In your announcement you declared that this will be a new era of Italian Hardstyle can you elaborate on what that means?

Times have changed of course and the re-launch of Italian Hardstyle will not be the revival of something old, but the rise of something new. Back in the day we started the label in a spur of the moment. We were innovative and creative and without knowing it spawned a new subgenre within Hardstyle. Now we are back with the same creativity and open-mindedness, but with much more experience and vision.

What can we expect from this new label, any hints you can share with us?

Like the name says we will be focusing on releasing Italian Hardstyle music. We appreciate quality and creativity over quantity because it’s our job to stand out among the countless tracks that are released each day. I can already reveal that the label will not only be a podium for Zatox music, but also a release platform for emerging Italian artists.

The first release Drop the Bomb is out! Can you walk us through your creative process for the track?

The first part of the process is inspiration. For this track I wanted to follow in the footsteps of ‘Rumble in the Jungle’, which dates back to seven years already. It recently crossed the mark of 10.000.000 views on Youtube. It’s still one of my favorite tracks because it’s a great mixture between catchy, heavy and good vibes and this time I managed to come close to that feeling.

I create something new each and every day and all my concepts and ideas are stored on my computer. I constantly browse through my library and I finish tracks that I connect with in my current mood. The basic structure of this track was created over a year ago, but now the mood was right to pick it up and finish it. Launching a new label is a big step and that requires a big track to lead the way. ‘Drop the Bomb’ seemed more than appropriate.

The news is out that you’ll be presenting an exclusive showcase of your new music and the label on December 3rd at the 20 Years of Scantraxx event. What are you most looking forward to about that night?

First of all it’s good to be back in Holland after a couple of months. I’m very excited to play my new track ‘Drop the Bomb’ for the first time and test-drive a lot of new and unreleased material like some interesting collabs with Riot Shift, The Purge and Zyon to name a few. But most of all I’m looking forward to meeting my Dutch fans again. I can’t wait.