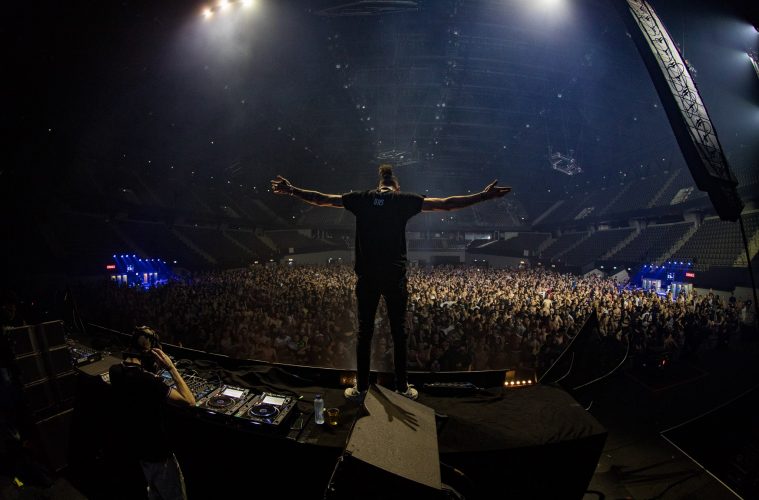 DRS SIGNS TO MOST WANTED DJ

He is one of the leading Uptempo giants – DRS. His superior fast hardcore beats have demolished places around the world. With the Label Triple Six he celebrated several hits and he performed already at countless festivals. Now – the time has come where DRS signs to the known artist Agency Most Wanted DJ.

Quote from the announcement

Relentless Belgian hard-head DRS is one of the most talked about artists of today. The audacious DJ and producer began his career in 2012, with an aim to escape his personal hardships by delving into the art of mixing and music production.

With a diehard and unyielding attitude, he worked day and night to construct a high tempo and boundless signature style that’s been turning heads for over five years. The Triple Six Records head honcho boasts major Uptempo hits like “Matenaaier”, “Overdose”, “Death Row” with Deadly Guns, “GFU” with Chaotic Hostility and his remix of “Plafonddienst” by EZG & Steen.

You’d better prepare yourself for more destructive tunes and performances from this blazing Hardcore assassin!

Junot AKA DRS originally comes from Belgium, Limburg. His career started on December 14th. 2012 and right from the beginning he was more than serious about his big plans. The Hardcore virus infected him directly and perfection was one of his main priorities. Since then, he followed his inner principle to look never back just forward into the future. He recently released his 3rd. EP on Korrupt Recordings and all tracks reached place 1-4 in the worldwide Hardtunes top 100 charts. So get ready for DRS.

More about Hardcore can be found here