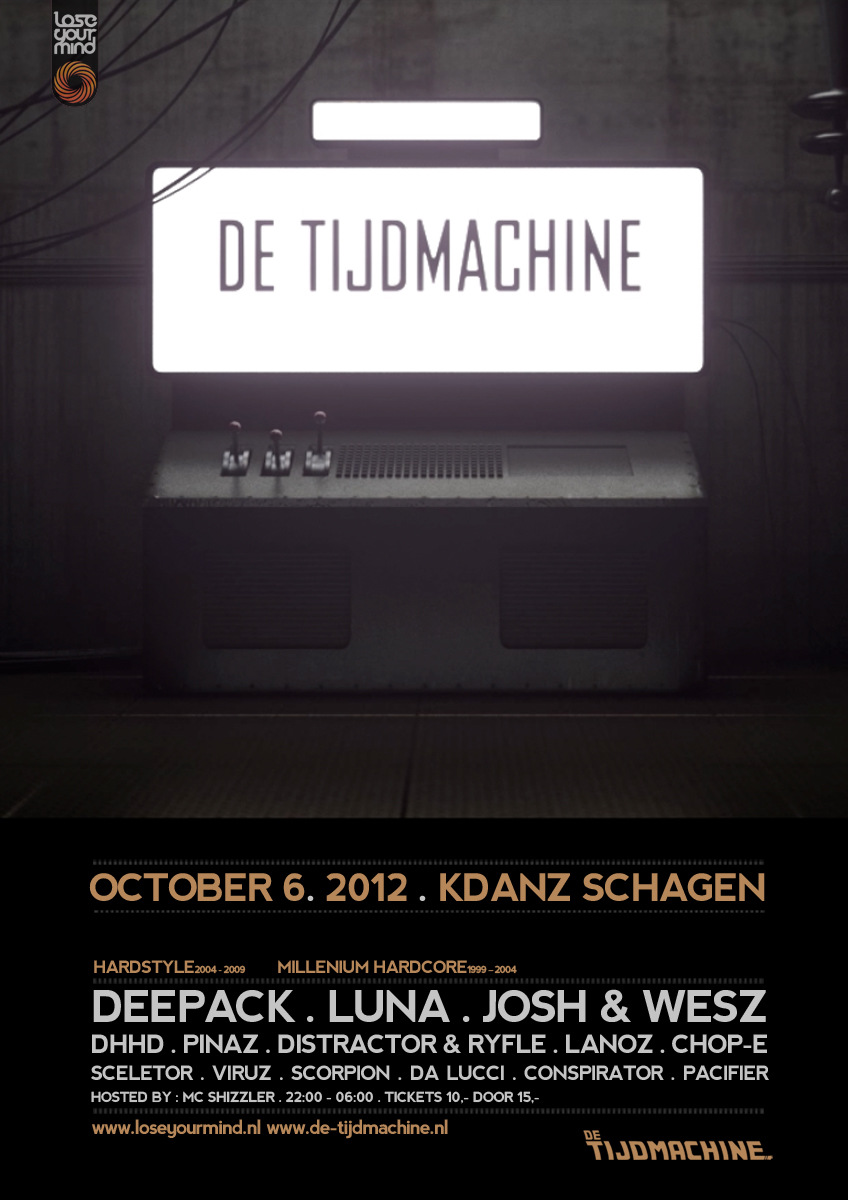 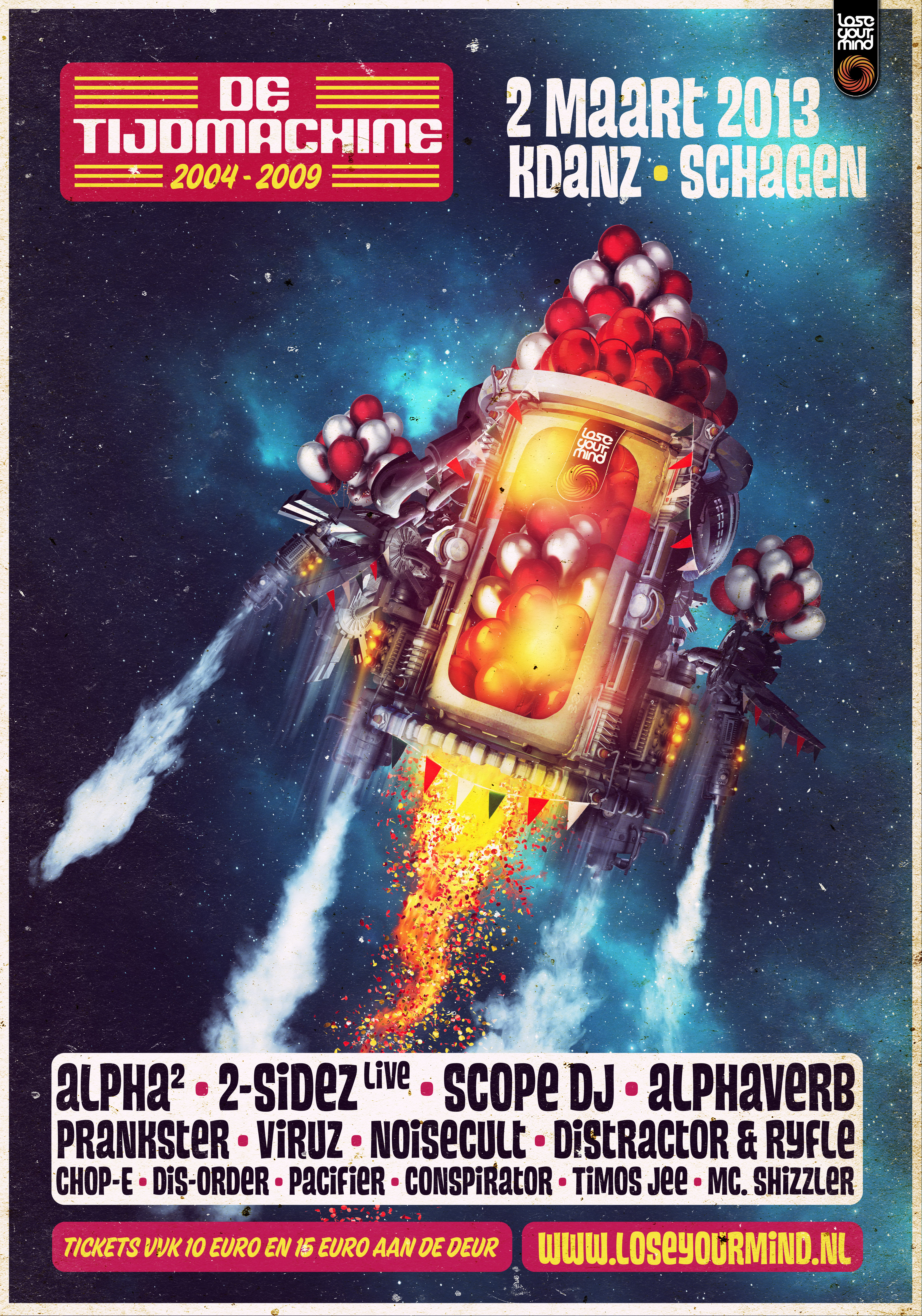 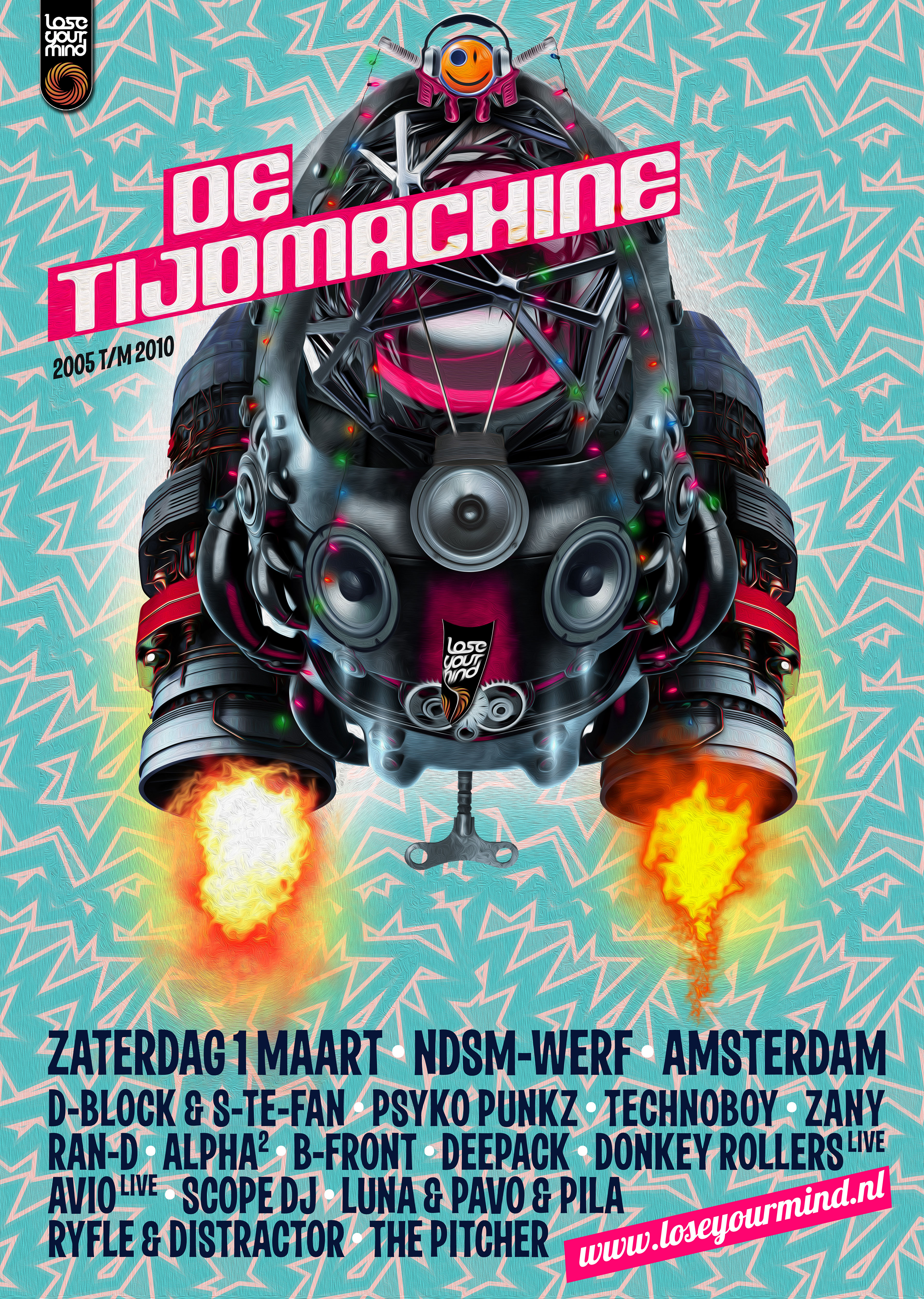 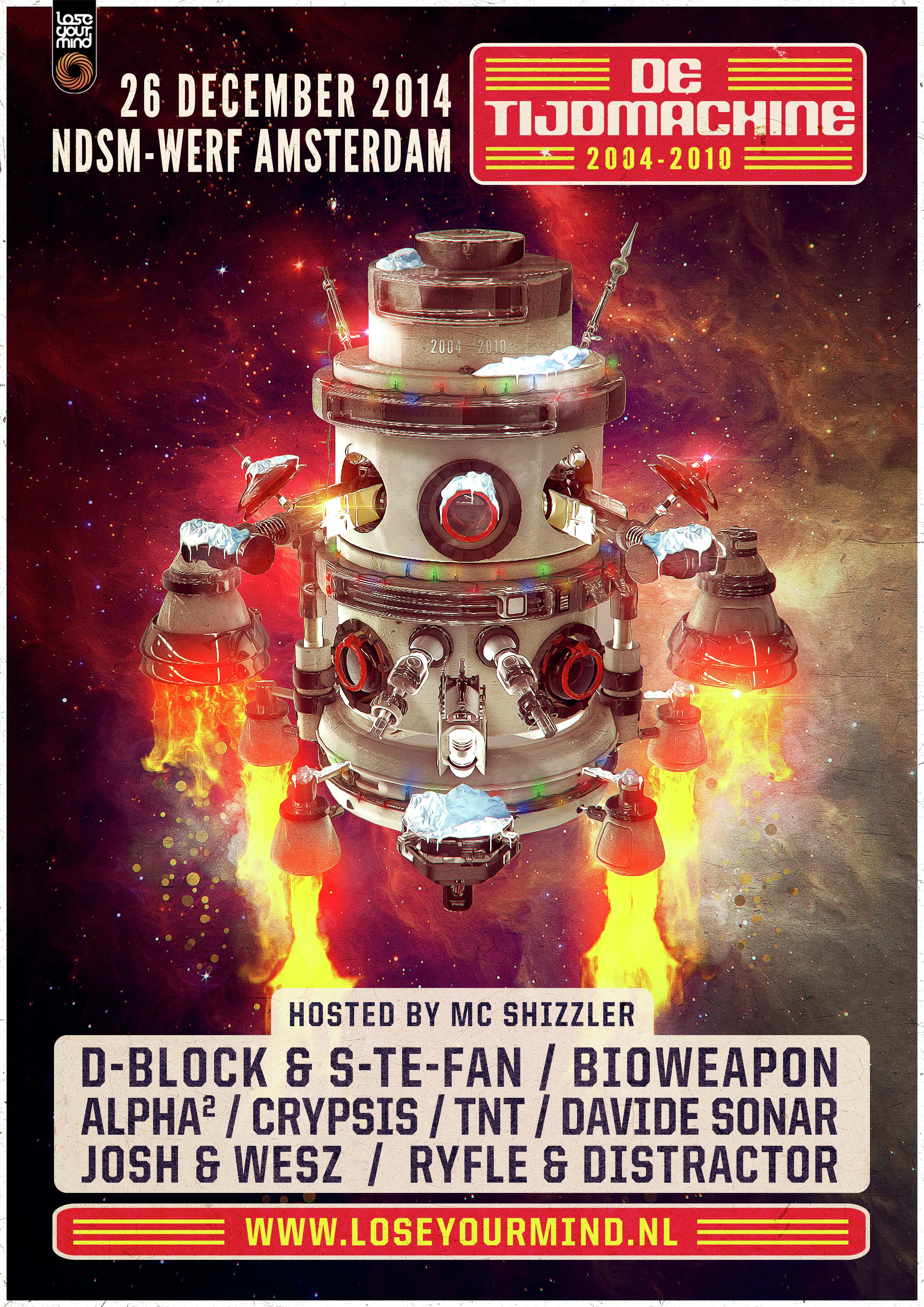 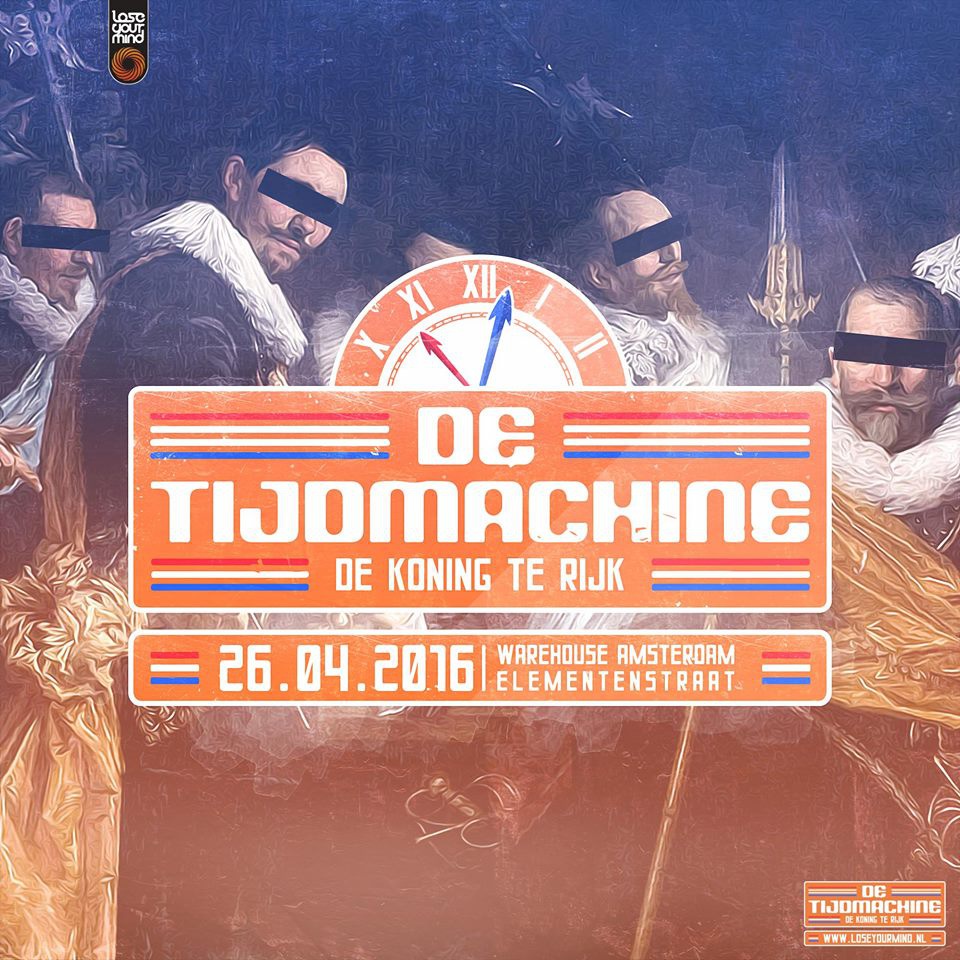 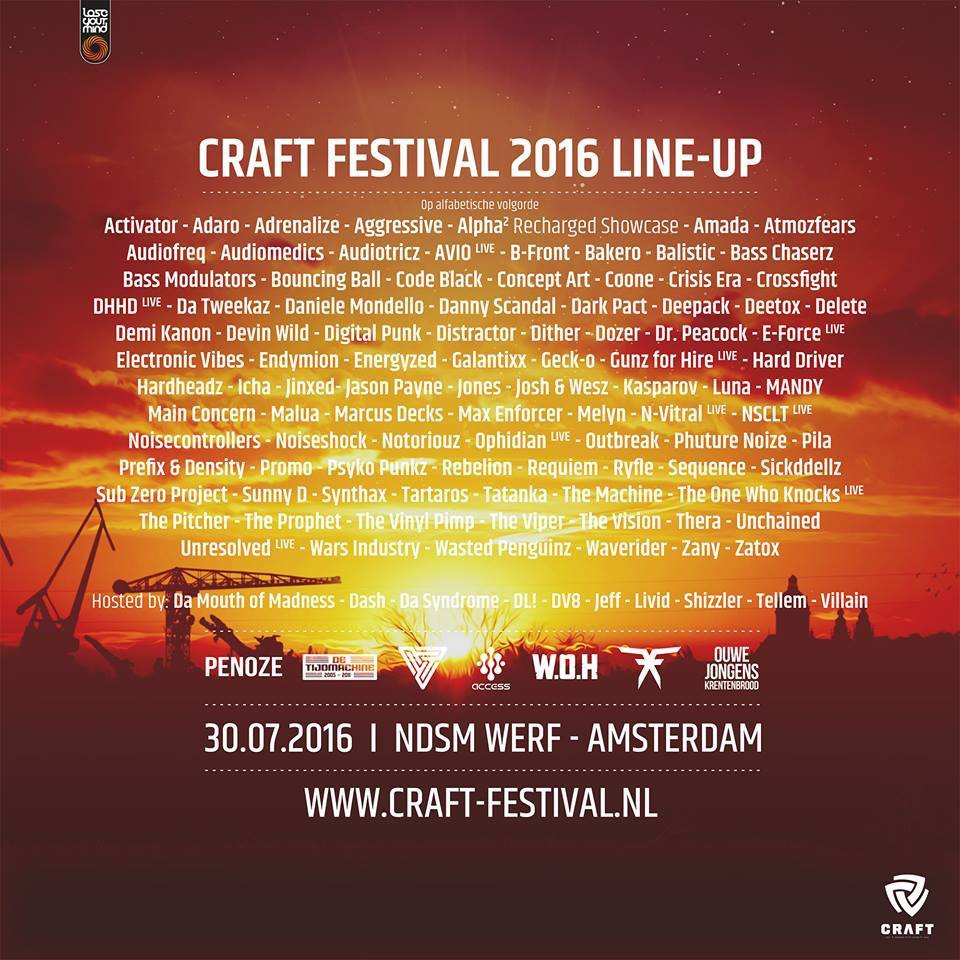 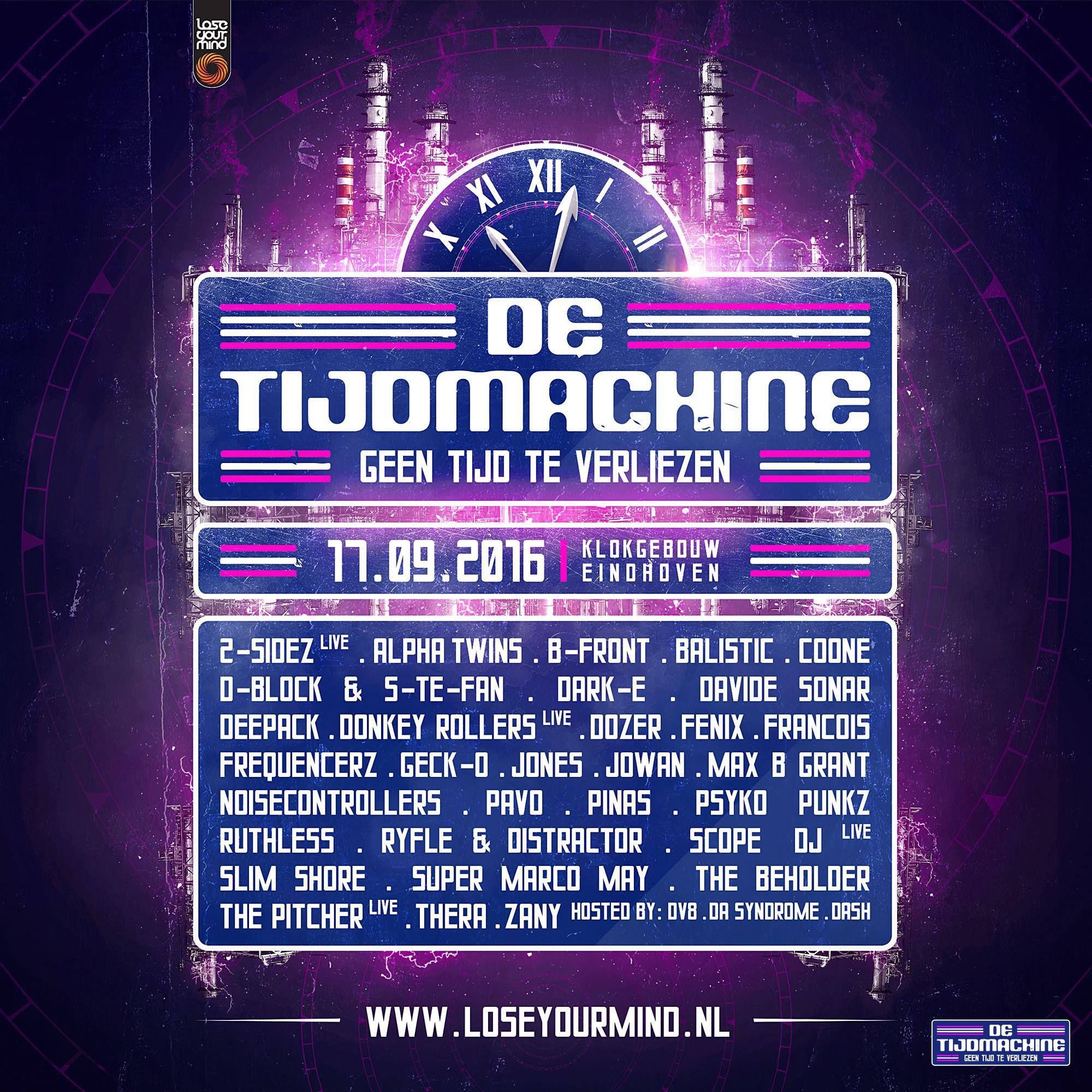 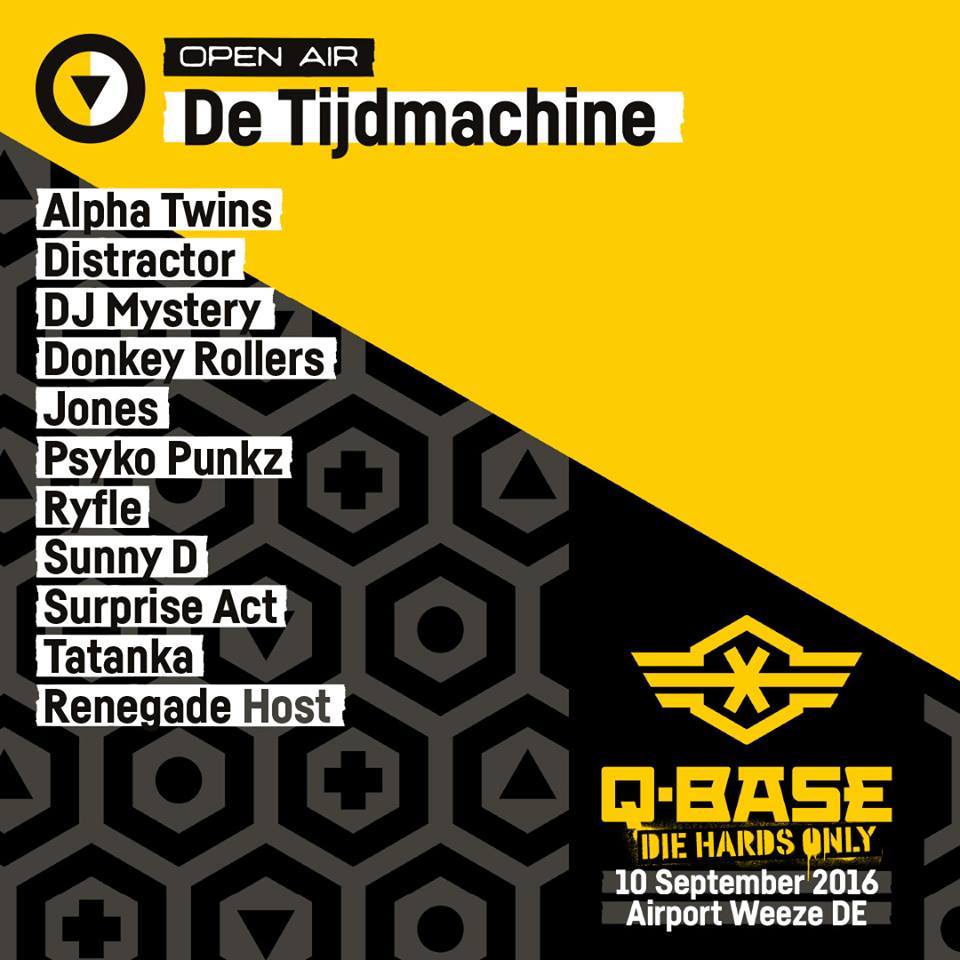 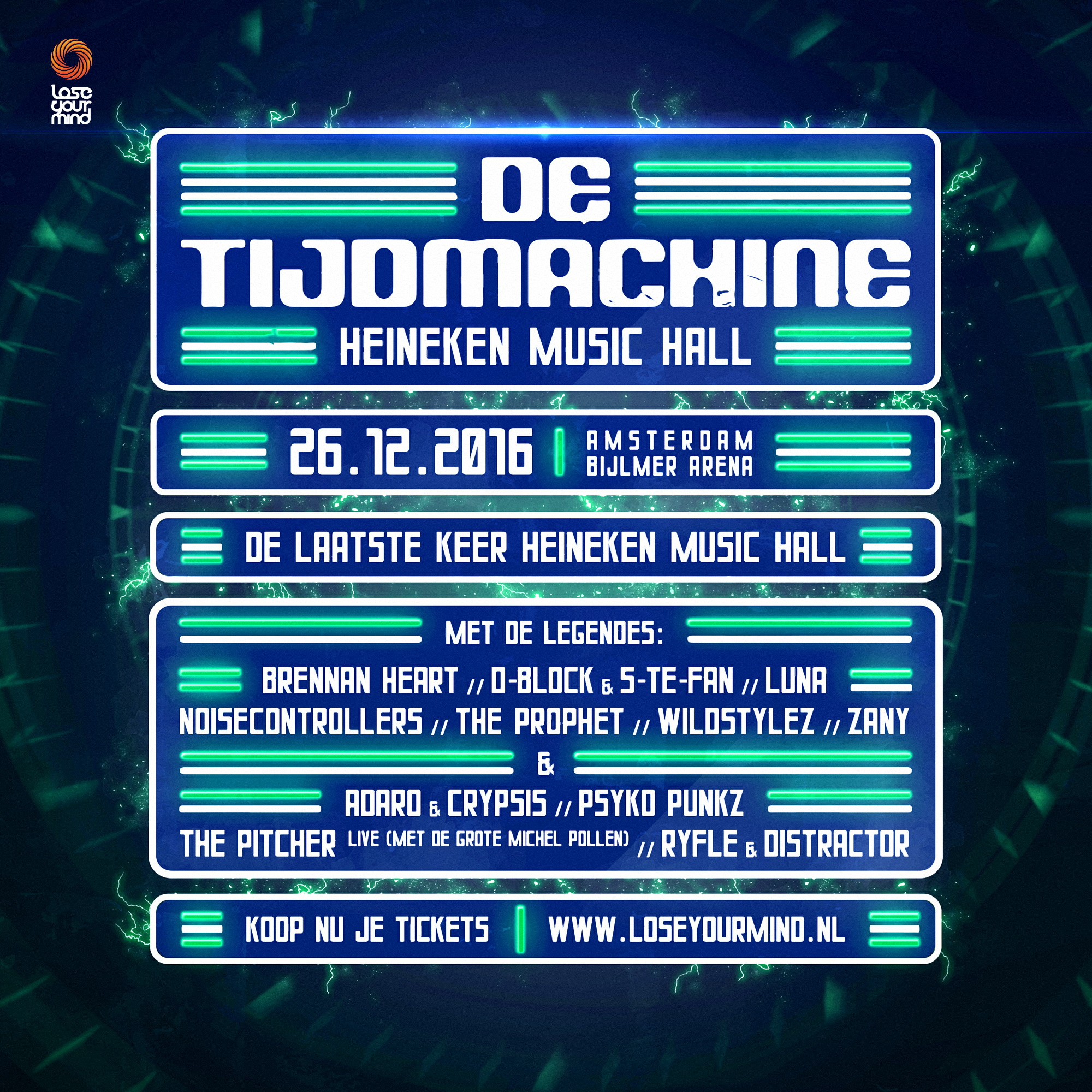 D-Block & S-Te-Fan
Tijdmachine friends! Did you know that we recently re-uploaded our Music Made Addictz album to Spotify? How about that for a warm-up round?

It’s that time of the year we come together with our loved ones and our family to celebrate the loveliest time of the year – christmas! The end of the year is near, we can already hear the millions of fireworks, lighten up the sky on 31st of December. But, if there is one date you should definitely keep an eye on during these last days: It’s the 26th of December! De Tijdmachine is back with a brand new edition, this time it will take place in the glorious Heineken Music Hall!

Noisecontrollers
The HMH will always be a legendary venue for every hardstyle fan. Already playing there since the beginning of my career and I can’t wait to relive al those special moments we experienced together once again at De Tijdmachine!

In this article we want to take you back to the golden era. The most precious time within the hardstyle scene, the years 2005 – 2011. De Tijdmachine honors the worlds most famous classics, stands out for its grand line ups and shows and pretty much offers the best atmosphere you can witness. Travel back in time to the roots of De Tijdmachine and check out all infos about the next upcoming edition!

The Prophet
H3Y amigos! I’m happy to be back at de Tijdmachine! My first one was actually a year ago in the NDSM werf. Later this year Wildstylez welcomed me at his Kingsnight edition in the Warehouse Elementenstraat. Both times the visitors’ enthusiasm REALLY surprised me! It’s not everyday that people are so enthused by what we’ve been doing in the past instead of what we’re doing now. I really can’t wait to do another round in the Heineken Music Hall… what better venue is there for a party like this?

The first edition of De Tijdmachine took place in 2012, on the 6th of October in Kdanz. The very first edition offered two areas. With hardstyle from 2004 – 2009 in the main hall, the line up consisted of Deepack, Josh & Wesz, Distractor & Ryfle or Luna. Funny fact: The second area was actually a Milennium Hardcore area, with hardcore music from 1999 – 2004!

The second edition of De Tijdmachine took place on 3rd of March 2013 and offered two floors. Again, the line up was packed with just the best artists, playing hardstyle from 2004 – 2009 and hardcore from 1999 – 2004. Besides Scope DJ, Alphaverb or Alpha2, 2-Sidez played a 30 minutes live set.

A new location, a new look, new artists, but the same feeling! In March 2014 Lose Your Mind took De Tijdmachine to the next level, to a brand new location in Amsterdam and this time they honored music from 2005 – 2010! By reducing the areas to one, the new focus was just hardstyle. The line up more diverse than ever before. Technoboy, Zany, Donkey Rollers live, Avio Live, Psyko Punkz, B-Front, D-Block & S-Te-Fan or The Pitcher brought back the well known classics we all know. With more than 2500 interested people, Lose Your Mind could almost quadruple the visitors, compared to previous editions.

In December 2014 they went one step further. De Tijdmachine was back with the well known Christmas edition. This time De Tijdmachine took place on two dates – the 26th and 27th of December. A different line up on both days topped off Lose Your Minds offer. A true highlight: Bioweapon and Davide Sonar! Damn, who remembers Davide Sonar at Qlimax 2009?

It’s December 2015. On 26th Lose Your Mind was back with a new edition of De Tijdmachine. The new branding looked promising. The line up was bigger than ever before and finally the second area was back! Hardstyle strictly from 2005 – 2011, the golden era! Huge names like Coone, Psyko Punkz Live, Brennan Heart, Noisecontrollers Live, DHHD Live, Wildstylez, Dana or The Prophet made the line up just perfect!

Just on time for Kingsday and Kingsnight 2016 Lose Your Mind announced a new edition of De Tijdmachine, taking place on 26th of April! This well discussed edition, due to some “hints” of a possible Project One performance, offered two areas and put Wildstylez into the focus. Besides him The Prophet, Pavo, the residents Alpha2, The Pitcher or even Slim Shore were part of this edition. By moving to a new location this edition marked a turning point.

The end of 2016 was near, its November and Lose Your Mind held the 4th edition of De Tijdmachine in 2016, more events than ever before, more hostings than ever before! We all know Klokgebouw from Loudness. This year it was transformed into the biggest time machine the scene had ever seen. A great edition and a truly highlight in 2016! With 3 areas the line up was diverse like never before. The first area was hosted by Zany and friends, the second by Belgium mastermind Coone and the third by Ouwe Jongens Krentenbrood with a crazy ending by Thera & Geck-O!

Besides all stand alone editions of De Tijdmachine, we could have enjoyed several hostings at festivals like Q-Base 2016 or Lose Your Minds Craft Festival in 2014 and 2016!

Only a few days to go, De Tijdmachine takes place in the Heineken Musical Hall and we can’t wait to be part of it! The line up looks absolutely amazing and we guess the decoration and feeling will be crazier than ever before!

Tickets: Tickets are still available, only 48,50€