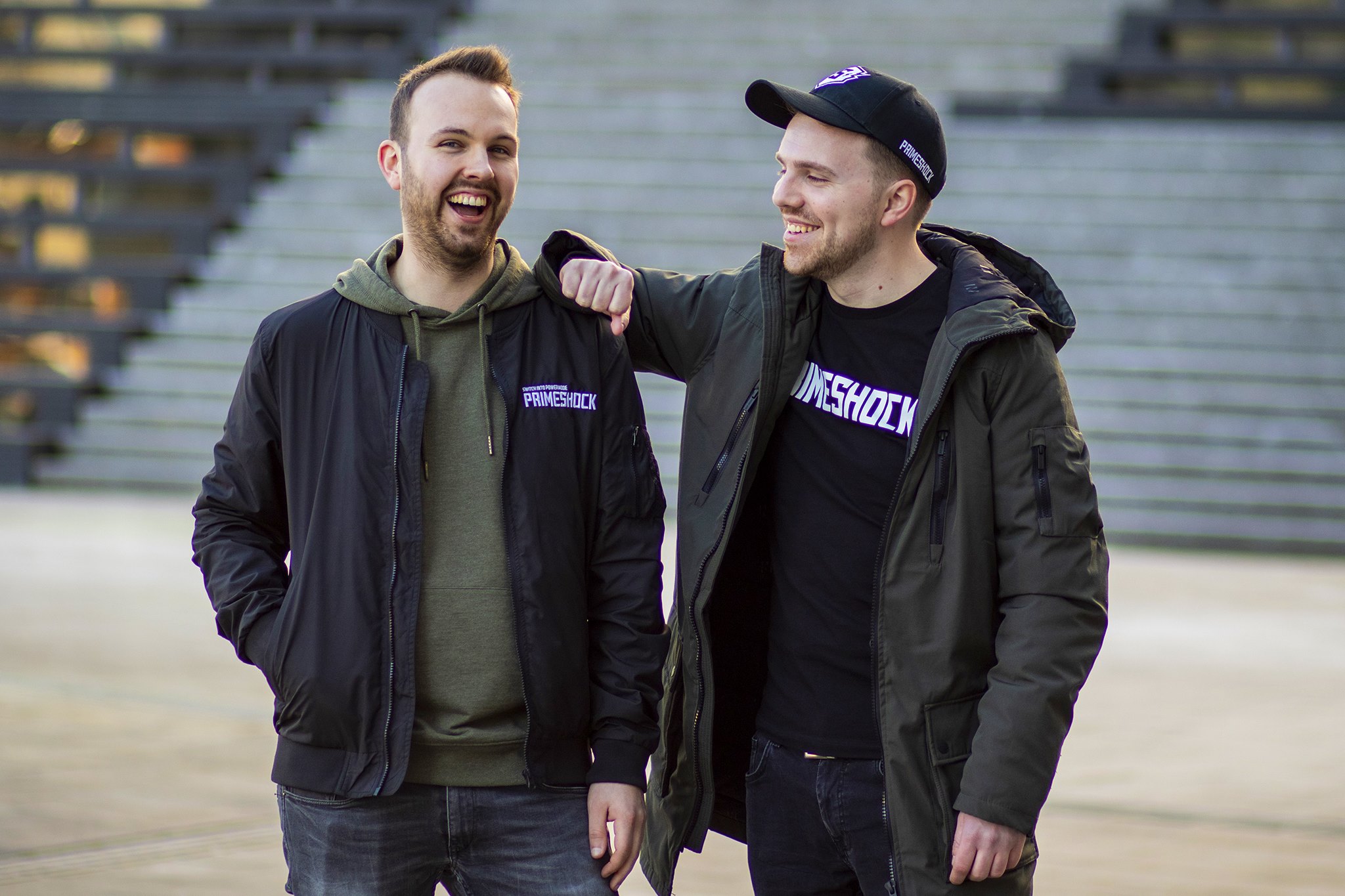 Their shockwave of energy is taking over stages and festivals. In their own words: Primeshock” is the direct effect of a Hardstyle bomb that dropped too hard.

The duo that has lately joined the Wishlist Agency is spreading a very special type of Hardstyle that infects people around the globe. Time for Hardstyle Mag to meet up with the duo and to find out, who these guys are. So let’s talk to Primeshock..

How is it for you guys to open mainstages? Is it something you like doing or do you prefer a time slot later on?

We think its an honor to open a mainstage! We like playing classic tracks in our sets so that fits perfectly with setting up the right vibe at a party. Of course, we prefer to play at a later time sloth though, as the crowd will be bigger by then and we can unleash even more energy! Going all out on an opening set isn’t always the best way, unfortunately, hahaha !

Can we expect anything cool from you guys soon collab wise?

We are currently working on a few collabs, one with Wildstylez and another one with Jay Reeve. We have some plans with other artists too, but we still have to start working on those….cant drop any more names yet.

How did you come up with the idea of Retroshock and will we see more of this in the future?

We have a great connection with Retrospect and when we were working on our collab (Retroshock), the idea occurred to take it a little further with the act! We don’t have any plans to do more of it yet, but who knows…time will tell 🙂

The energy! It can be unexpected, building up, suddenly dropping and then the explosion of energetic vibes take over. It’s fun to listen to and to produce, we just love it. It always gives us the energy boost we need for the day!

How did you get in touch with Hardstyle?

We both went from the Jumpstyle hype that was happening to Hardstyle at some point, Bart did that earlier than Thijs! It’s funny that for both of us a friend showed us a “better” version of Jumpstyle, and we world sold immediately after hearing it.

Who or what is your biggest inspiration?

We get inspired by many other artists, not only Hardstyle related ones. For example Bruno Mars, Daft Punk, Kife Party, all big inspirations. Within the scene we get inspiration from Wildstylez, Da Tweekaz, D-Block & S-Te-Fan and TNT, to name just a few.

How do you guys manage to produce tracks together since you aren’t living that close to each other?

Without cloud storage, Primeshock wouldn’t exist, haha! We have a huge online space on which we save and share projects we are working on simultaneously. Whenever someone gets stuck, the other continues. We try to finish tracks when we are together in the studio, even though it does not happen that often. On top of that, our styles of producing complement each other very well. One of us is better at getting ideas, while the other has an insane ear for detail. it also helps that we are pretty much in-snych all time, haha.