A New Chapter: I AM HARDSTYLE – Germany 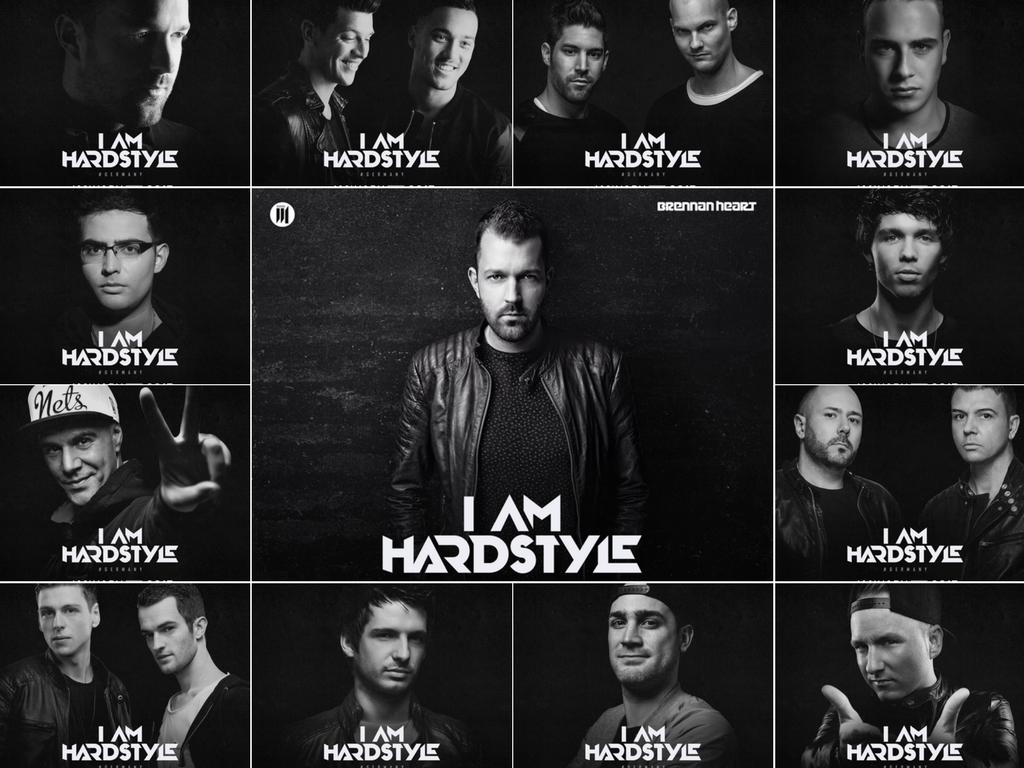 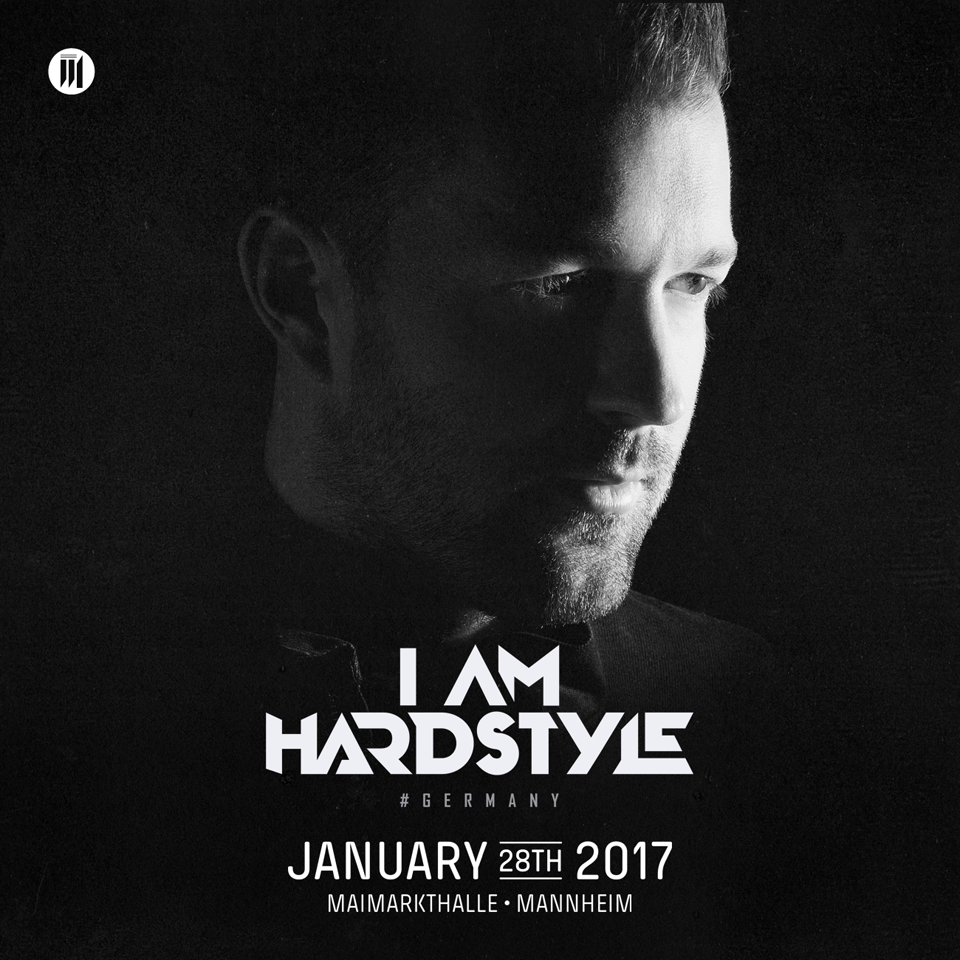 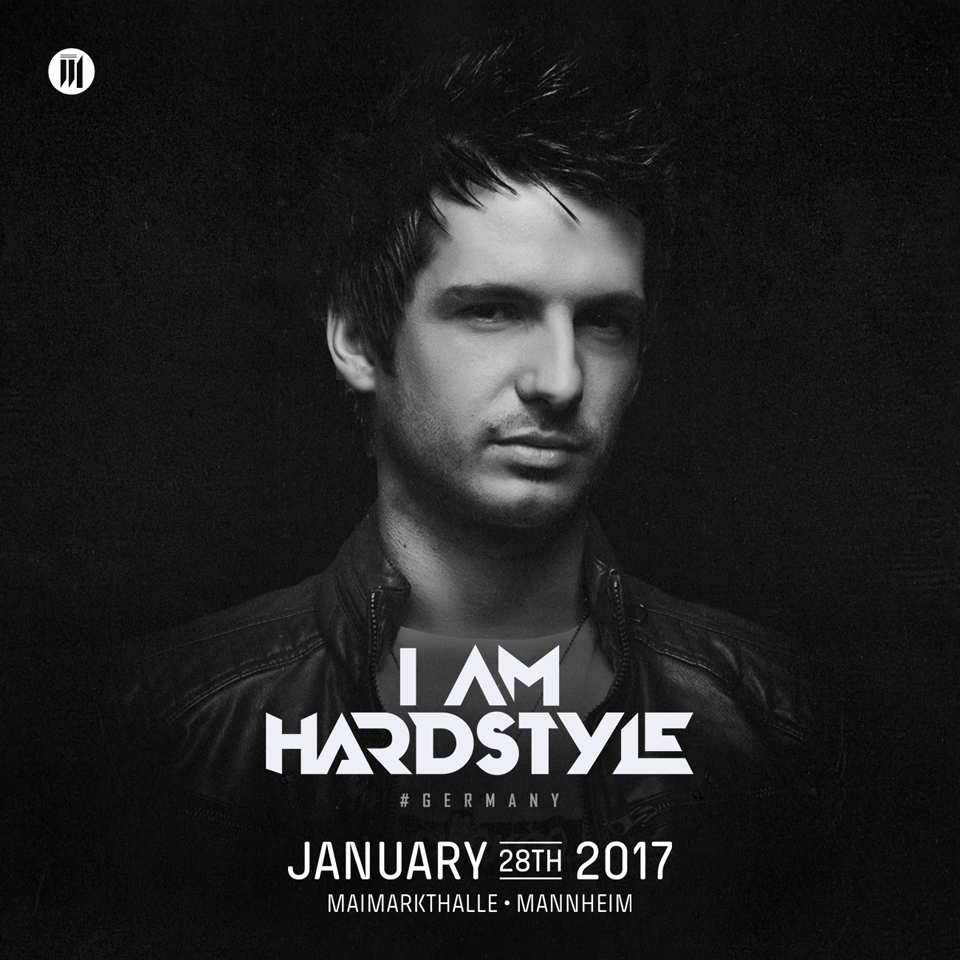 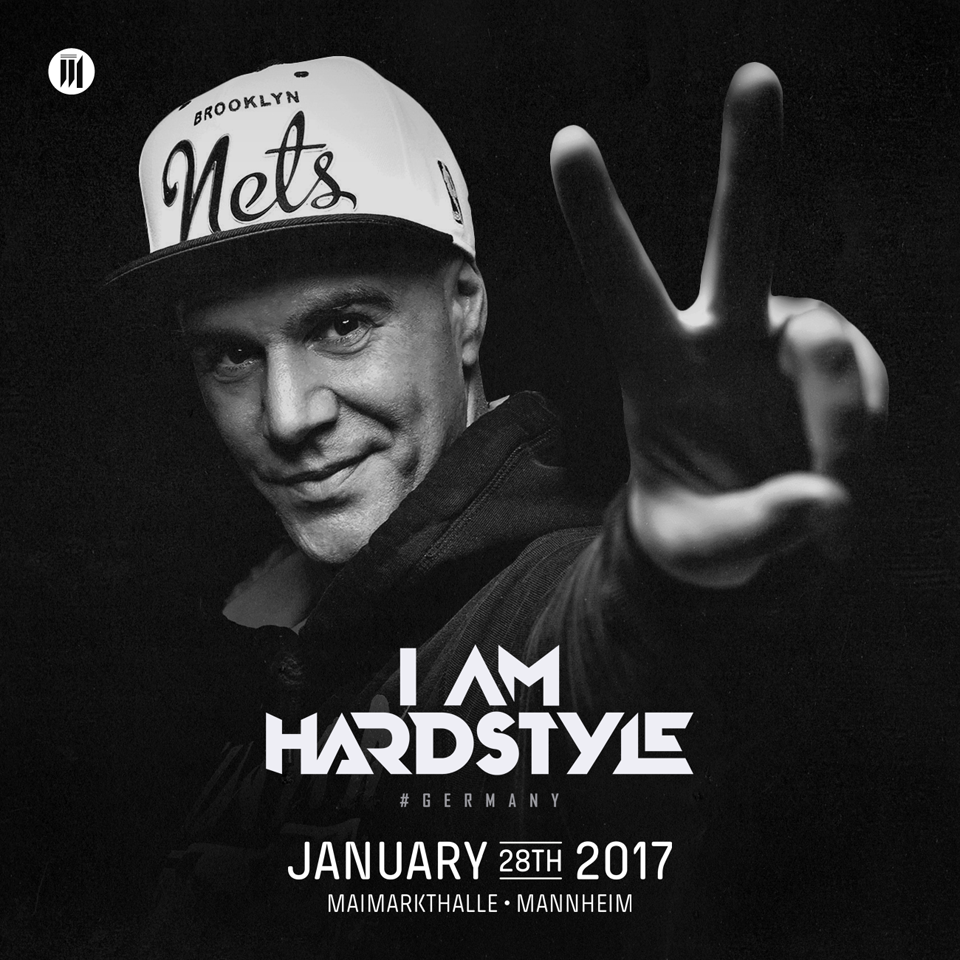 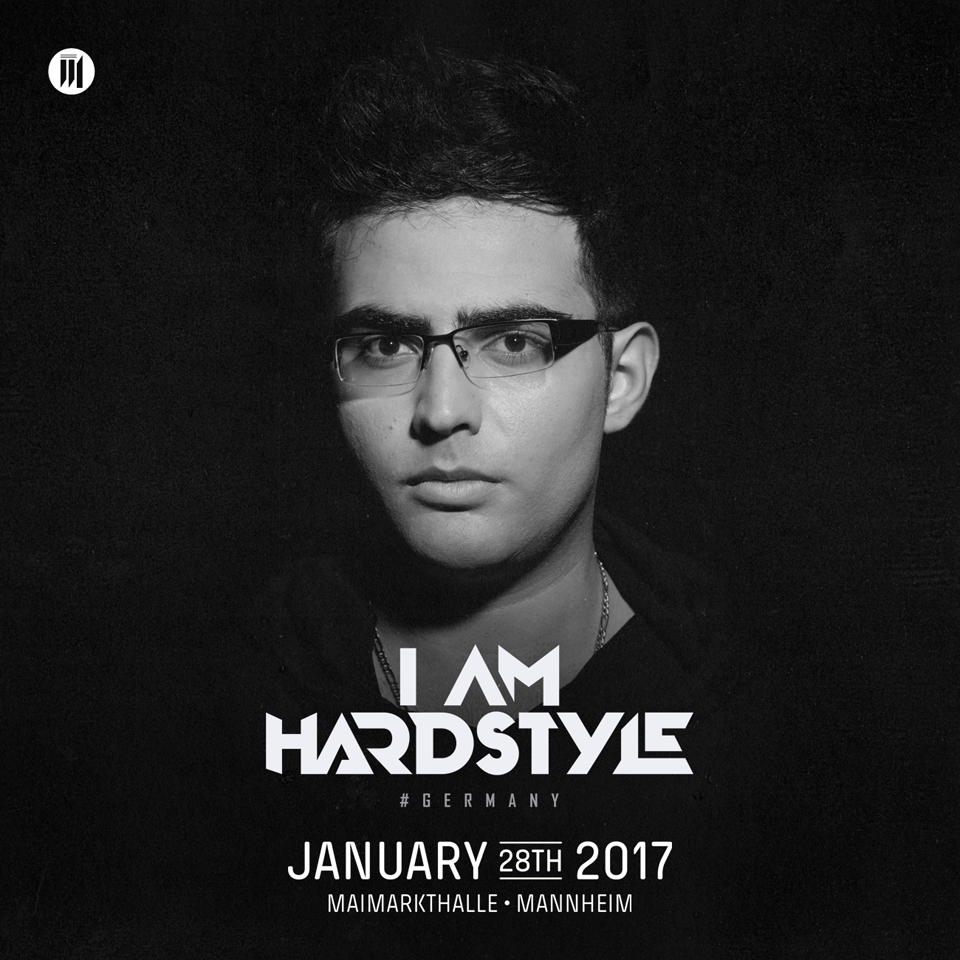 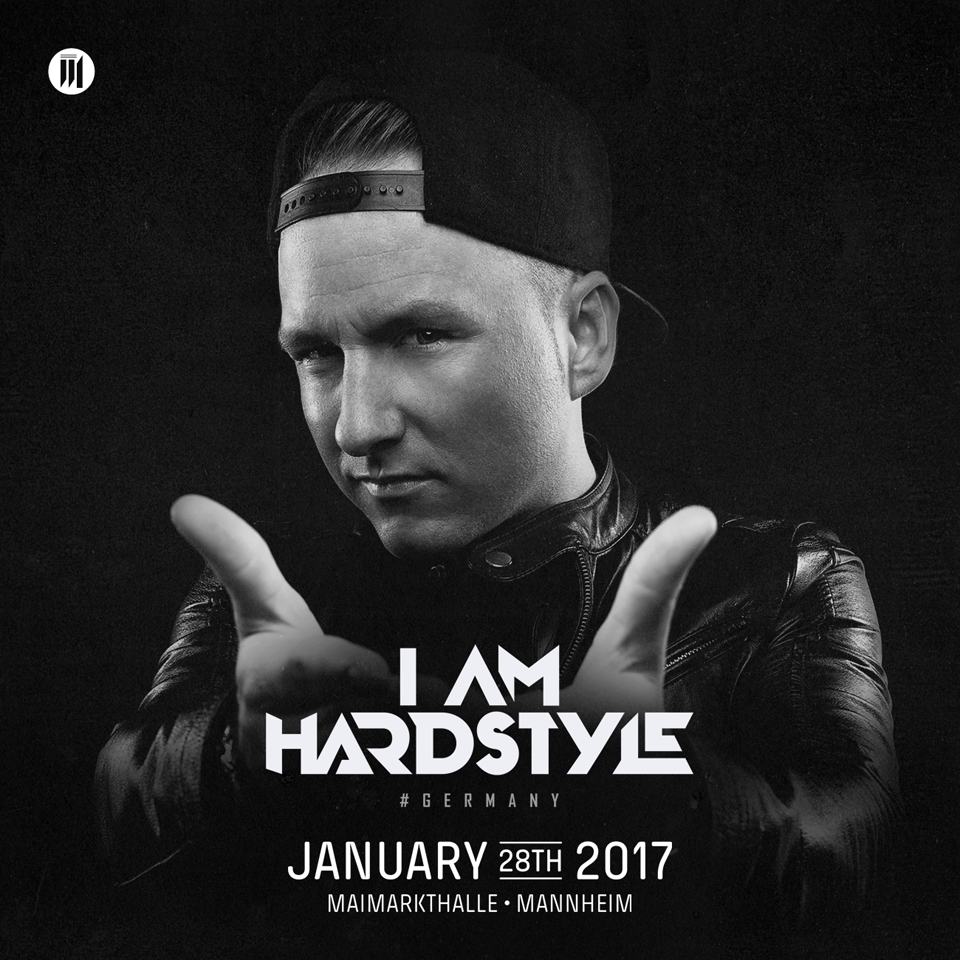 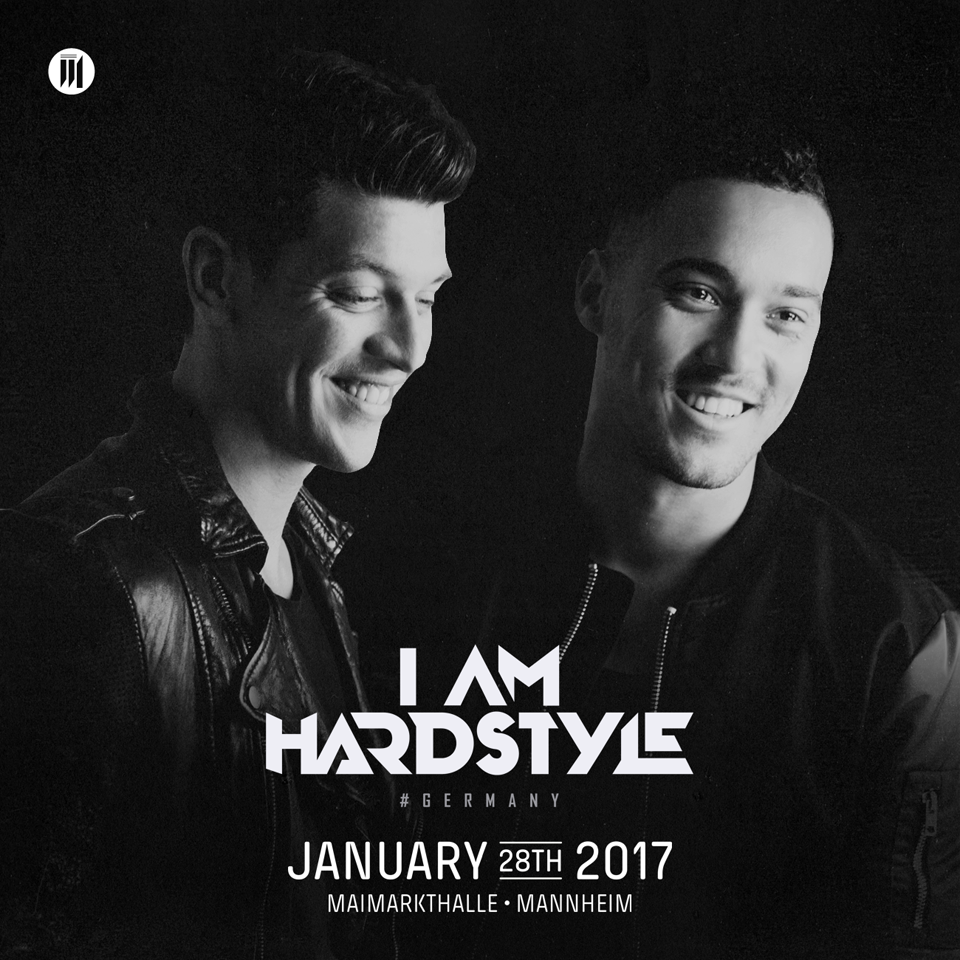 Hardstyle – Music defined by 4 x 4 beats and 150 beats per minute. Either high screaming screeches, distorted sounds, lovely melodies or hard kicks will make your body move and your mind going trippy! The energy, the passion and unity is what makes us unique.

Hardstyle is at its peak in the Netherlands. You can experience your favorite artists nearly every weekend. Huge Events such as Qlimax, Defqon, Hard Bass or Intents Festival are growing with each edition, setting the bar high for world wide event productions within the hard dance scene. Sold Out editions within minutes are representing the huge interest in such events.

However, we are looking positively into the future and upcoming years. Hardstyle is slowly taking over Germany. Not that the scene is small – as direct Neighbours of the Hardstyle-Mecca, the Netherlands, thousands of Germans are traveling to all known events each year. But what if event organizers can bring the quality we are used to to Germany?

I AM HARDSTYLE - Germany Trailer

It’s finally time, that one organizers claims the throne: Delivering the, yet, biggest hardstyle event in Germany. “Hardstyle-only-events” only could have been experienced in clubs. Until now a hardstyle floor was always part of one bigger event, offering different kinds of harder styles like Hardcore or Techno.

Musical Madness, known for their club concepts in whole Germany, are about to bring Germany the event it deserves: I AM HARDSTYLE – Germany! With the first edition in Amsterdam, during the Amsterdam Dance Event 2015, Brennan Heart and Q-Dance set the base for all upcoming I AM HARDSTYLE editions. On the 28th of January, we can finally experience the biggest Hardstyle event in Germany!

All Infos you need:

What do we expect of I AM HARDSTYLE – Germany?

We as Hardstyle Mag can just hope, that the concept and edition will hit Germany like a bomb! If we look back to previous events by Musical Madness we are sure the boys are definitely able to realise such a huge event! When it comes to their events, we never experienced something bad – quality is one the main aspects and is always the goal!

The line up looks very promising. It represents the current scene and of course the WE R label. With Galactixx we have two very talented boys on stage. They will probably mark the beginning, just like Sound Rush did in 2015. With Tuneboy and Technoboy we might hear some classics as well. We have Atmozfears and Audiotricz who are not new in Germany. Several events by Musical Madness offered these two artists as line up.

Brennan Heart itself will surely deliver a high quality set we are all used to. Maybe he’s joined by Jonathan Mendelsohn, just like in 2015? Maybe he’s playing for 1,5h? We don’t know, but we are excited for his set. Besides that, he’ll play as Blademasterz. We really stopped counting of how often we listened to his Qlimax set. Holy damn shit! These 30 minutes are ones to remember! This will surely be one highlight!

Code Black and Toneshifterz are one of the oldest WE R members. Actually, we are very curious about Toneshifterz. We can’t wait to hear new tunes, or generally experience a set of him. Maybe he’s going back in time as well – Toneshifterz classics rock!

With Zatox, Frequencerz and Radical Redemption the line up of I AM HARDSTYLE – Germany is complete! We expect a hard ending. Zatox Italian twist should make the crowd go wild and Frequencerz – A Qlimax similar set would be insane! But especially Radical Redemption should go crazy by the end. Some hardcore beats? Let’s see!

What can we expect of the show? We think the show will be great of course! As we are used to, the sound, lights and other show elements will be high quality and nothing will be random. We expect some huge LED screens, just like in 2015. Fire and confetti? Why not!

No matter what we will experience in the end! This event is not only here to make you dance, to make you forget about your problems, to bring you straight 150 BPM and faster. I AM HARDSTYLE – Germany is meant to be a statement! It’s a sign, some sort of wake up call. Who said the dutch guys do the best hardstyle events? Fuck it, let’s kick some ass with the biggest hardstyle event Germany has seen so far! Let this be the beginning of a new chapter, a new story.

See you all at I AM HARDSTYLE – Germany!