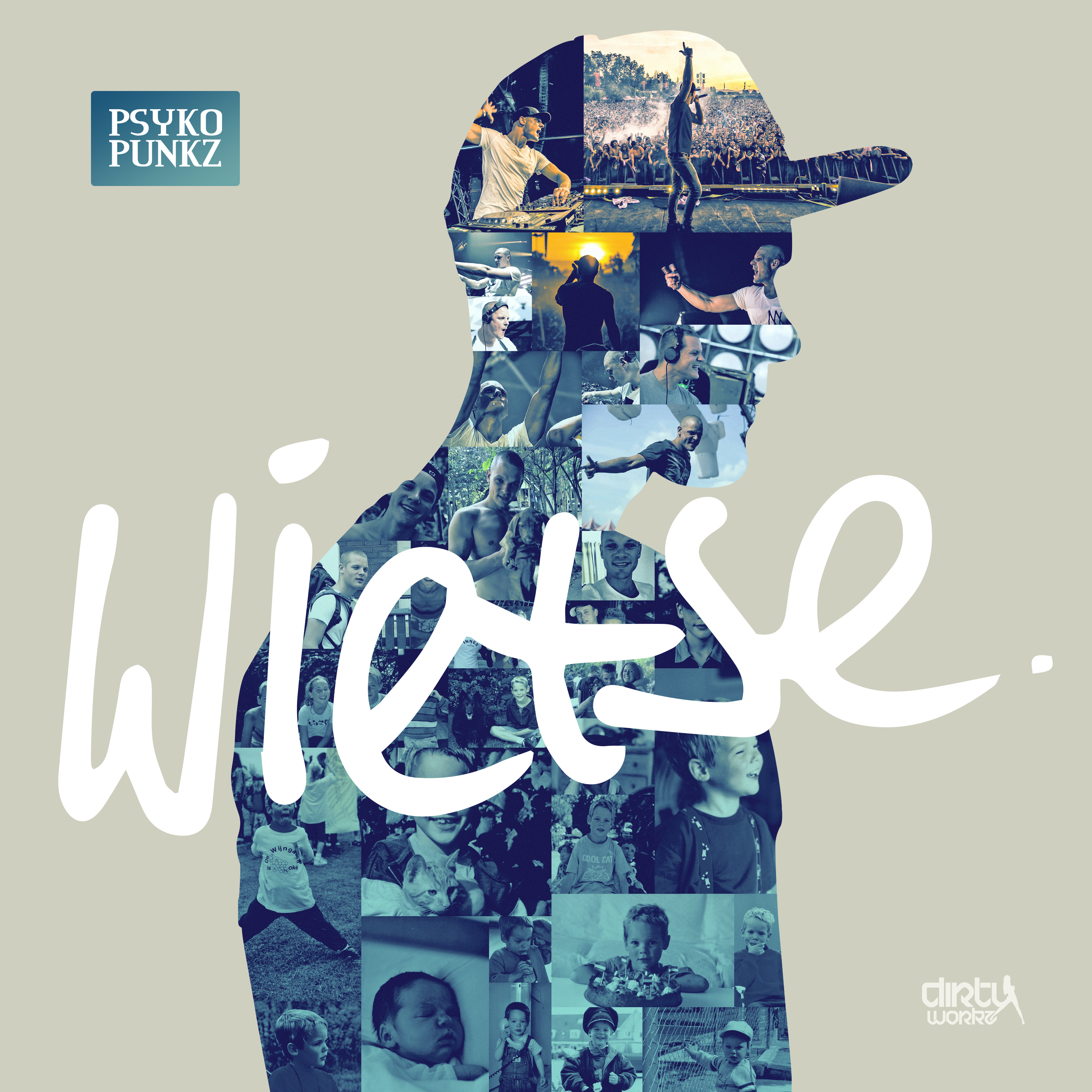 A few weeks ago we had the chance to sit down with Psyko Punkz to talk about his album (check our interview here!). Last Friday his album ‘Wietse’ was released. The previews promised it was going to be good.  After the release of Spaceship in late 2016, one thing could not be denied anymore: Psyko Punkz is back!

The scene was very curious about this album and so was I. An album with 16 Psyko Punkz solo tracks including two hiphop tracks. So let me take you along the tracklist. ‘Wietse’, the album, in review: enjoy the ride!

This is the tracklist:

The opening track of the album is storytelling explanation of the philosophy of ‘Wietse’. Psyko Punkz takes you on a trip from how it all started to what hardstyle means for his everyday life. And all escorted by a sick melody that gets stuck in your head. A promising album opening!

In my opinion, the album’s best track and also appointed by Mr. Psyko himself as one of this favorite tracks. From the get-go to the end it is one happy, euphoric, joyous party with a message. It has an exciting and extended build up that burst into the happiest melody I have ever heard. Although I describe this track as euphoric I would not categorize it as a pure euphoric track as it also has elements that do not fit that category.

We all know this one! It was the kick off of a real Psyko Punkz comeback. I don’t think I need to spend more words on this masterpiece, just one more word: brilliant.

Another track that does not fit the box of euphoric hardstyle but is not close to raw either. All I know is that is really makes me want to dance.

Humorous, happy and hardstyle! The track tells a story about a Psyko prince who snorted cocaine of stripper’s asses and leaves the toilet seat up. Would it be autobiographical ;)?

I remember laughing my ass of when I first heard this track because it has this serious voice of a storyteller that does not seem to match with the messed up story he is telling but that is also the power of this track. It is definitely different from other hardstyle tracks and it hints back to the old Psyko Punkz sound. If you are a true fan of Psyko Punkz classics you will surely enjoy Psyko Prince too!

This could have been a sequel of the previously released Psyko Punkz ‘Born As A Rebel’. Yet another track telling us a story and delivering a message. Powerful and meaningful vocals on a true Psyko Punkz melody.

Psyko Punkz - Without The Scars

“For everyone who is hating on our scene and bitching about our style, fuck you motherfucker!” As Psyko Punkz told us himself, he has a lot of friends in techno scene who hate on hardstyle. If you have that kind of friends just let them listen to ‘My Style’. A track that is pure hardstyle. Hardstyle at its finest.

Another melody that gets stuck in your head with a mysterious twist to it, accompanied by Psyko Punkz’ own vocals. It could fit in any kind of hardstyle set.

This is something different! I think this track is a perfect representation of the current style of Psyko Punkz. The vocals of this track really take you through the track as if it is a story because the vocals describe the music (do you still get it?). I cannot imagine a more perfect match between vocals and music. Just witness it yourself and you will understand what I mean. Coming from the raw scene, I know that this is a track that is also loved and very much appreciated by raw soldiers.

“Just listen up and shut your mouth! No attitude just fuck the fame!” A serious message in a track that is rather happy with some Psyko-ish screeches at the beginning but a warm bath of happiness along the track.

At first hearing not a distinguishable Psyko Punkz sound is present but considering the new direction he has chosen it goes great with the other tracks on the album.

Well it is not a secret anymore! Classic Psyko Punkz sounds with a sort of freestylish feeling. I can imagine freestyle artists playing it during festival season. Yet another piece of musical genius.

Welcome to Psyko Zone! For some reason this reminds me of N-Vitral’s Crispy Bassdrum as there is a sentence (“Psyko Punkz, Psyko, make the beat go Psyko, hey!”) composed of different voices. In my opinion a track that gives you major ADHD and a dance attack.

100% not hardstyle but 100% Wietse! The hiphop mashup as Mr. Psyko is a hiphop track with all Psyko Punkz lyrics of the tracks where he did the vocals himself. As a real Psyko Soldier myself this is insane. In almost six minutes, from classics to recent releases, this is one amazing piece of Psyko goodness.

This is not euphoric. This is not raw. This is hardstyle. Thank you Psyko Punkz for uniting a once so divided scene. For giving us an album that has aspects and tracks for every type of hardstyle lover. In my opinion this is what hardstyle should be, no division, just hardstyle. Just press play and go! I love how each track tells a story. I do not see ‘Wietse’ as only an album, it could have been a bestselling book.

I could not agree more with Psyko Punkz returning to the Red on Saturday at Defqon.1 Festival and I can’t wait for that set. Make sure you will not miss out on this, it is going to be amazing! This man has proven that hardstyle is not dead and that we still are all family. Thank you for bringing back hardstyle Wietse, Mr. Psyko, Psyko Punkz, Wietz or whatever new nickname you will make up.