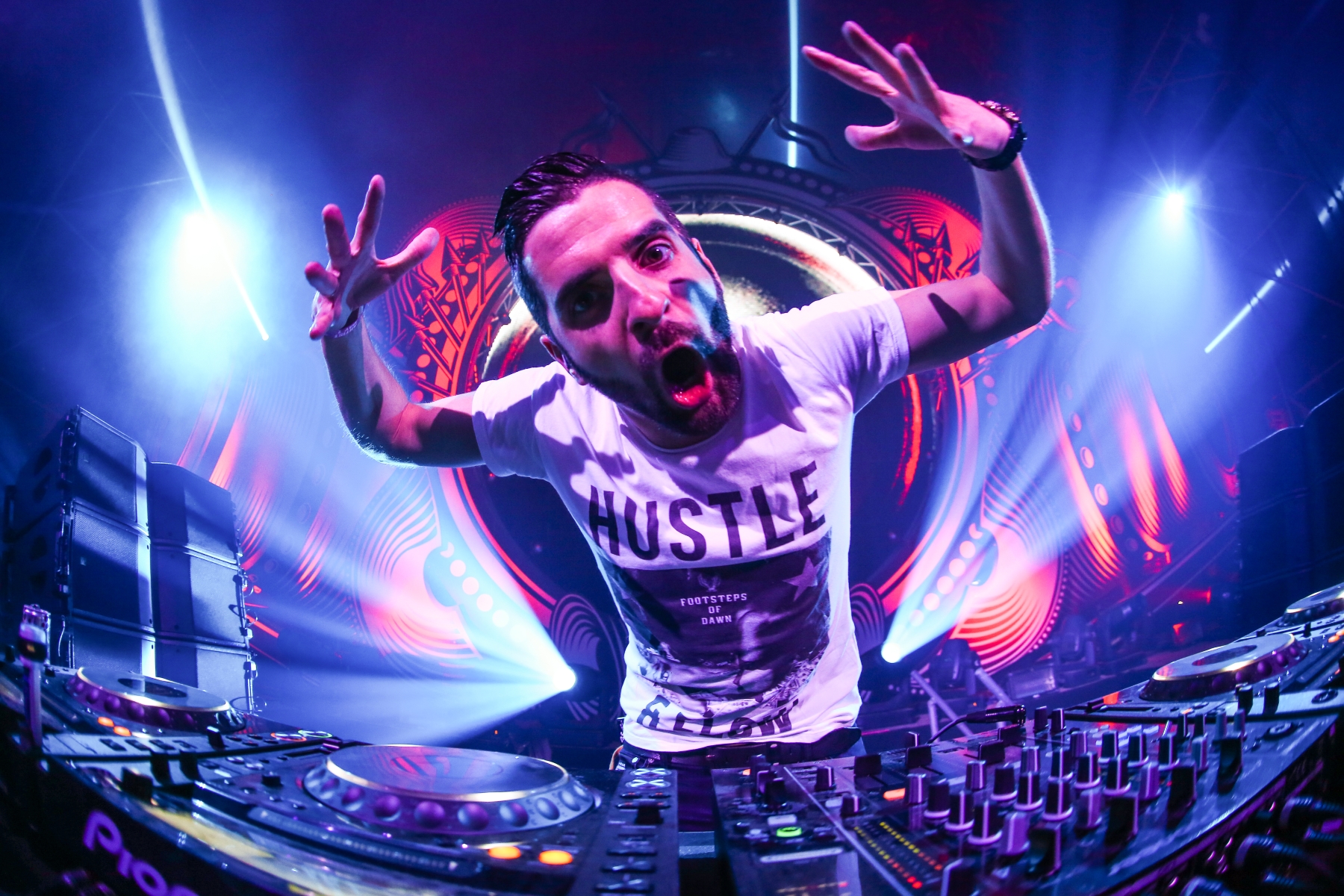 Since a few years, Rebirth Festival is a constant! The place, to kick of the festival season with style. Let’s see what changed since last year and if Rebirth is something for you.

Six areas, two more than last year, ranging from euphoric, rawstyle, tekstyle to old school: Rebirth, Rebellion, Reactivate, Relish, House Eclectic (Day 2) and Gezelligheid (Day 2). Even if Rebirth Festival offers more then only hardstyle, I will focus on the hardstyle stages only.

I like to talk about Rebirth Festival as a whole experience. It’s a small festival using just little resources. But it’s exactly that fact, which makes Rebirth so unique. You get so much from so little. The festival area was bigger than last year and the four stages made it very easy to switch between different styles. Okay, the rain on the first day made the ground a bit soggy, but nobody really cared about a bit dirt. Two stages on one end and two on the other. In the middle, you found a big tent with plenty of tables to sit at. Close by: a lot of lockers, which made it easier to access them after the event, food and merchandise booths.

Rebirth Festival felt like a family event. Especially day two, with more sunshine and less people was very cozy. This is underlined by the smaller areas, which had a perfect soundsystem. But don’t get me wrong. Rebirth still offered a massive line-up. The music and show was fast paced and time went by in a flight. Telling a story was never a strength of this event. Compulsory intros between the acts did not convince me. Just a few important sounding words by a deep voice were used to introduce the artists.

A second big minus point for Rebirth Festival is the fact that you can’t refill your water bottles. I can understand that it’s important to maximize the income but Rebirth drives it to the max. 5€ for a 0,5 waterbottle. So, you had to pay at least 25-35 € a day just to keep hydrated. This high prices are nothing special, but at least let us refill Rebirth!

The first day was a combination of euphoric and some pure rawstyle artists. Frontliner, Noisecontrollers, Bass Modulators and especially Max Enforcer (anthem creator) were the euphoric force on the first day. Radical Redemption (live), Digital Punkt and Adaro on the other hand dropped the raw tunes later that night. Overall it was a balanced combination of both styles and the transition between them was flawless.

As expected, most of the people enjoyed the raw part a bit more. Highlights like Radical Redemption and Digital Punk showed us why. They not only made it raw, but played the right bangers at the right time. And if you think that Adaro can’t be harder than Radical Redemption, you are wrong!

On the second day, it started as before. Audiofreq and Jack of Sound early on and Frequencerz, Ran-D, B-Front in the end. Best set of the day and maybe of both days: Warface! The crowd went crazy, while he played one brutal rawstyle track after the other. Just a few seconds to catch your breath between each track. It felt like Warface closed the Rebirth Area with an big bang.

MC Villain on day one and Nolz on day two. If you ever saw them on stage, you know that both of them give 110% and we felt the dedication!

Most of you would refer to this as the “rawstyle area”. With Chain Reaction, Outbreak, High Voltage, Delete and Phuture Noize you are definitely right. If I had to choose one highlight, what is impossible at this high quality level, I would still pick the underdogs X-Pander and Artifact. Both played early one, but were outstanding for opening acts. Maybe, I would also pick Delete and Jason Payne. Both showed me what the Rebellion stage was all about. Underlined by the voice of MC Da Syndrome all rebels enjoyed a f*cking hard ending.

The biggest problem for this area and all the great artists was, that I felt no real reason to leave the Rebirth stage. The main line-up there was so balanced that I had anything a rawstyle fan needs. I missed the feeling of uniqueness for the Rebellion area, that I had last year and it felt a bit redundant. Nevertheless the area added variety to the overall line-up of Rebirth 2015.

I was so glad, to see this stage. Good old school hardstyle by Tunebody, Josh & Wesz, Scope DJ and Dozer. The small area was packed and the sound I fell in love with, was reactivated as the name promised.
It was still a bit rougher than expected but this new area added value to Rebirth Festival. One person I would like to call out is not a DJ but MC DL. He was impulsive and very close to the audience. Just seeing him going crazy like a maniac. It’s infectious!

Hope to see this new stage again. People with a taste for rougher, old school tunes will love it.

Mark with a K, Dr. Rude and Ruthless is a explosive and jumpy combination. Relish was all about tek- and jumpstyle. It was also the stage for more experimental harder music and they played pretty much everything between hardstyle and hardcore. The area was also very small, so in the late evening hours, it was sometimes jam-full, showing the need for this stage and maybe a bigger one next year.

“Rise of the legions” was the theme of this year’s Rebirth Festival. The main stage was designed like the flyer with some old legion helmets, canons, axes and trumpets. It felt a bit ancient. At day the artwork at the mainstage looked great but was hard to see at night. Lights, lasers and other effects were so bright that you couldn’t really see the design anymore. The LED screen in the middle was the biggest eye catcher and focus of the design. Some pretty dancers at a few sets were also nice to watch. For me, the ancient design was awesome, but lost his power because of the overwhelming light and laser show.

You could enjoy the show from the VIP lounge, which was head-on to the stage. A better placement than last year, where the VIP lounge was at the side. Bedised the Rebirth area the Relish area had a nice design too. It was a little chamber, full of graffiti and painted car wheels. This underlined the old school feeling at this stage.

All in all, Rebirth 2015 was a great festival. It’s not perfect but we hope to see some improvements for next year’s edition. Rebirth is something for you, if you like to enjoy different harder styles with plenty of sun in a cozy atmosphere. We will be there 2016 and recommend it because of the low ticket price and huge line-up.