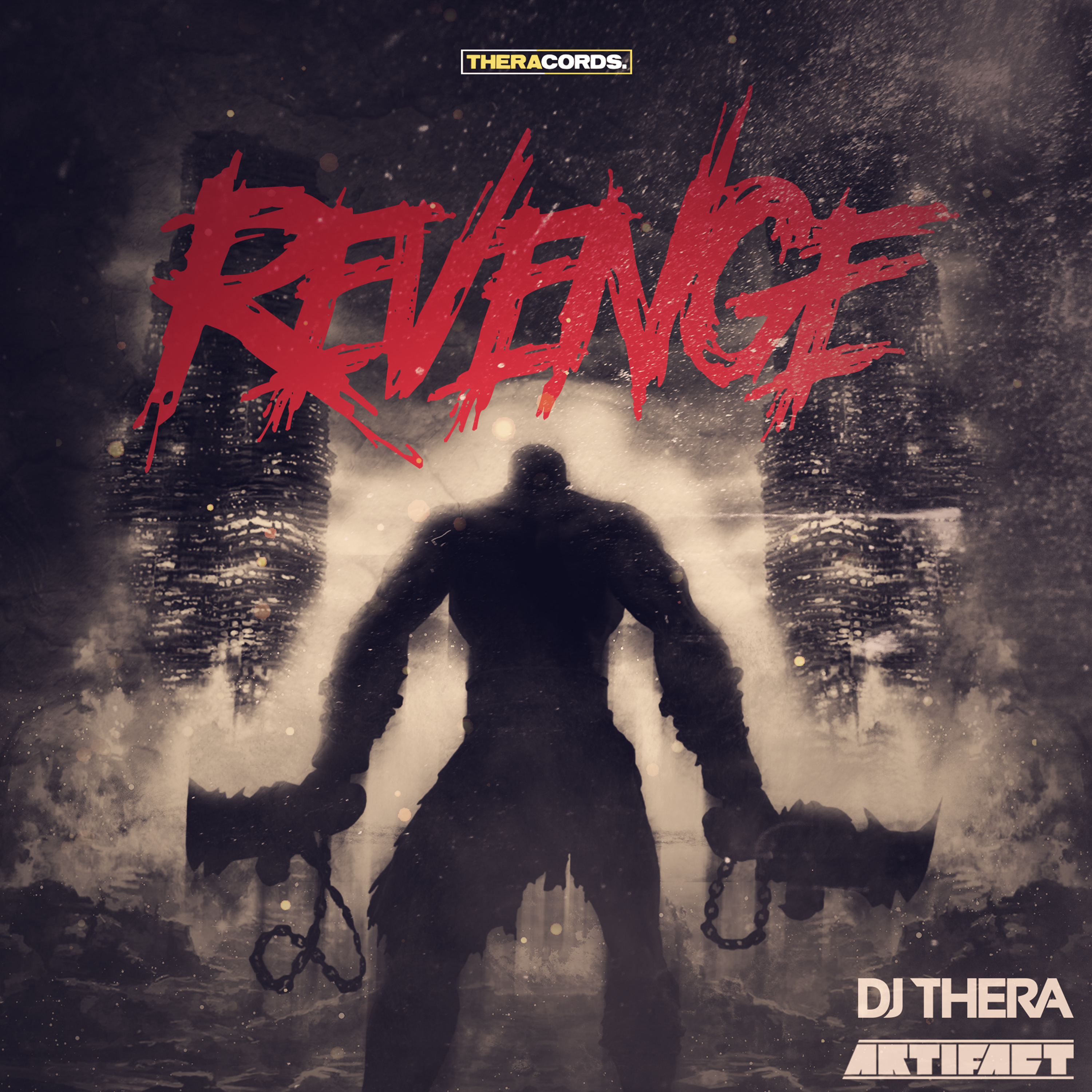 Hardstyle as its finest!

If we talk about quality hardstyle and its definition, we need to take a look at DJ Thera. He’s in the scene for years, bringing us just the best music with his own label Theracords. Together with Artifact he just released the preview of his new collab ‘Revenge’!

You know what really grinds my gears these days? When it comes to quality, I somehow have the feeling that we experience a huge lack of it at the moment, well, at least in the recent months. But thanks to Thera and Artifact – bringing us this massive release.

First of all, the artwork looks pretty sick, representing the topic and atmosphere of track, even before you lose yourself in this release. Starting with the powerful and serious vocals, the intro part starts with its powerful kick and some rougher, dark screeches. Somehow nothing special or extraordinary, but in fact it’s just 64 beats long it passes by so fast, keeping the drive and rhythm going.

But now the track unfolds his whole potential, by creating a really good atmosphere. The angry sounding vocals, by a man talking about his revenge, with the slowly upcoming melody and the chords, this will give you real Goosebumps all over. Furthermore the main part is not too long, but long enough to keep you listening.

The bright and awesome lead with the slightly rougher kick will make you go crazy in the climax part, I promise! At the same time is does not sound to packed or overdriven. The second climax is all about a cool side chain effect, but both parts also pass by so fast, that I always need to go back to its beginning!

This is what DJ Thera is all about, creating hardstyle that comes from within. Ohh wasn’t that Headhunterz? Ahh, f*ck him! Music produced from the heart, that’s what he and his Theracords crew are about. And you can really feel that. They did think about what they are producing and especially how. Thera and Artifact created a story, an atmosphere and something, which has a raison d’être!