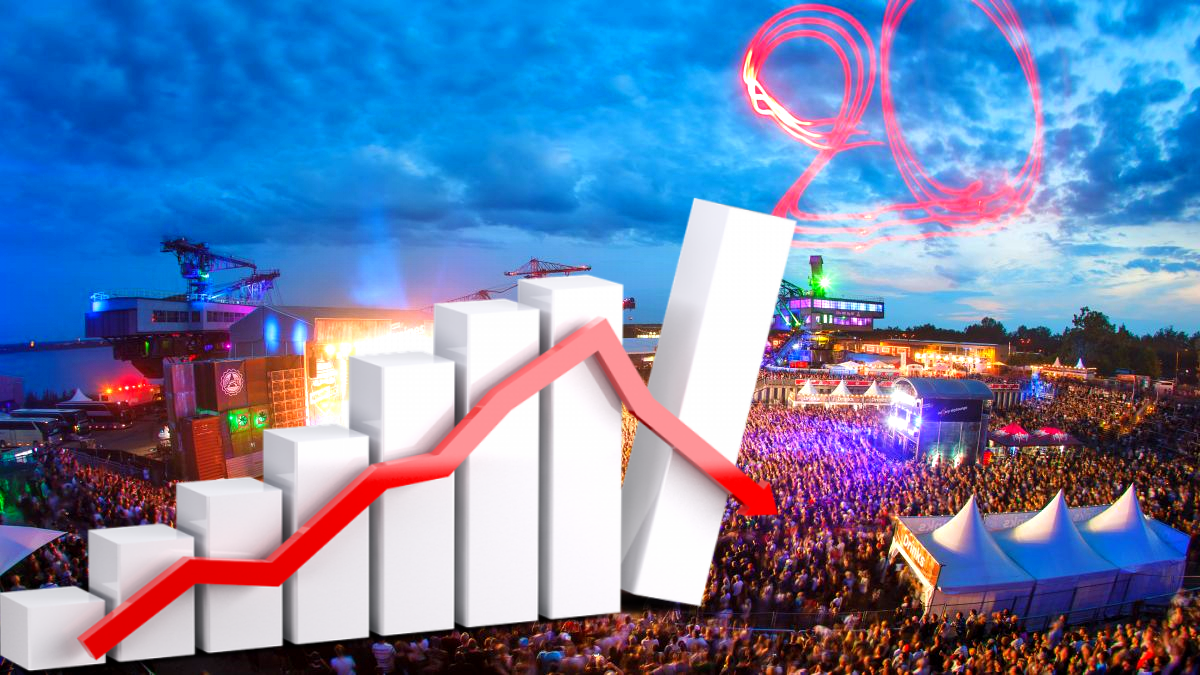 Our dreams about this year’s festivals had been shattered on the 15th of April. That day Belgium and Germany governments announced that they prohibit festivals till the end of summer, August 31 including. On April 21, the Dutch government followed them. Beside a disappointing music scene, its the economy which seems to suffer even more.

While the governments were focussing to fight the COVID 19 virus, with a complete down of life, the negative effects on the world’s economy were already looming ahead. The economical consequences only deriving from the festival economy were now quantified for the recently cancelled Tomorrowland festival in Belgium. Despite its only one festival, the numbers already emphasize the tremendous effect we will experience in the upcoming months.

Tomorrowland’s contribution to the economy quantified

Because as big as the loss will be for the organizers, much more it is going to affect the whole structure that is working around the festivals. Many companies live from the flow of festival visitors to the cities every year. The Tomorrowland newspaper Tomorrowland Today explained the strong financial impact of its own festival on the economy:

Economical effects yet no measurable

This example demonstrates that festivals of such scale are not only a place of entertaining and creating unique moments for many people. No they also have a considerable economic weight in the countries and communities. Whether it’s Defqon.1 in Biddinghuizen or Mysteryland in Floriade (Haarlemmermeer) in the Netherlands, or Parookaville in Weeze or Airbeat One Festival in Neustadt-Glewe in Germany. Each of the festivals reinforces economy and creates many jobs in the respective regions and countries, which are about to face difficulties due to the cancellations.

We just hope that this pandemic and these measures will not destroy this culture. It will be not a death blow for festivals’ infrastructure due to these harsh times!

Because one thing is for certain! We wait for the end of the pandemic when we can look at all these moments with new eyes and surely enjoy them in a completely different way!

Things will get better and together we will do it!