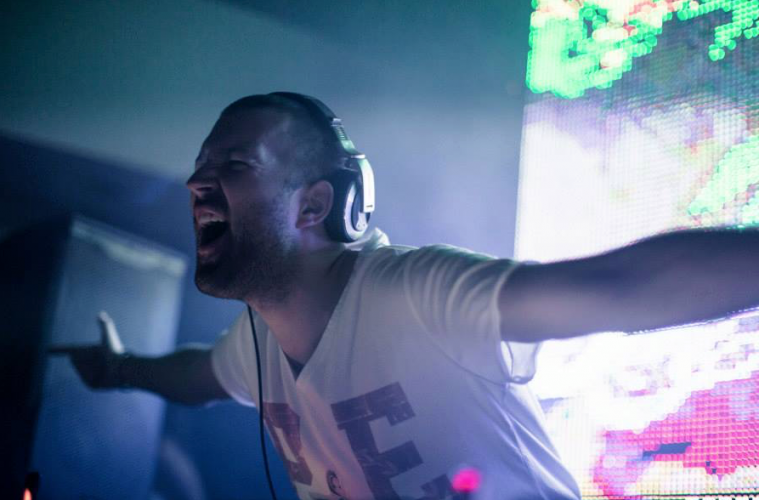 On 5th of April it was time and many German hardstyle fans were looking forward to it. Besides Q-Base, Airbeat One, Syndicate and a few events by Musical Madness, the Insane – Strictly Hard team organizes northern Germany’s biggest hardstyle event. This year they celebrate its two year’s anniversary.

The Line-Up was sick, with over 30 DJs and 5 floors. Brennan Heart, Atmozfears and Omegatypez brought us their euphoric tunes, Radical Redemption and B-Front showed the German crowd what raw is about. For those, who want it harder there was Angerfist, Art of Fighters, Noize Supressor, Drokz and Andy The Core. Furthermore, you could listen to hardcore, terror, frenchcore, techno and hands-up.

It was midnight, when the first main act claimed the small stage. It was time for Omegatypez with his powerful tracks like “New Moon” or “Calling”. The Atrium, which is the location since the first Insane, was packed to the max. Omegatypez played a nice set, with a few new songs and well known euphoric hits. The sound system was pretty nice, the bass was boosting through the speakers and the lasers and light show underlined the performances.

Next up, Atmozfears. Diverse, euphoric, but also pretty hard in the end, that’s typical for him. The crowd went wild and the atmosphere was amazing. The Insane was bigger, louder and more packed like never before.
After Atmozfears it was time for Brennan Heart, who started with some good old classics – goosebumps all over during tracks like “One Blade”. In his second half of the set he started with raw style, which was actually pretty stunning to listen to and I did not expect that. I remember the moment when he played #Bassface – it’s always an epic moment. He perfectly led over to B-Front!

From now on, the Atrium went crazy – the high screeches and brutal basslines were pumping through the speakers and the people loved it. With his new tracks “Witch” and “Blackness“ he made his set worth listening.
But many people were looking forward to the next Act. Radical Redemption! Starting with his new track “Die Bitch” he delivered an f*cking raw set and the crowd had no chance to stop dancing. “Suicide Bassline”, “The Spell of Sin” are just two honorable mentions in his set. In the end he played “Minus Militia – Masters” and made a great transition to hardcore and the last act in the main hall – Angerfist.

It was an insane set and the people stayed until the end. It was an awesome vibe and I could literally feel the energy of all the people and the DJ. Everyone enjoyed the night as its best – and even Radical Redemption joined the crowd to have some fun 😉

All in all the Atrium is a great location, offering many floors and also an outdoor area, where you could have a pause, drink or get some food. Generally it was the biggest Insane since the first edition and also the most packed Insane, which is sadly the biggest problem. There were too many people and I felt kind of uncomfortable, although the atmosphere was amazing. I personally think it’s time for a new location, there is definitely a demand. The organizer could take this event to the next level and I guess, even with a bigger location, there are enough people to fill it. Germany definitely need more and bigger hardstyle events! This is the chance and the Insane team should grab it.

So what is left to say? We had a lot of fun and we are very happy that hardstyle is slowly taking over in more and more clubs in Germany. The Insane was always a highlight through the years and we’re looking forward to the next edition.

Check out their Facebook page and discover the stunning Line Up for the next Insane!

Review by our reader Tobias Vorwerk, thanks a lot!