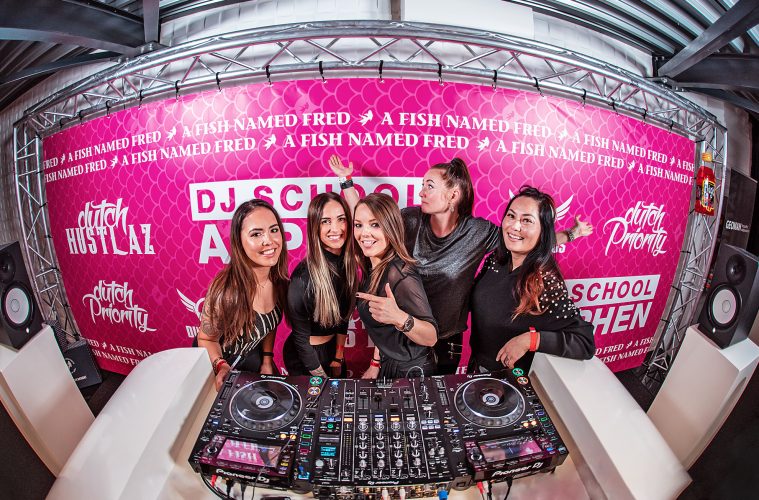 After having broken three world records in the past few weeks, yet another DJ marathon broke the world record. This time 137 female DJs broke another world record. The Dutch DJs kicked off their record attempt on Thursday, May 28th – for 7 days long, 24 hours a day, they were mixing music non-stop at DJ School Alphen in Alphen aan den Rijn. While uniting DJ’s during the Corona crisis, this initiative also emphasized the fact that there are countless of ‘DJanes’ who know the DJ business.

Recently, Amrish Raghosing and Anthony Donner collaborate to organize the longest DJ marathon in the world, with 201 Dutch DJs playing records 10 days, non-stop. Following, they set up a DJ marathon for the harder styles (hard dance), resulting in a total of three broken world records; longest DJ Marathon of 240 hours, with a max of 201 DJs and the longest DJ marathon in the harder styles, Jelmer Smit joined the DJ marathon harder styles. This definitely tastes like more, which called them to set the challenge, for the female DJs. By doing so, they’d like to highlight the fact that the music industry is not just driven by men. With more than 130 female DJs on the line-up, it’s clear that the DJ profession isn’t male-only.

Shortage of female DJ? No

A lot of times the media expresses that there is a shortage of female DJs. With this initiative, the organizers want to show that the DJ scene is not only dominated by males. With more than 135 female DJ’s lined up. We wanted to show that the DJ industry is certainly also driven by women.

Dance music has and always will unite people, especially now. In this challenging time of the Corona crisis in which DJs find themselves unable to perform, it’s time to make an impact in a different way. All across the globe, festivals and events have been canceled. The initiators of the marathon want to start making positive noises by gathering a large group of female DJs and let them play music for 7 days long, without silence and by doing so, breaking the world record for the longest female DJ marathon. Raghosing and Donner wanted to show that DJ’s can stand together and make a difference, by playing sets from all music genres. In total, more than 500 DJs played during the three DJ marathons.

The initiators of this project are Amrish Rahosing, owner of DJ School Alphen and a DJ himself, under the name of Dutch Hustlaz, and Anthony Donner, former editor-in-chief of DJ Mag NL – an expert in the international dance industry. Donner published the most extensive DJ- and dance book in the world: Dutch DJs, for which he interviewed and portrayed 300 Dutch DJ’s and industry professionals.

On Thursday, May 28th, at 20.00 (CET), the female DJ marathon kicked off with the DJs: Mellisa K and Amada, it finished on Thursday, June 4th, at 20.00 (CET) with the DJs Katarina Dariy and Sneekes. Each hour or every two hours, a different DJ played. Talents originating from The Netherlands, Belgium, France, Italy, England, India, Dutch Antilles, Germany, Australia, Suriname, Morocco, South-Korea,  Japan and more. Both top DJs and young talents were given a stage to show their skills. The youngest DJane who participated is DJ Isis at the age of eleven.

The event was streamed live via djmarathon and the Facebook of DJ School Alphen. Guidelines of the RIVM and the current emergency ordinance were followed and observed strictly during the event.

We from HardstyleMag congratulate to this success and we are really hyped for their next project. What will it be? Yet we have no clue, but we keep you posted – for sure. Consequently follow your socials.

Read everything about the worlds longest Hardstyle stream