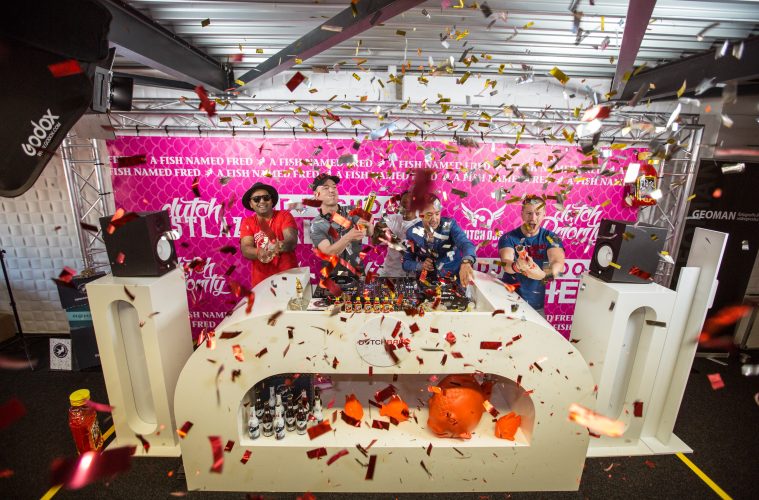 A continuous live stream session with 203 DJ’s comprising the biggest names of the scene but also the stars of tomorrow. A complete week with 24 hours non-stop hardstyle brought the world record. This statement shall emphasize the extent of how strong the Hardstylescene really is, and that music can overcome everything. But the efforts where huge and definitely worth to be pointed out:

Besides the impressive duration of the scheduled stream, the list of participants seemed to be even more impressive. Whilst Ruthless had the honor for the kick off, the big wave followed. Bass Modulators, Sub Sonik, Symphonicz (live act with piano & DJ together by Hardstyle Pianist and DJ Helix), Pavo, Luna, The Pitcher, Deepack, Geck-o, Freestyle Maniacs, DR. Rude, Darkraver, Outsiders, Ruffian, from Scantraxx o.a. Scabtik, Envine, Revalators, Embraise, D-Attack and Malua.

Malua had a live (Beat the Beats) fitness workout the first half-hour of her set with a personal trainer who did all the exercises in front of the camera while giving the instructions in English like a group training, Jason Payne, Retaliation, Chain Reaction & Crypsis (from Minus is More), Crypton, Digital Punk, Malice, Sins of Insanity, Sprinky, Sixdayz (new RAW act with a mask from an existing artist), and Revive.

So in total 203 DJs performed during this marathon.

The idea of the harder styles marathon found many supporters – thus there we unbelievable 10 stage hostings during the 7 days. In order of appearance

Of course, a session of over 168 hours or 10.800 minutes would also mean a lot of tracks. In the end we count more than 6000 played tracks, edits and mashups. Would be an insane playlist – wouldn’t it?

On May 21st. 2020 after 168 hours and 203 artists the goal was finally achieved!! Although the stream had already been the longest after 3 days, the organizers pursued their goal of 7 days – to set the bar quite high for a new attempt. Re-Style started to play ‘Forever Young’ and the crew started to pop the confetti guns – and Anthony gave a short speech. Then Re-Style continued his set until 20:15. Congratulations

Check out the Playlists

Credits: Pictures and video material used throughout the article by Barry Jonas

Read the interview with the organizers