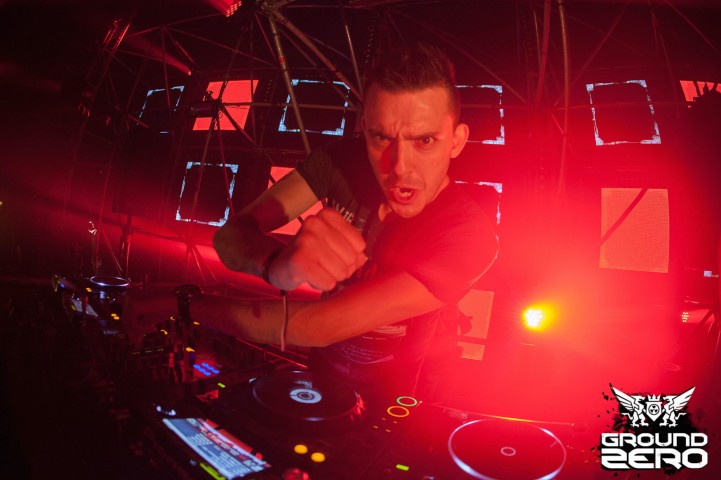 Interview with Outbreak at Ground Zero


Questions are Bold! < What we sad!
Answers are not! < What he sad!
What do you think about Ground Zero Festival? What makes it special and how was your performance?

Ground Zero is epic! I’ve been coming here since 2006, which was my first time. This year it was my first time playing and it’s amazing that I could finally experience the festival as an artist. The crowd was just insane right from the beginning, I mean everybody just ran in during my set went crazy. That was really cool!

What do you think about the #Bassface hype? I mean it’s just amazing what a phenomenon you created with it – the video, the masks, the whole thing! But you told us that you came up with the vocals in a special way, like recording them with your iPhone!
Haha! Yeah that’s right! I was on the couch and was like “Stop what you’re doing and show me your #Bassface!” So I recorded it with my iPhone and used these vocals in the final production.

It’s amazing to see the reaction on #Bassface! I mean I just hit 50.000 views on YouTube! I can’t thank everyone enough for their support. It is a dream come true to see that so many people enjoying my music – that’s what I want to do!

Check out some crazy #Bassfaces in his new Video! We love that banging sound!

Can you describe your feelings when you saw the crowd is going wild when you play #Bassface.
It’s really hard to describe what I’m actually feeling. When I see people throwing their arms up in the air and clapping and screaming out the lyrics of #Bassface or any of my other tracks or any other hardstyle track I get massive shivers through my whole body and – how do you say it in German? “Gänsehaut”! Ich kriege Gänsehaut hehe!

What do you think about the changing hardstyle genre? Euphoric goes mainstream, RAW hardstyle is growing and growing.
I think everyone, every producer is just trying to find the right balance between the music. Even the artist themselves really don’t know where they want to go at the moment. For me, I play a mix between raw and euphoric stuff because I have big melodic background. I love the energy of the rougher sounds, so for me I’m sort of in the middle but it’s good to see a balance but also a difference between the two of them. It’s exciting to see where it’s going to go.

What are your current plans for the future?
I have three new solo tracks pretty much done! The collaboration with Digital Punk “Prison of Commercializm”, and a planned collaboration with Radical Redemption when we have some time!

Say something to your German fans!
Ich Liebe Dich!! Deutschland ich liebe dich! You guys fucking rock, can’t wait to see you one of my parties and thank you for everything! SPREAD THE INFECTION!

Thank You Outbreak for your time and the nice gifts! See you soon!