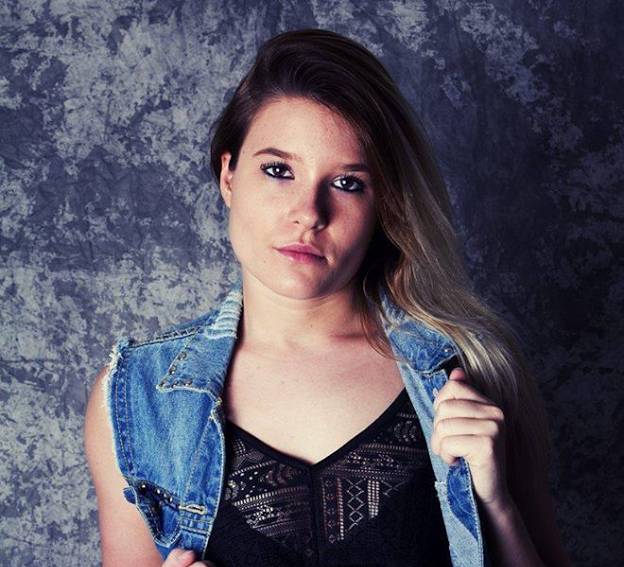 Speaking about the future of Hardstyle, we would like to present you Faye van de Kerkhof, alias Faye! We had a nice chat at Rawstylenation 2.0 and thought it was time for a nice Q&A! We did catch up a few months later to have a chat about her vision, the future, her gigs, inspiration and, maybe the most important, her concept TRUE SURVIVORS!

Hi Faye, Thanks for having us! We did leave 2016 behind. Can you give us a little recap of this year?
This was a year filled with many highlights. I did release two collabs on Gearbox Digital and had some really awesome gigs! Think about events like Fatality NYE!

Let’s take a trip back, how did you came in touch with music, did you learn to play any instrument or something?
A long time ago I used to play the guitar, back then I did listen to Rock music, HAHA. After that I switched to Hardcore, Angerfist and Korsakoff but mostly The Viper I did like a lot! A few years later the era of Jumpstyle did arise from the ashes. From there I did find a way to Hardstyle music. A lot of friends used to listen to that genre, but it was still new to me.

What was the first Hardstyle-event you did visit?
Alcatrazz 2011! Wow, what a crazy line-up it was!

When did you decide that you did want to produce tracks by yourself?
Actually I did start 3 years ago, well you couldn’t call it producing back then, I was just learning the basics, making screeches, kicks and melodies.

Can you tell us something about the learning process, how did you learn to master the programs that you use in the studio for instance?
In the beginning I did learn it all by myself. Later on, a lot of friends helped me with learning the basics of production and more. This year I made two crazy collabs with Adventum, he teached me a lot! In 2017 I hope to focus even more on my own productions, and release some solo’s.

Speaking about other producers, who did inspire you?
The guys who really inspired me by sound are ; Crypsis, B-front, Phuture Noize and MYST!

How would you describe your own style and sound?
I am just starting creating my own style. I am working on big screeches, atmosphere and beautifull melodies on top of it.

What does inspire you to create a new track?
Well, listening to other styles of music can help a lot. But also movies, and other stuff on television are interesting!

Can you tell us something about this translation from an inspiration to parts of a track? How does it work?
Most of the time I cut them or I let one of my friends speak the sentences I like, and I record it. The same goes for the melody.

If you have to choose between DJ’ing or Producing, what will it be?
I can’t decide, I pick both.

Talking about the producing process, how does it look like? Where do you start for example?
I just go everywhere, sometimes I start with the vocals, sometimes with the melody. If I get stuck I try the other way around, haha.

Speaking about other talents and producers, who do you want to collab with someday?
I would really love to make a collab with Phuture Noize, B-Front or Crypsis.

You did release some tracks on the Gearbox label already, how did you come in touch with these guys?
I know Morad for a long time, I met him in Club Rodenburg. A few months later we had a long chat, and we did decide to make 2 collabs!

Can we expect some new tracks soon?
There will be one more collab in 2017 with an upcoming Italian producer. As mentioned earlier I am gonne work on some solo projects, so you will definitely hear some of them in 2017!

Do you listen to other music besides Hardstyle?
I actually listen to everything.

You are organizing a charity event called ‘True Survivorz’ can you tell us a bit more about this event?
I did start with organizing events as ‘True Survivorz’ after my dad passed away by cancer. It was a very difficult time for me and had lots of emotions which I could release during visiting Hardstyle events. De music ment so much to me and played with my emotions. After a while I did come up with the idea of organizing an event for a charity. That’s how True Survivorz – Against Cancer was born.

I started small with the concept in a small youth center in Meerlo, where I used to live back then. Still I did present some headliners like Ran-D and Audiotricz. It was a very nice evening. I realized I had to keep this going so I did get in touch with Club Rodenburg in Beesd.

Now we; Bram Gijsberts, Remon van Dungen and Erwin Smits organized 3 editions of this event already. Since a few weeks we are officially a foundation. In the meantime we are busy organizing the next event which will take place next Saturday the 14th of January! Tickets are still available at: