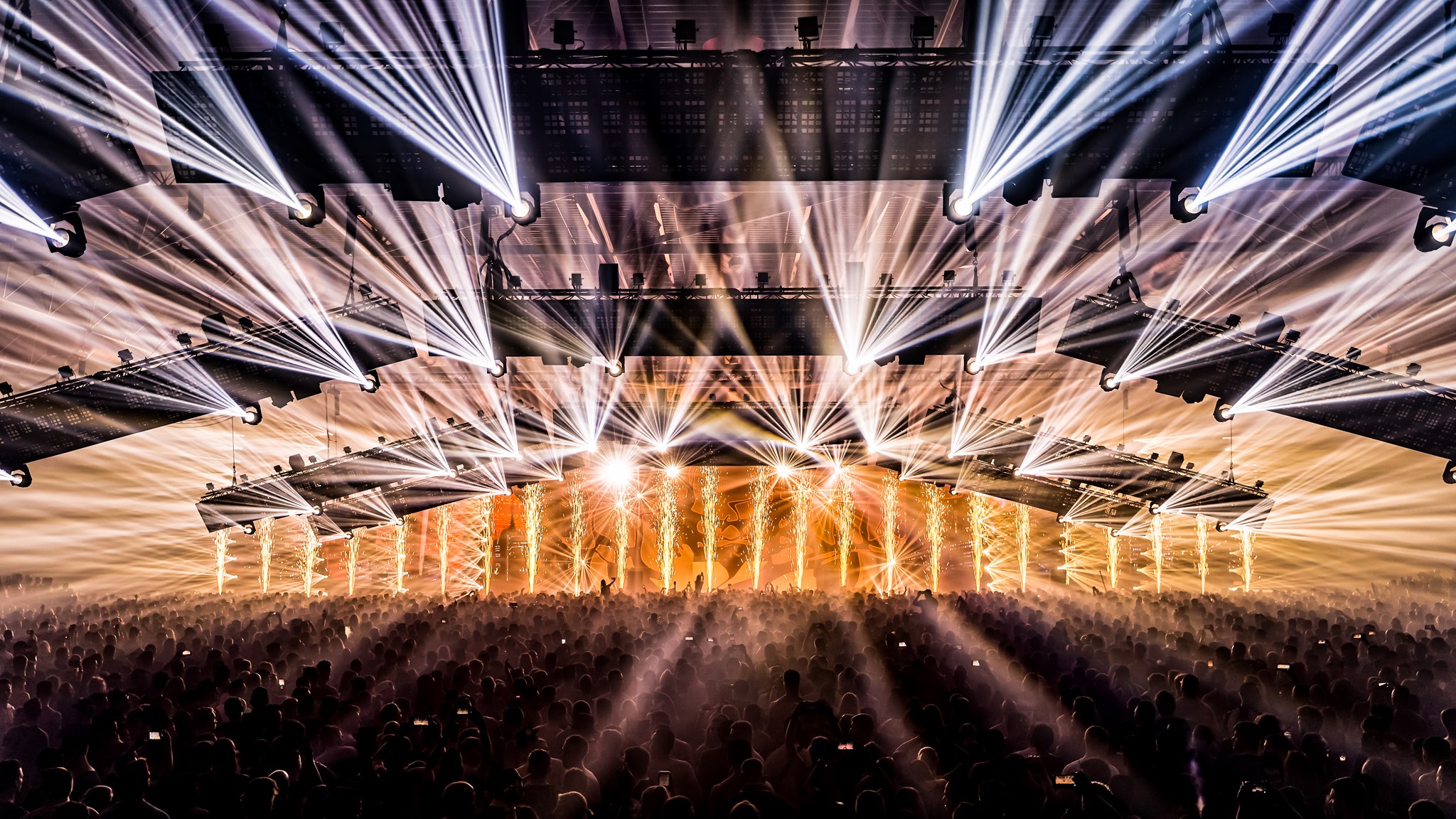 The world of Hardcore has always been connected to the word Thunderdome and the wizard with his fists raised high up. A brand that goes back into the 90’s and has tremendously shaped the nowadays Hardcore and even Hardstyle scene. A brand that comprised CD’s, merchandise and events. The history of Thunderdome is long and complex, but worth to know it. Dive deep with us into the world of thunder and lightening – Thunderdome. Dance or Die!

One thing that any Hardcore-Head for sure knows about is Thunderdome. Thunderdome is a rave that has its roots back in the 1990s. It’s said to be the true origin of all the HDM events as we know them nowadays. Welcome to Thunderdome – The Story.

The very first edition of Thunderdome “The Final Exam” took place on the 20th of June back in 1992 at the Thialf Stadium in Heerenveen (NL).

At first an event for Students

ID&T (organizing Thunderdome since day one) had the idea to create an event for all students that graduated in 1992 (or earlier of course). The event turned out to be a huge success and not long after their first event ID&T was well-known all over Europe.

Back in the day’s people lost their minds listening to these monotone, distorted, hard, and rough beats. Today we keep losing our minds but the music changed. Beats became faster but softer and it all sounds more melodic these days.

With the evolution of sound Thunderdome developed well too. The more editions were meant to happen the more styles were represented at different stages since there was enough space to build more stages than just a main-stage.

So far Thunderdome hasn’t always had only a single date in October each year. There were also years like 1993 where Thunderdome was celebrated six times a year. 1993 had editions in February, March, April, May, October and November.

Thunderdome as well wasn’t always located in the Netherlands. After the fabulous first edition in 1992 Thunderdome was pretty quick well-known all over Europe. That’s why it didn’t take that long for ID&T to be welcomed to many other countries like Switzerland, Belgium, Germany and Italy.

Also in the Netherlands, it wasn’t always the same location. Thunderdome spread across the country throughout the years.

As already mentioned above the very first edition took place at the Thialf Stadium in Heerenveen whereas following editions like “Thunderdome – A Decade” in 2002 (the 10th edition) found its home at the RAI in Amsterdam and “Thunderdome – Payback Time” in 2008 was located at the Heineken Music Hall in Amsterdam.

The past few years Jaarbeurs in Utrecht became the home of Thunderdome. The last two editions since the Thunderdome-Break from 2013 until 2017 were located there.

Thunderdome was completely missing in the years 2013 and 2014.

Thunderdome had an own stage-hosting at the Mysteryland-Editions ever since 2017. And even back in 1997 Thunderdome represented the love for Hardcore at Mysteryland.

There’s no doubt that Thunderdome hasn’t lost the love of its audience over the past few years. Thunderdome has always been very popular. Just to show this off: about 30.000 people visited Thunderdome on the 3rd of October in 1992. At the 20 years celebration in 2012 you could meet around 35.000 die-hards and for the 25th anniversary in 2017 34.000 hardcore-lovers were dancing like there was no tomorrow.

The future – Sportpaleis in Antwerp?

So far ID&T hasn’t announced anything that secures a Thunderdome-Edition for 2020 and since there was a gap-year in 2018 rumors are spreading that the organization will keep the 2-year-rhythm.

Another thing that might cause quite a headache to some die-hards: Bass Events showed off the well-known Thunderdome-Wizard on a Belgian flag in the vouchers of this year’s edition of Reverze. This could be the proof for a Thunderdome-Return to the legendary Sportpaleis in Antwerp (BE) sooner than we think. The last year a Thunderdome-Event took place at the Sportpaleis was 1997.

We’re all waiting for the next announcement but until the scene receives further information we would like you to stay as gabber as you are and by telling you to “stay gabber” we mean:

stand together – no matter what.

be yourself – no matter what.

show your passion – no matter what.

and most importantly: dance and keep partying – no matter what.