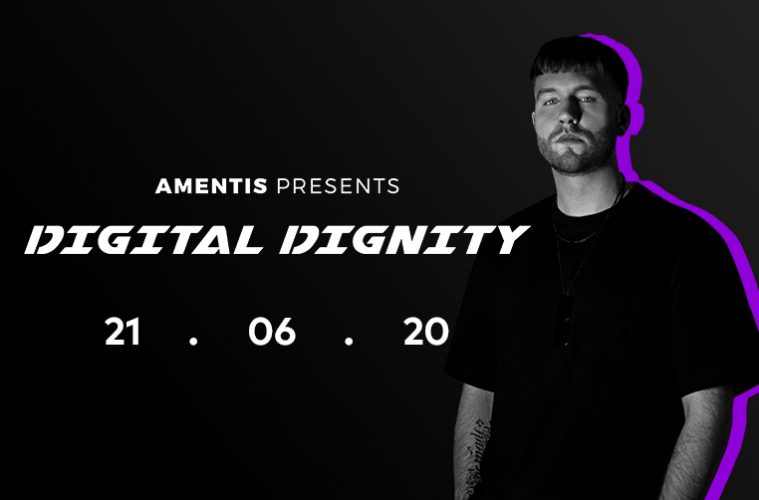 What started as an intention of doing a small stream from home quickly turned out to become ‘Germany’s finest Digital Show’.

As pretty much all governments restricted every kind of events due to the ongoing pandemic till the beginning of September, Jared Wollschläger, better known as Dirty Workz artist Amentis, had an idea.

Driven by the urge to bring the feeling of pure Hardstyle to your home, he started to reach out for like-minded people. Not much persuasion was needed, till DJ colleagues, an equipment supplier, location owner, graphic designer and photographer were willing to be part of this project.

Within 3 weeks Jared and his team managed to not only organize, but also to record a high-quality show including different acts.

Airing on Sunday, 21st of June live on YouTube, Facebook & Twitch, starting at 6 PM, you’re about to witness the true meaning of ‘Digital Dignity‘!

What’s special? By tagging @djamentis & @musicalmadnessofficial in your Instagram story during the show, you have the chance to win some merchandise.