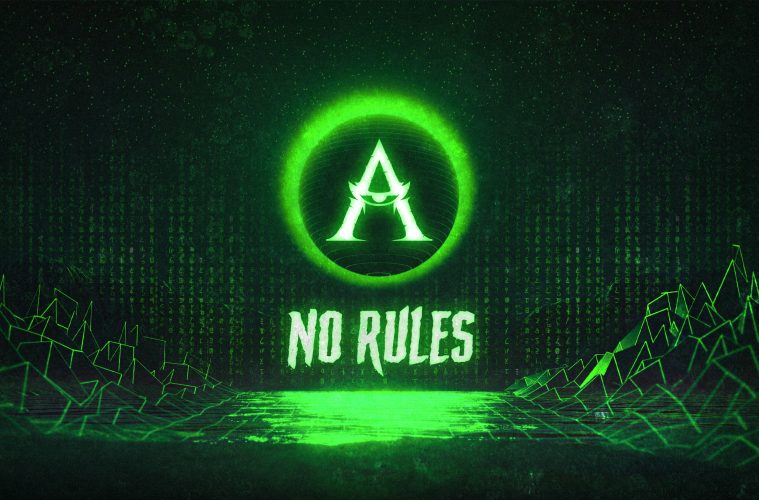 THIS IS AFTERLIFE – No Rules only Hardcore

So the word is out – the mysterious social media account “Afterlife” who was recently created – turns out to be a new Hardcore label. After less than a week of several comments on the socials, announcing things such as “w3’re coming…” – the mystery has finally been solved. With the credo “NO FUCKING RUL3S”, this music label now enriches the hardcore scene with a refreshing brand and attitude.

On their Instagram profile Afterlife unveiled its mystery with the words “We are Afterlife & we’re a new hardcore label that’s gonna change the game forev3r – watch us keep this promise.”  This post was followed by an official statement – what Afterlife stands for:

No Rules – Only Hardcore

LADIES AND GENTLEMEN OF THE WORLD. WE HAVE SOME BIG F*CKING NEWS FOR YOU THAT WILL CHANGE THE WAY YOU RELATE 2 HARDCORE MUSIC. LISTEN UP!!!!!3

Let us first introduce ourselves. We are AFTERLIFE RECORDINGS and we’re a new Hardcore label that’s gonna change the game forever. Yep, we just went there—and we mean it. We’re entering a new stage of the game, a stage of releasing whatever the hell we want. No rul3s exist in our wild HQ, except that we wanna release the best of the best productions. WATCH US KEEP THIS PROMISE. We thrive on expressing ourselves with next-level sick tunez, we are passionate as fucK and want to show the world that high quality Hardcore doesn’t have to be bound by rul3s, conventions or other boring shit. Life is too short for that. We’re a fired-up collective of passionate and rebellious people who’ve linked up to express our vision of Hardcore. We are fuelled by freedom, badass music and well, not giving a fuck. You are invited to join us in the next phase, the AFTERLIFE (or back the f*ck up). HIT US UP ON SOCIAL MEDIA AND GET INVOLVED IN OUR MISSION.

There is really no doubt, that this label seems to be serious about changing the market and its existing rules.

According to our information, the artists who are preparing to release their music is already impressive. Artists like the masked hardcore madness F.Noize, Monkey Bizness, the furious and ambitious Broken Minds, uptempo mastermind MBK, the hardcore dedicated X-Pander, devastating Detest, and the horrifying The SATAN are part of the upcoming releases.

Already on March 24th we will experience Afterlife’s very first release, which is F.Noize & Monkey Bizness – “Monkeys N Skulls”. A title that definitely alludes to F.Noize and Monkey Bizness’ masks.

Who is managing this label?

“Carlos” and “Katy” (fake names have been used) are the persons in the lead and they explain the labels mission:

Hardcore is a genre that’s been growing exponentially worldwide, which is just fucking sick to see. From a tiny and underground genre back in my womb dayz (lol untz untz), to events of tens of thousands of people selling out, Hardcore is unique as fuck with more cool shit to come in the future.  (Carlos – Label Boss)

With this growth and development etc, it’s become quite a strong industry backed by a certain high level of professionalism. I personally feel like this pr0fessional vibe kinda takes away the ‘zero fucks given’ and rough edge that was the driving force behind Hardcore in the first place. Hardcore in my eyes is not giving a fuck, it’s being wild and rebellious and saying a big FUCK YOU to society and the mundaneness of everyday life haha. No fucking rul3ssssssssssss!!!!!1 (Katy – The leading lady)

Afterlife is a music label made FOR Hardcore fans, BY Hardcore fans. We know that there’s not always just one way of doing stuff, including running a label – so with that said, we’re keen AF to have the freedom to just do crazy shit, not give a fuck about any standards and put out the sickest music for the crowd. At the moment we don’t plan on signing artists to the label, we just wanna give everyone an equal opportunity to have an Afterlife release and keep it casual.  We’re a little rough around the edges and don’t give a fuck, cause who has time for that shit anyway? I don’t lol.  Oh and btw before you ask, we’re not a mainstream label, we’re not an Uptempo label, we’re not a Frenchcore label, etc. We’re gonna release whatever the fuck we want – as long as it’s a sick Hardcore that sounds good.

We are curious – Afterlife Hardcore

In total we from Hardstyle Mag are surprised and curious about what Afterlife is going to make with the scene. The mission “No rules, only Hardcore” seems to be clear, but in combination with the announcement of “that they are going to change the rules” the whole thing creates a feeling of an underground movement or even a revolution. The squad of confirmed artists is promising and definitely the perfect match for such a project.  Thus our expectations are big.

SO AFTERLIFE – HERE YOU ARE, SO CHANGE THE RULES ! WE FROM HARDSTYLE MAG KEEP A CLOSE EYE ON YOU