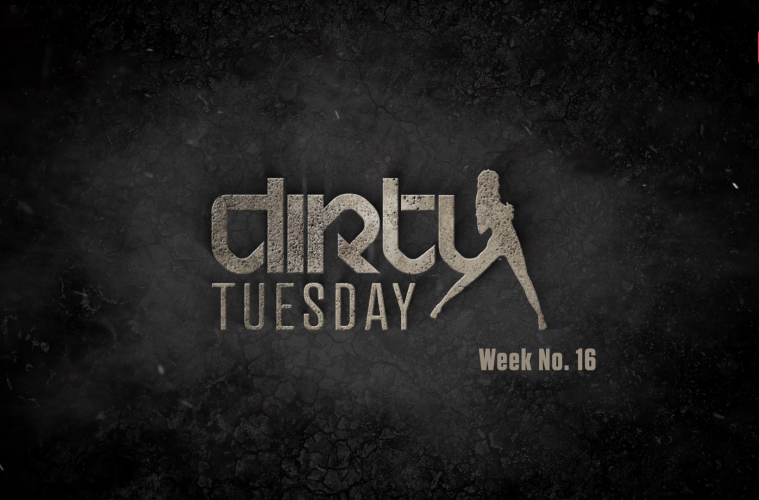 Welcome to the next episode of Dirty Tuesday. A lot of new things happened at the label in the last week and I am here to tell you what’s new. So we kick off the Dirty Tuesday week 16 – and see what music and shows DWX delivered.

Let’s start with the new releases.

On April 7th. Demi Kanon released his remix of Sub Soniks track ‘Infinity’. It’s a good remake of the old one and sends happy feelings through a nice vibe.

Hardriver released his new track ‘Overcome’ with LXCPR on April 9th. The track cover kept in the green of his mini EP ‘All or nothing’. It’s a crazy new track and I really love it. The beginning is melodic but after a short time there are coming raw kicks, a perfect new track which combines melody and kicks.

New projects during the Corona crisis. Dirty Workz started a show called ‘Quarantine Questions’ on YouTube with Artists from the label. So Hard Driver (Belgium) , Refuzion (Norway) , Teknoclash (Germany), Wasted Penguinz (Sweden), Betavoice (Russia), Synthsoldier (Australia), Navras (Italy), Pherato (Italy), Primeshock (Netherlands), Crystal Lake (Israel) were part of episode one. Have a close look and see what they are doing with their free time and how they deal with the current situation.

Also a new episode of ‘Behind the Artist’ came out on YouTube. Mandy is now at the spotlight and she’s talking about her Instagram pictures and the story behind them.

On Saturday was another Qonnect live stream where Coone, Da Tweekaz and Zatox played a set. Coone had a special guest on his live session via Q-dance. His daughter Faye. It was a really cute and lovely scene to see how the little girl is dancing with her daddy behind the Dj desk. A moment for goosebumps on the whole body. If you missed out the live streams you can watch them on the Dirty Workz Channel.

Another ‘Week in Review’ is online where you can listen to all the new tracks at one Video.

Zatox streams live from his garden

Zatox prepared a special live video session from his garden on April 12th. He played a full 90 minutes set, with a surprise. But he didn’t kick off his session directly with Hardstyle. He started with Trance and Progressive tracks. After 15 minutes he then turned the style to early hardstyle and he played Showteks ‘FTS’and his remix of Gigi Gigi D’Agostino – ‘L’Amour Toujours’ and later of course to modern Hardstyle.

Jägermeister reached 20.000.000 steams on Spotify and wrote history around the world from Da Tweekaz. That’s huge! Jägermeister is a great and big party song and if you hear it – you instantly recognize that’s the sound of Da Tweekaz or the story of Jaegermeister. I’ve talked to Da Tweekaz and asked them some questions also about  Jaegermeister.

Look out Dirty Tuesday Week No. 17