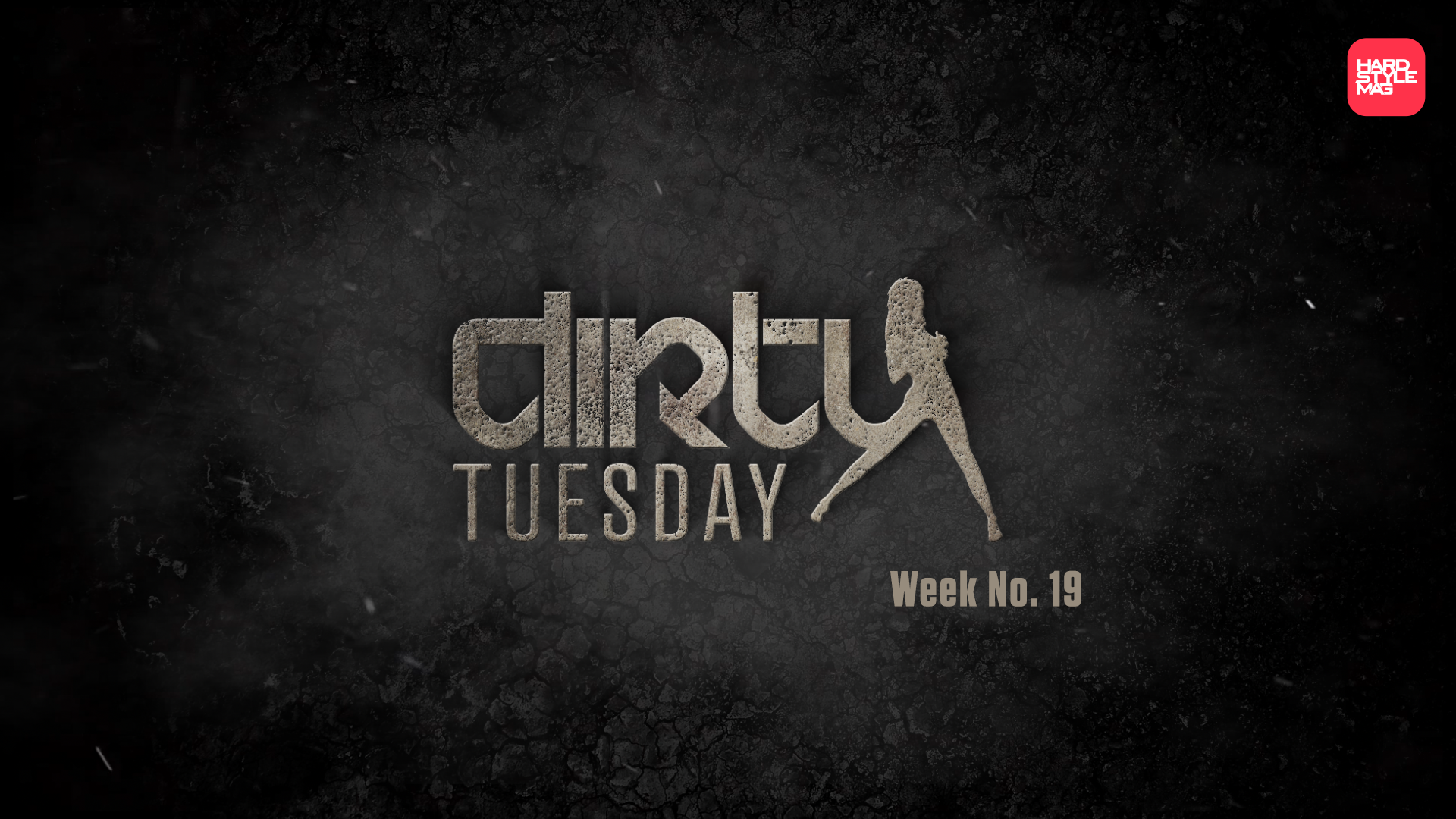 Welcome back to a new episode of Dirty Tuesday. Here you get to know everything about the Belgium Hardstyle label Dirty Workz. We´ve got the newest releases, livestreams and background information about the DJs and everything that was going on in social media.

Let´s start off with the new releases of last week:

Juan David Avila – Wake Up (System of Loudness & Freshtuff Remix) was released on the 29th of April on the copyright free platform of Dirty Workz. System of Loudness is a Spanish Dj Duo and Freshstuff (aka Freshcore) is a Spanish trio. They joined forces to remix „Wake Up “, by Juan David Avila, a Spanish artist and created a cool Hardstyle Remix. It´s a euphoric track with a lot of Spanish vocals. I like this version a lot.

Sub Sonik released his single “Darkness” on the 28th of April, which is from his new album “Kings never die”. We wrote a review about this album and had the pleasure to interview the mind behind it- Sub Sonik!

JNXD und Tellem´s new track „The Revolution “, premiered at Reverze 2020 and was released on the 30th of April.  JNXD is one of the new talents of the label and already successfully released tracks like „Fuck shit up “, “Hard is my Style “, and „Kamikaze “. One of his breakthroughs was the remix of Coones track „Times gettin Hard “.  JNXD recorded „The Revolution “, with MC Tellem. They are good friends, which you definitely notice on stage where they harmonize perfectly. The lyrics tell the same story:

After these vocals and a small melodic part, the beat drops, followed by raw kicks that reflect the melody from the beginning. Convince yourself and check out „The Revolution “.

Audiofreq released on the 4th of May his EP ‘Retrospektive’.

The EP includes 4 new tracks.
1. Audiofreq – The Cure with the lyrics  “What I have to say can bring a change in your life and if you need help all you gotta do is ask and to those who knock, it will be opened” is the message behind it to build you up when you have a hard time in your life. A really good track to make the feelings in yourself to come out and leading on the right path. I like the message behind it and the female vocals fit perfectly together with the pure Audiofreq sound. The old school touch is a good combination with the vocals.
2. Audiofreq – Take Me Higher is a nice track  including different types of vocals. The female vocals are focused to be in the background, the main focus of the song is the nice euphoric sound. It lets you fly higher when you listen to it.

3. Audiofreq – Go Psycho started with male vocals and after hearing “let’s go” a good Hardstyle kick starts. A track which will mentally put you back at the good old times. Go Psycho is a track that combines the old Hardstyle sound with the new sound. I really like it.
4. Audiofreq – Supernova is a track which includes hard kicks, real Hardstyle sound and scratches, at the third bass line there are euphoric melodic parts. The full tracks include male vocals. A track from another planet. It includes different styles in one track.

It’s a unique and cool EP which includes the ultimate Audiofreq sound, I like the old school sound mixed with the new hardstyle sound. Retrospective a nice EP which is Retro but also new. I like it, what’s about you?

Zatox’s new single „Russian Empire “, reached 100.000 klicks on YouTube last week which is outstanding for the short amount of time it´s been online. Check out the video and enjoy this new Zatox track.

Congratulation Refuzion to 10.000.000 streams on Spotify for Don’t care!

Hard Driver – All or Nothing

The new episode of Hard Drivers podcast „All or nothing “, finally went online last Wednesday. I don’t want to give away too much, but you will see some details from Hard Drivers private life, his set from Reverze 2020 and a lot more. The mini-series should give his fans an exclusive glimpse behind the scenes, a glimpse on the gigs, his studio sessions and his life as a DJ and producer.

As a little special the EP „All or nothing “, was rereleased with four new tracks. They´ve all got different colors: yellow, blue, green and purple.

Yellow – All or Nothing ft. Szen

Blue – Blow the club down

On Friday the 1st of May the new episode of „Tweeka TV “, aired. This project from Da Tweekaz includes a cool livestream, and this time, it´s all about Disney. This episode was 2h 43m (!) long.  As you probably know Kenth and Marcus love everything that has to do with Disney, especially remixing Disney soundtracks.  It´s always a lot of fun watching Da Tweekaz fooling around and especially in times where we can´t go partying ourselves livestreams like this are a really cool alternative. The stream is supported by Rossumedia, The Appartyment and SWAG MGMT.

On Saturday the 2nd of May another edition of „Qonnect“, aired on YouTube, where Wasted Penguinz and Sephyx played live sets.

I had the opportunity to have a chat with Sephyx and get to know more about him and his career as a DJ :

How did you get in touch with hardstyle?
I got in touch with Hardstyle through my older brother who was listening to it. It caught my attention immediately and fell in love with the genre.

How did you manage to work with Hardwell and how was it?
Hardwell is my neighbor and I sent him a USB with my music, he told me he really liked it and that he was always interested in Hardstyle. So he let me make a remix of ‘Mad World’. Later on, he had the idea of remixing ‘Don’t let me down’ so I made a draft and we finished it the next day!

What do you think of the scene at the moment?
The scene right now is more powerful than ever, with many great releases and artists. But this also means it’s harder for an artist to stand out. Hardstyle is growing nicely world wide which is really good for the scene as well. I think in the future Hardstyle will continue to grow and become bigger than ever.

What are your goals for the future? Are there some collabs planned with other Dirty Workz artists?
My goals for the future are to continue to grow together with the scene globally. To create better music with every release and to give the fans a better show every time.
Refuzion and I have planned to work on something together and created a cool melody. We still got to finish that one, so that’s probably one for the future!

You are still quite young, how did you manage to start your career with school, etc?
In the first few years, I would go home after school and work on music the entire time. After I finished high school I wanted to focus on music full time! I’ve never had any problems with combining the two, but now that I do it full time, the flow is way better.

On Sunday the 4th of May, Dirty Workz uploaded the new edit of” Week in Review”. Here you can listen to the new tracks from last week in one video!

Social Media Give-Away from The Elite

The Elite(aka Coone, Hard Driver, and Da Tweekaz) started a give away on the socials last week. There are 2x T-shirts from the new merchandise being drawn. Take a look, and maybe you´ll get one. If you don´t want to leave it up to luck you can visit the Dirty Workz merch store online and maybe add some stuff to your collection.

The new „We are warriors“ flag from Mandy can also be purchased online since Saturday.